Graeme Smith leads the side that features Ian Smith, Dwayne Smith among others.

There have been 29 Test cricketers who have appeared on the scoreboards over time with the last name ‘Smith’. Arunabha Sengupta makes an all-time XI from these men.

Smith. The most common family name of England — even if we don’t consider the hyphenated and non-hyphenated composites.

It spreads across the British Isles, Australia, New Zealand as well as South Africa — that is if we stick to the cricket playing nations. Apart from that there is quite a large population of Smiths in the United States and Canada. Besides, the Germans use the more formidable sounding Schmid, Schmidt, Schmitt, Schmitz or Schmied and the Dutch modify them to suit their tastes with de Smid, de Smedt, de Smet and so on. Afrikaans derivations form Smid, Smit, Smed…

It is no mere coincidence that as many as 29 Smiths have played Test cricket — even if we ignore excellent hyphenated stalwarts like Chuck Fleetwood-Smith and derivatives like Gerald Smithson. After all, the name originated from the verb ‘smite’ — which means to hit — and was used for men who worked with metals. Romantic cricket literature abounds with the exploits of the village blacksmith as the contrasting batting partner of the more peaceable willow of the parson. A Smith, by his genes, is born to have a hit.

Hence, any self-respecting cricket aficionado is forced to try his hand at the task that suggests itself in the most obvious way. Yes, to make a quality eleven out of all the Smiths who have played the game at the highest level.

So, let us get down to it — in batting order.

1. Graeme Smith (c): The choice of the first name is — to use a cliché — a no-brainer. By far the most famed and successful cricketer among the 29 Test playing Smiths, he is also bound to be the captain of the side. A collection of 117 Tests and 9265 runs are more than anything the other Smiths have come close to achieving. And 109 of those Tests were as one of the most successful captains of the world.

2. Chris Smith: There were several contenders for the spot of the other opening batsman. These included Devon Smith and Cammie Smith, two men from West Indies separated by half a century, the left handed Derbyshire opener of the 1930s Denis Smith, and the rebel Australian cricketer of the 1980s Steve Smith. None of them set the cricket grounds on fire, but Chris Smith — the brother of the more talented Robin — was the most accomplished of the lot. He was a good enough South African batsman to play eight Tests for England in the 1980s and had a commendable First Class record for Glamorgan, Hampshire and Natal.

3. Robin Smith: The second big name in the eleven. Robin Smith was one of the top batsmen of his time and one of the hardest hitters of the ball. He played 62 Tests for England with a lot of success, including some gutsy innings against the mighty West Indians.

4. Steven Smith: With four hundreds and a batting average into the 40s in the 20 Tests he has played till now, this young Australian promises to become one of the stars of the Smith XI. When required he can also send down his Shane Warne lookalike leg-breaks — they are not that lethal but useful nonetheless.

5. MJK Smith: This bespectacled former England captain played 50 Tests with reasonable success, leading the country in exactly half of them. Apart from adding experience in the middle, he will take on the role of the deputy to Graeme Smith.

6. OG ‘Collie’ Smith: Perhaps the most gifted of the Smiths, Collie batted with aggressive fluency and bowled inspired spells of off-spin. His infectious enthusiasm and huge grin made him a joy to watch. His natural inclination was to belt every ball, but he learnt to curb his instincts to attack with some semblance of restraint. He had the knack of picking up valuable wickets with his off-breaks, and the ability to lift the spirit of the entire side with his magnificent fielding. The ideal all-rounder for the side.

7. Ian Smith (wk): Surprisingly, there are two quality wicketkeepers among the 29 Smiths — and a few other decent ones. While Tiger Smith was a legend of his times, representing England just before the First World War, New Zealander Ian Smith gets into the side with 63 Tests under his belt, the most experienced cricketer in the team after the captain. Neat glove-work aside, he could give the ball a whack and scored two Test hundreds.

8. Dwayne Smith:A batsman who can strike the ball savagely and a medium pacer who can pick up useful wickets, Dwayne Smith is perhaps one of the modern bits and pieces career meant for the shorter to shortest formats. However, he has enough talent to make the top XI for the Smiths.

9. Jim Smith: Big Jim Smith was a genuinely fast bowler who hurled them down from the great height of six feet and four inches, and his enormous county success ensured five Test matches for England. Additionally, when he came in to bat, it was accompanied by the often fulfilled anticipation of huge hits and express run making.

10. Charles Aubrey Smith: A man more associated with Hollywood than cricket, CA Smith came off a curious angle while bowling which gave rise to the name ‘Round the Corner’ Smith. He led the English side during what turned out to be the first ever Test tour of South Africa. A good man to have in the side, provided he does not wear his reading glasses at slip.

11. David Smith: Although this Gloucestershire man’s Test career was limited to five Tests with six wickets at an average of almost 60, he did enjoy an excellent career for his county. With the ability to hit the seam and also move it away from the batsman, he picked up 1250 First-Class wickets at 23 apiece. He also caught cleanly and without fuss in the slips.

12. Steve Smith: The other Steve Smith, the Australian whose career ended before it had taken off because of his preference for the rebel tours to South Africa. He played three Tests with limited success, but his First-Class record makes him the most suited reserve opener for the team.

13. Tiger Smith: A wicketkeeper of considerable class, he can slip on the big gloves if Ian Smith nurses a niggle. Besides, he could bat as well, and scored 20 First-Class hundreds.

14. Brun Smith: This Kiwi batsman played just four Tests and averaged 47. He was a spectacular strokemaker and a brilliant fielder, ideal as the substitute to run into the field if required.

15. Mike Smith: Yet another Gloucestershire bowler who never made it big in Test matches — he played just one and did not pick up any wicket — he was one of the most potent swing bowlers in England in the 1990s. His 533 wickets at a sub-25 average speak a lot for his class. 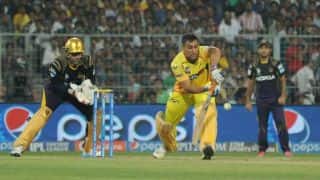 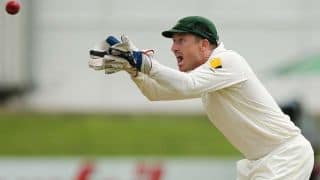