Lee Germon is a former New Zealand cricketer who captained the side on his Test debut.

Born November 4, 1968, Lee Kenneth Germon, is a former New Zealand cricketer, who captained the side during a critical time. His international career may have lasted only 12 Tests and 37 One-Day Internationals (ODIs), but the Canterbury cricketer has done enough to merit a place in the annals of New Zealand cricket history. A day after his birthday, Suvajit Mustafi looks at 16 facts about the Kiwi wicketkeeper, who led New Zealand in his very first Test.

As a young kid, he went to wrong venue to watch a tennis match. He saw a game of cricket being played at Horton Park in Blenheim and joined it, only to fall instantly in love with the sport.

As a youngster, Germon not only played the sport but also followed it religiously. He read a lot of cricket books and about great past Test matches, while he himself sharpened his wicket-keeping and batting skills.

Germon made his First-Class debut at the age of 19, when he represented Canterbury against Auckland. His side won by nine wickets and he scored a 37 not out and took four catches behind the stumps.

4. The 77-run over and the “most embarrassing moment”

In a First-Class game in 1990, Germon took 77-runs off Bert Vance’s over. Unbelievable right? Here’s what happened: Canterbury needed 95 to win from 12 balls with two wickets in hand. Opponents Wellington desperately wanted to win the match and they decided to give easy runs to Canterbury in order to stand a chance to win. Vance bowled 17 no-balls on purpose and Germon hit him for five fours and eight sixes.

The target came down to 18 from an over. Germon managed to get 17 from the over and needed a run to win from the last ball. By now the confused scorers on the ground lost count of the insane proceedings and couldn’t update it. Not knowing one was required from the last ball, he blocked the final ball. Wellington’s strategy backfired and they were not docked a single point for violating the spirit of the game but were penalised four points for a slow over-rate. Germon ended up with 160 not out. In the year 1993, Germon described this incident as his most embarrassing moment.

Germon was one of the most renowned captains in the domestic circuit and when the national side were marred by disciplinary problems. Glenn Turner, the new coach wanted to change the side’s culture. Germon was by then regarded the best wicketkeeper in the country. He went on to become the captain and the 32nd cricketer to lead the side on Test debut.

Germon debuted against India at Bangalore in 1995 and batted at No.8 in both the innings. He got 48 and 41 in the match, but couldn’t avert a New Zealand defeat.

Under Lee Germon, New Zealand gave Australia a tough time in the quarter-final of the 1996 World Cup, however the latter powered by a Mark Waugh century still won. Germon scored 89 and for a long time it was the highest score by a wicketkeeper in a World Cup knock-out game till 11 years later, Adam Gilchrist surpassed it with a hundred in the final and in 2011, MS Dhoni pushed Germon’s feat to the third position with his unbeaten 91.

He did quite well as a captain and led New Zealand in the 12 Tests he played and 36 of his 37 ODIs. A year and half after his appointment and after squaring a series against England, he was told that he was dropped. In an interview with co.nz in 2015, Germon said why he was dropped, “A taxi driver dobbed Cairns in from coming home at about 3 am or something, I think, during a Test match. I was pretty outspoken in saying he shouldn’t be picked for the next game as a punishment. The management obviously sided with him, he was the type of player who would help sell tickets and I was out. That was the beginning of the end for me. Well, the end of the end really.”

Germon’s captaincy success rate in ODIs stands at 44.44%. It may not be that great but there was a significant improvement considering that the previous captain Ken Rutherford’s success rate was 30%.

After being a Canterbury stalwart for 12 seasons, he retired in 1998. However he was persuaded by his former coach Glenn Turner to play for Otago in 2000. He played till 2002 but as a batsman and wasn’t very successful.

He lives in Halswell and there are no signs of his cricket background at his home. It’s a woman-dominated household. Germon and his wife Toni have a teenage son, Luke and three daughters —Sophie, Aimee and Shannon.

During his early playing days, he worked as a laundry boy but post his cricket career he used his leadership skills by becoming the South Island Development Manager for the Bank of New Zealand. He was also the CEO to Mainland Soccer, before moving Tasman Rugby Union as its CEO. Since 2009, he has been the boss at Canterbury cricket, a region he brought many accolades as a player.

In-charge of Canterbury cricket, Germon had to face a lot of challenges in order to convert Hagley Oval in Christchurch to an international venue. The devastating earthquake in 2011 meant that Hagley Oval had to be looked upon as a serious venue. An opponent who was among many that didn’t want this to happen even told him, “Lee, someone who tried to mess with Hagley Park in the past died of cancer. I hope you do, too.” Though he can laugh it off now but it wasn’t funny when it happened and he also got telephone threats. Determined, he didn’t back off and completed the dream project as the venue hosted the inaugural game of the ICC Cricket World Cup 2015.

Germon continues to be a respected leader and having completed the Hagley Oval project, he has earned respect of many. His wife Toni has seen triumph over the challenges and in an interview summed up Germon’s determination aptly. She said, “What’s the saying, ‘the hottest fire makes the strongest steel’, that sums Lee up.” 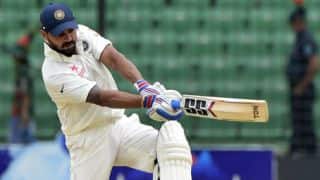 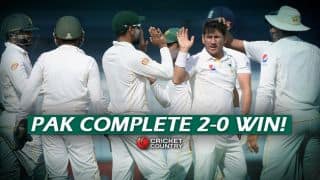