I didn’t see much of Abdul Qadir’s bowling live, but growing up we had enough videos of him in our residence for me to see just what an artist he was. The hop, skip and then the springy run- up to the crease was supplemented by a sorcerer’s goatee, giving him the image of a mythical character who would mesmerise the opposition batsmen into submission. Qadir was the man who started my journey into the admiration of leg-spin. 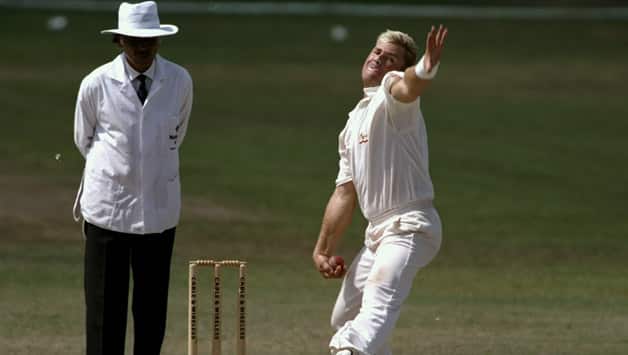 There were many highlights of my trip to the Masai Mara in Kenya: Watching a group of lionesses playing with their newly-born cubs, the sight of crocodiles feasting on wildebeest as they crossed the Mara river… but one specific memorable moment was when I had the pleasure of seeing a cheetah from a few yards away. Seeing one of the most amazing of creatures at such close quarters was an exhilarating and unforgettable experience. The words of my driver still rings in my ears, “Make the most of this opportunity. It’s a rare sighting and not many get to see this opportunity. You are lucky.”

Like the cheetahs in the Mara, leg-spinners in international cricket have become an endangered species. Once an important and vital component of most international teams, the leg-spinner seems to be dwindling like the population of some endangered animals and as welcome by most Test captains as the in laws turning up when you have a romantic evening planned.

I didn’t see much of Abdul Qadir’s bowling live, but growing up we had enough videos of him in our residence for me to see just what an artist he was. The hop, skip and then the springy run- up to the crease was supplemented by a sorcerer’s goatee, giving him the image of a mythical character who would mesmerise the opposition batsmen into submission. Qadir was the man who started my journey into the admiration of leg-spin.

My own foray into bowling leg-spin lasted two overs when in a club match, for some unknown reason, I decided to give it a go after I’d managed to somehow turn a few in the warm-ups ahead of the match. The captain was impressed, as were my team mates and I thought this could be the start of a blossoming career of bowling leg-spin. Thinking I was the new goatee-less Abdul Qadir I hopped, skipped and jumped to the crease…24 wicketless runs from 12 deliveries were enough for me to return to my usual dose of medium-pace seamers and therein my leg-spin career ended before you could say Ian Salisbury. However, despite my own disastrous attempt at bowling leg-spin, the art has always fascinated me. There’s something unpredictable and mesmerising about watching a high class leg-spinner in action and despite my lack of ability to bowl leg-spin, the admiration for these artists has remained.

Qadir disappeared from the scene, but it was one delivery from Shane Warne that rekindled my passion with leg-spin. Yes, the one to Mike Gatting — The Ball of the Century!

Since then I have followed Warne’s career closely, with all its ups and down, mainly ups, I must say. Warne was an artist, arrogant at times, almost telling the opposition batsmen how he would dismiss them. Warne brought a fast bowler’s mentality to the art of leg-spin. What the commentators say about Lionel Messi could be said about Warne as well: “There won’t be another like him”. Warne had supreme self confidence about him, his variation and guile. Very few batsmen managed to get the better of him. One or two thought they had mastered his bowling only to be embarrassed, whilst others simply got stage fright as soon as they had to face Warne from 22 yards.

Whilst not in the class of Shane Warne, Mushtaq Ahmed was a leg-spinner who impressed me. He had that same energy and enthusiasm that Abdul Qadir displayed and in the 1992 World Cup, Mushtaq’s bowling and subsequent celebrations made him a name that will always be remembered fondly by Pakistani cricket lovers the world over. However, before Mushtaq was famous I had the pleasure of facing him in a net session when he was playing club cricket in the UK. Mushtaq was a bundle of energy, jovial and fascinating to watch at close quarters. He bowled googlies at me, top spinners, conventional leg-breaks and then to show his full repertoire he also bowled some accurate left arm spin. I asked him if he could teach me the art of leg spin to which he replied “show me your wrists”. I showed him my wrists and he said “sorry you cannot be a leg-spinner”. Mushy’s response wasn’t flattering but he said it in such a way and with such a big smile on his face, that I knew he was being brutally honest in his own amicable way.

Abdul Qadir, Shane Warne, Danish Kaneria, Anil Kumble, Bhagwat Chandrasekhar, Mushtaq Ahmed, Richie Benaud and Stuart MacGill are just some of the names that have done the art of leg spin proud. They’ve terrorised batsmen at times and have shown the value of having a leg- spinner in your Test side — match-winners the world over, bowlers capable of turning a match on its head in the space of a few overs. Many of the aforementioned were bowlers who their respective captains could turn to when they needed some magic.

However moving to the present day, the art of leg-spin seems to be a distant memory when it comes to Test cricket. Left-arm spinners and off-spinners are the “flavour of the month” for captains and selectors. Leg spinners have become as rare as a fully fit Australian pace bowler.

West Indies’ Devendra Bishoo arrived, played 11 Tests and hasn’t played a Test match for nearly a year. Pakistan’s Kaneria has been banned for reasons we are all familiar with, Australia’s hopes seem to be on Pakistan-born Fawad Ahmed who is currently playing for Victoria, although Adam Zampa has been earmarked as one for the future by none other than Shane Warne. Steve Smith has four Test wickets and seems to be viewed more as a batsman and an occasional bowler rather than vice versa.

South Africa’s Imran Tahir has failed to live up to expectations in Test cricket. His inability to stem the flow of runs and bowl a consistent line and length has meant that the South Africans opted for Robin Peterson against Pakistan. England’s spin resources are made up of the ever reliable Graeme Swann and Monty Panesar, who barring any miracles have cemented the first and second choice positions in England’s spin department.

India’s Amit Mishra’s 43 Test wickets in 13 matches cost him over 43 runs apiece and he has subsequently been cast into the cricketing wilderness after the emergence of Ravichandran Ashwin. On the other hand New Zealand have for many years relied upon Daniel Vettori. However, given his fitness issues one wonders how long he will continue in international cricket. In addition the Black Caps have hardly produced many leggies over the years.

Pakistan’s leg-spin hopes, given Kaneria’s “situation”, seem to be reliant upon 26-year-old Yasir Shah who has only played three times thus far for Pakistan, all in limited-overs internationals. With Saeed Ajmal, Abdur Rehman and Raza Hasan all performing well and in the plans of selectors and respective captains, the chances for Yasir Shah seem to be bleak. Looking further ahead, Usman Qadir, the son of Abdul Qadir, could be a leggie that may make a name for himself in international cricket, but predicting the futures of young Pakistani cricketers is a risky business.

Looking over recent Test scorecards, the only nation currently featuring a front line leg-spinner is Zimbabwe with Graeme Creamer who leaked 103 runs without a wicket in the recently concluded Test match in Bridgetown against the West Indies.

Why is leg-spin becoming the unwanted step sister of international cricket? I spoke with a former Pakistan Test captain who believes there are two underlying issues as to why leg-spin is becoming less fashionable in Test cricket. He stated “there is simply a dearth of talent around the world when it comes to leg spinners. I believe that if there were leg-spinners around that were good enough then we would be seeing them playing in Test cricket. At the moment we have a number of high quality off-spinners and left-arm spinners, but I’ve spoken with a number of coaches around the world who tell me that there are no exceptional leg-spinners coming to the fore. The other reason I believe is that there are a number of Test captains who want to play risk free cricket and that means they believe they cannot afford the luxury of having a leg- spinner in their side and prefer the reliability of a left arm spinner or off-spinner.”

Leg-spin needs a shot in the arm, it needs a hero, a Warne, a Benaud, a Kumble, an Abdul Qadir or Mushtaq Ahmed. It needs a big name, a hero and role model that youngsters can look up to and want to epitomise. For fans of leg-spin, it’s unfortunate to see Test match after Test match without the great art of leg-spin at the forefront.

Sadly, leg-spinners have become the equivalent of the Cheetahs in the Masai Mara. We can only hope that both become more visible in their respective environments. 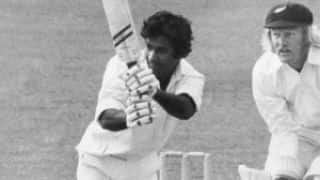