The number of Tests that have reached a result after 400 overs is not as high as we think. In other words, four-day Tests will only result in a handful of extra draws.

By the time you read this you will know that four-day Tests are upon us irrespective of whether we like it or not. The idea came up when South Africa had proposed that they would host Zimbabwe for a four-day (pink-ball) Test commencing on Boxing Day later this year. While some individuals and boards have voiced support of the idea, others have not, insisting the match not be given Test status. It is another thing that a Test between South Africa and Zimbabwe is unlikely to go into the fifth day, especially on South African soil but then, that is hardly the point.

Five-day Tests were not the norm in the early days of cricket. England used to host three-day Tests (yes, despite the weather). The last Test used to be timeless (in other words, played to a finish) if and only if the series was still alive. Len Hutton s 364 (out of England s 903 for 7) at The Oval in 1938 came in a timeless Test.

Tests in Australia were always timeless till World War II. The concept faded away after the War. The Durban Test of 1939-40 the one that did not yield a result after ten days of cricket and had to be stopped only because the Englishmen had to take the Athlone Castle back home was probably responsible for this. The organisers had agreed upon the last-Test-will-be-timeless-if-still-alive concept for the 1946-47 and 1948 Ashes, but it was not needed in either. By 1950 timeless Tests had been abolished.

However, that did not mean that five-day cricket was adopted as a norm. England toured Pakistan in 1969-70 amidst political turmoil. Due to the unrest, the matches were scheduled for four days each.

Five seasons later India and West Indies were tied 2-2 when the final Test began in the newly-laid Wankhede Stadium. They had agreed on a six-day Test. When ICC had organised a Test between Australia and a World XI, it was scheduled for six days. That was as late as in 2005-06.

The 90-over count per day is also relatively new, too. Back in the 1980s, when cricket was essentially a winter sport (and was often disturbed by bad light), cricket was restricted to 77 overs a day, which was later increased to 83. England, obviously, had longer hours, and thus accounted for more overs a day.

As fast bowlers took over in the 1980s, the over rates grew abysmal. When Australia had famously scored 721 in a day against Essex in 1948, they had actually faced 129 overs on that day.

The second day of the 1936 Old Trafford Test yielded 588 runs (England went from 173 for 2 to 571 before India put up 190 without loss). The number of balls bowled cannot be obtained here, but Charles Davis had estimated to be about 140 overs in 380 minutes.

How feasible is this?

This is not the first time four-day Tests are being considered. Back in 2015, Colin Graves of ECB had proposed four-day Tests and 40-over World Cups to increase interest. Graves logic was based on the fact that Tests in England can feature 105 overs a day. That would mean a total of 420 overs a Test instead of the 450 we see today.

At various points, others have echoed the same opinion. Back in 2016 Mark Taylor had told Sports Entertainment Network: It ll only add to the appeal of the game, make it a bit shorter and a bit faster. That s what people of this generation want to see. You ve got one less day to win, lose or draw a game, so it does force captains and players to be a little bit more aggressive in their thinking.

Similarly, Stephen Fleming, told The Sydney Morning Herald: There are periods during the game now when it drifts and audiences have dropped off. At times I ve commentated and watched a Test and it’s meandered through rather than pushed on.

One may argue that in some countries (India, for example) 105 overs of cricket may not be possible, given the daylight. That is a genuine concern. However, 100 overs can be accommodated, since that is the accepted length of an ODI.

The question is: are 400 overs a day sufficient?

There have been three drawn Tests this year. In the first, at Dunedin between New Zealand and South Africa, only 339.1 overs were possible due to rain.

In the third instance, at Hamilton between the same sides, that count went down even further, to 290.3 overs. The draw flattered South Africa, who finished on 80 for 5 after conceding a 175-run lead.

The only Test that went the full way was played at Ranchi, between India and Australia. Yes, that was a proper draw.

Yes, draws are getting rarer and rarer. This is not a fluke. Over the past four seasons only one-sixth (16.67%) of all Tests have been drawn. We are discussing 162 Tests here, which is certainly not a small sample.

Teams are pushing for results these days more than at any point in history. Whether limited-overs cricket has been beneficial for Test cricket remains debatable, but it cannot be denied that runs are being scored at a rapider pace.

Years 2001 to 2017 occupy 17 of the top 18 spots (the only exception being 1921, which makes an appearance at the 16th spot). This has obviously allowed sides to bat for fewer overs per innings for getting the same number of runs.

This was an effort to point out how desperate teams are for results. There is no doubt that teams are still trying to save Tests, but there is also no doubt that they are not being able to.

We have established that there are more results in Test cricket these days but will four-day Tests have an impact on this development?

The numbers we need to look at are the ones marked in red. The number of Tests that have reached a result after 400 overs is not as high as we think. In other words, four-day Tests will only result in a handful of extra draws.

But then, the captains will definitely find a way around this. The draw percentage has come down drastically in 450-over cricket thanks to faster scoring and aggressive declarations. There is no reason to think captains will not do the same in 400-over cricket.

How will cricket benefit?

Let us face it: barring England, at times, Australia, Test cricket seldom draws full house. Counting on gate money for profit is a thing of the past. The money comes from broadcasting rights, and the rights are typically sold along with limited-overs cricket.

Since there is little attendance, why stretch matches to five days when four can produce results? Eleven (no less) out of 33 Tests in 2017 have been decided inside 300 overs. In other words, if these were four-day Tests, one-third of the Tests of 2017 would not have gone into the fourth day.

Do not get me wrong: hard-fought, intense draws are worth anyone s money and puritans (count me in every time) crave for them. But what if a significant proportion of Tests get over before even the fifth day begins?

As for saving matches, they can always happen. With quicker scoring by the dominating side, sides may still be expected to bat out over a day (remember, a day will be equal to a hundred overs) in the fourth innings.

First-innings declaration scores of 500 will probably be reduced to 450; with time, however, in the same number of overs the sides will once again get closer and closer to the 500-mark.

What are the challenges?

The 100-over day may be a problem. One may argue that the same 100 overs are played in an ODI. However, a day in Test cricket means two intervals that combine to form an hour. What is more, the second half of an ODI is almost always played under lights: this means that violating the three-and-a-half-hour restriction will result to fines but not abandonment of play for the day.

But, hey, is Test cricket not played under lights if the captains agree to it before the series?

Of course, there are grounds in world cricket that have not hosted floodlit matches. Sabina Park and Galle International Stadium immediately come to mind, as do the Zimbabwean grounds. Longer days may be a problem in Test cricket in these grounds; that is a problem that can only be resolved over time.

Another potential problem perhaps the biggest challenge is a rain-washed day. If a five-day Test loses a day the match is reduced to 360 overs, which drops to 300 overs in four-day matches barely enough to guarantee a result.

Yes, that will be a genuine cause of concern, and will have to be addressed. A solution may be to include a reserve session (not necessarily an entire day) only if the Test has seen less than 330 over: I chose a number between 300 and 350; it can obviously be improved upon using more sophisticated methods.

How will cricket benefit?

First and foremost, the broadcasters will get the same return, but for less investment; that will, in all probability, provide a wider range of coverage.

A four-Test series will mean a reduction by four days. The organisers can actually cram in another Test; if not, a pre-series tour match, which has never hurt any touring team.

To fill up the stands, the four-day matches should ideally begin on Fridays. The action will be at its peak on the second and third days, which will now also become the penultimate day and the day before that. These should coincide with the weekends.

In countries like Pakistan, Bangladesh, and UAE, where the weekends cover Fridays and Saturdays, the matches will obviously begin on Thursdays.

As for the fourth day, the first day of the week, how about free admission? In 2017, 19 out of 28 decided Tests have not lasted even 350 overs. In other words, these Tests would have got over by midway on final day. Attendance is likely to be sparse anyway so why not use that day to promote Test cricket?

Of course, Taylor and Fleming have both insisted on Thursday starts. Their logic is probably derived from golf tournaments (that typically last from Thursday to Sunday). However, given that a chunk of matches not lasting beyond the fourth morning, having the last day on a Sunday may not be the ideal scenario.

Of course, there are odds and ends to be sorted out. Once that is done, just do not forget that the follow-on margin will become 150, and we should be fine. 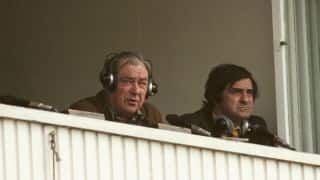 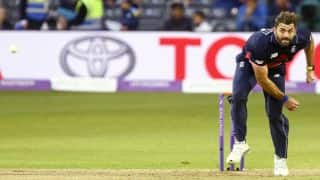