The story involves an occasion when Winston Churchill and Lionel Tennyson were both visiting Taplow Court.

The date remains unknown; even the year. There is, however, no doubt regarding the authenticity of the story, though one may narrow it down to somewhere around 1908, Lionel Tennyson s last year at Eton.

The Grenfells were happily married despite Ettie s numerous relationships. Of her suitors, the most prominent was Archie Ian Gordon, son of the 1st Marquess of Aberdeen and Temair, but he was almost certainly not the only one.

The list of luminaries she hosted were enough to fill up a complete Who s Who: Rudyard Kipling, Oscar Wilde, HG Wells, Siegfried Sassoon, Henry Irving, Edith Wharton, and Edward VII (then Prince of Wales) and more.

And then, there was the fact that she was the confidante to six British Prime Ministers: Archibald Primrose (5th Earl of Rosebery), Arthur Balfour, Herbert Henry Asquith, Stanley Baldwin, Neville Chamberlain, and Winston Churchill.

Indeed, life at Taplow Court was quite eventful those days.

Lionel Tennyson, as veteran of the Great War, Wisden Cricketer of the Year in 1914, captain of Hampshire and England, and 3rd Baron Tennyson, led an eventful life. He did not become a poet as accomplished as his grandfather, but his autobiography From Verse to Worse bears enough evidence of his literary potential.

Tennyson was a regular visitor to Taplow Court during his school days. He did have his friends.

Captain Julian Henry Francis Grenfell, eldest son of William and Ettie, was a year older than Tennyson. A soldier and poet, Julian Grenfell would be killed in the Great War at a mere 27.

Lt Hon. Gerald William Grenfell, the second son, was two years younger to Julian. He was killed a month after his elder brother.

Fortunately for the parents, the sisters, Monica and Alexandra, lived longer.

Young Lionel gelled well with the brothers, presumably with Julian and Gerald.

The story involves an occasion when Churchill and Tennyson were both visiting Taplow Court. One must remember the significance of 1908 in Churchill s life: he was promoted to the Cabinet as President of the Board of Trade; he became MP of Dundee; and he married Clementine Hozier.

Churchill and Ettie (Lady Desborough) were busy in conversation on the bank of The Thames. It is easy to visualise Churchill no less at his immaculate best, in top hat, frock coat, stiff shirt and collar. He would later draw controversy during his tenure as Prime Minister (and rightly so), but there was little doubt that few were as representative of British imperialism.

How did he react? Let me quote Tennyson here: Mr. Churchill behaved in the most sporting manner imaginable about it, and on regaining the shore, dripping and hatless as he was, interceded for us with Lady Desborough in an address which I have never heard excelled for humour and the arts of advocacy. 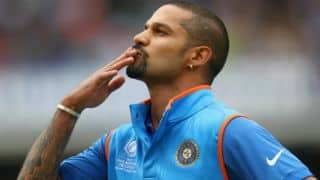 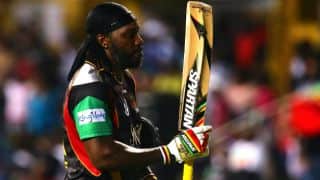