With their maiden Test series win in Australia, India now have a wins in every Test nation barring South Africa.

With their maiden Test series win in Australia, India now have a wins in every Test nation barring South Africa.

Three years later, India claimed maiden series victories in West Indies with the Ajit Wadekar‘s side getting the better of the Caribbean side 1-0 in 1970/71 – the series known famously for then then unheralded debutant Sunil Gavaskar s stunning tally of 774 runs in the series.

History was created months after when Wadekar one again led India to a monumental 1-0 series win over England.

Against neighbours Sri Lanka, it took India a fairly long time to register a series win under Mohammad Azharuddin in 1993 (1-0).

Bangladesh, the new entrants in 2000/01 season, ran into a strong India team led by Sourav Ganguly and even though this was a one-off series, India ticked another away win, albeit in the subcontinent.

One of the most gratifying and probably the most sought after series win for India came in 2003/04, on the back of Virender Sehwag s record-setting triple ton in Multan under the leadership of Ganguly and Rahul Dravid beating arch-rivals Pakistan 2-1.

And adding to this list is Australia – with Virat Kohli-led team claiming their first series win, 2-1, Down Under this season. 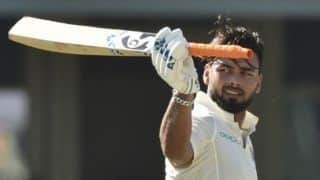