The India Under-23s won the ACC Emerging Teams Cup by beating arch-rivals Pakistan in the final at Singapore. Lokesh Rahul was the best performer in what was a team-effort throughout the tournament. Nishad Pai Vaidya reviews India’s success in the South-East Asia. 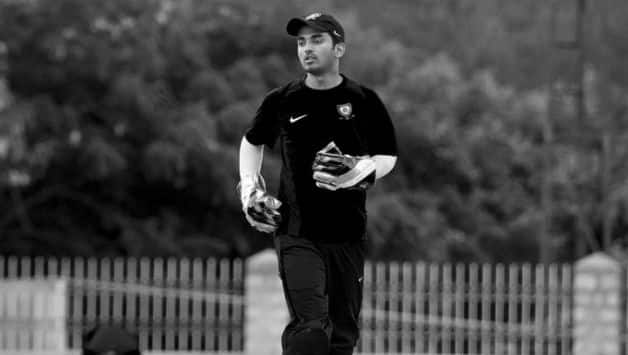 Lokesh Rahul scored three half-centuries in the tournament, with the most important knock coming in the final against Pakistan (Photo courtesy: KL Rahul on Facebook)

The India Under-23s won the ACC Emerging Teams Cup by beating arch-rivals Pakistan in the final at Singapore. Lokesh Rahul was the best performer in what was a team-effort throughout the tournament. Nishad Pai Vaidya reviews India’s success in South-East Asia.
The year 2013 is one Indian cricket is unlikely to forget in the near future. A group of youngsters led by Mahendra Singh Dhoni lifted the ICC Champions Trophy 2013 against all odds and to mark the possible dawn of a new era. The success of the senior side has now spilled into the representative teams, which are also showing potential and assured that the bench strength is strong. India A — a side packed with regulars — won the tri-series in South Africa. But, the performance of the India Under-23 team is what presents more hope. Led by Mumbai’s Suryakumar Yadav, the youngsters beat arch-rivals Pakistan to win the ACC Emerging Teams Cup in Singapore.

The India Under-23s played five matches at the tournament and won four of them, including the big final against Pakistan. The only defeat came during the last league game against Afghanistan. The important thing here is that Afghanistan were playing their senior side — one that has competed with the big teams in the past. Raees Ahmadzai, the former Afghanistan captain had spoken to CricketCountry about their fast bowlers and that department stung India in their encounter. However, in other games, it was a team-effort that got India through and there were no big stand-out performances.

In general, the tournament has been a low-scoring affair. India’s highest total of 268 came against Nepal, but that wasn’t classified as a List A game. A total of 230 was recorded only five times during the competition. The bowlers have had success and a good innings or two helped a side cross the line. Even in the bowling department, there have been no fifers for India and their success has largely been due to a good team effort. In every innings, there was one bowler who stood out, while the others chipped in with crucial wickets. The batsmen would then manage to overhaul the target.

Sandeep Warrier, Ankit Bawne, Akshar Patel and Baba Aparajith delivered those crucial spells. Patel’s four-for came in the crucial semi-final against the United Arab Emirates (UAE) and helped India defend 208. Aparajith again showed that he can deliver under pressure as his off-spinners troubled Pakistan in the final. It is interesting that almost exactly twelve months ago, he was a part of the successful India Under-19 side at the World Cup. Through all that, even Sandeep Sharma made his presence felt by bowling well with the new ball. Apart from the games against Afghanistan and Nepal, he got the early breakthrough to open the floodgates for India.

The disciplined bowling effort helped them restrict the opposition to totals of 191, 184, 184, 162 and 159. Warrier, Sharma and Aparajith are the joint leading wicket-takers for India in the tournament with seven each.

In the batting department, Lokesh Rahul has stood out with three fifties. His most important knock came in the final against Pakistan as his unbeaten 93 helped chase down a target of 160 with relative ease. Manprit Juneja is the other star as he scored fifties in the semi-final and final. India’s two top performers combined in the final to ensure a safe passage to victory. Unlike previous games, there were no jitters or collapses this time.

Unmukt Chand was one player to watch out for and had two innings of note (against Pakistan and Nepal). However, it has been the Rahul show since then and he has ferried India in troubled times. He has been one stand-out performer with the bat and will be watched closely during the upcoming season. Rated highly in Karnataka, he has been on the selector’s radar for age-group cricket and has answered the calls this time.

Although, there may not be too many stand-out performers to pick from this victory, what is encouraging is that they showed their fight and grit in tough situations. While the under-19 tournaments are watched with keen interest, the under-23 structure can also help groom talent. Many players are lost in transition between under-19s and the senior level. The under-23 or similar age-group competitions can act as a roadmap to seamlessly push a youngster to the next level. A major problem this time was that the games were not televised and as a result, did not attract a lot of attention. With India winning the competition, that might change in the future.