Lou Vincent upset for not getting Bigg Boss invitation

Lou Vincent upset for not getting Bigg Boss invitation

The former New Zealand cricketer has not got an invite even a week after boldly confessing.

Banned New Zealand cricketer and swashbuckling opening batsman Lou Vincent, has been upset over not having received an invitation to participate in India’s most-watched reality show, Bigg Boss, thus far, even a week after boldly confessing his involvement in match-fixing.

“What the hell is this, yaar? Sreesanth didn’t openly confess, but he’s been banned and all that and he earned himself a handsome call from Jhalak Dikhla Ja. I thought I would go a notch above him, make an open, bold confession and head straight to the mother of all reality shows, Bigg Boss! It was amazing how people lauded my so-called bravery to confess. Thousands of idiots even wrote ‘#respect’ and stuff, Hahaha! All this made me feel really positive and I thought I’d earn one soon, but it’s been a week and I still haven’t received any damn invitation! Life sucks!” Vincent wailed to The UnReal Times.

Vincent said that he’s now looking at other shows like Iss Jungle Se Mujhe Bachao and Khatron Ke Khiladi. The Bigg Boss team, however, said that though they were impressed by Vincent’s controversy, they still have doubts over his personality. “There’s no doubt he’s stirred up an amazing controversy, but look at the chap – he was just an amazing batsman and has done absolutely nothing eccentric! On the other hand, look at Sreesanth – with all his histrionics and temper tantrums and antics, he’s just pure gold – a collector’s item! Unfortunately, the Jhalak team beat us to him!,” said the show’s organizers.

Vincent, however, has still not given up hope. “My last resort will be to try and become a panelist at the epicenter of drama, The Newshour. Let’s see how things go!” Vincent signed off. 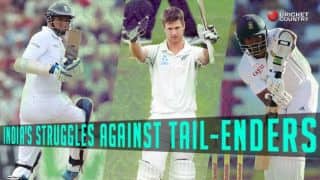 India’s inability to clean up tail: a statistical overview 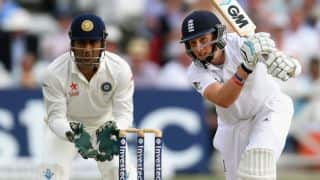