I first watched Sachin Tendulkar bat when he was brought to the nets of the Indian team as a 14-year-old. I was stunned to watch this teenager bat with such maturity; it was simply amazing. Later on, I faced him when Delhi played Bombay (as Mumbai was known then) in a Ranji Trophy game at the Wankhede during the 1988-89 season 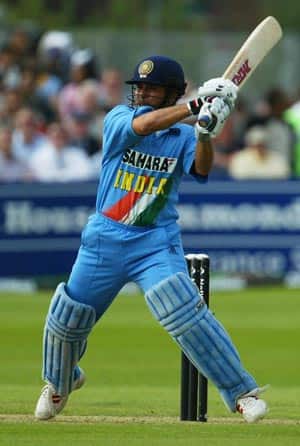 In mid-2000s Maninder Singh had commented that Sachin Tendulkar (above) played for records. In their subsequent meet in England, the Little Master politely asked Maninder, “Mani, yaar (Hindi for mate), I play cricket with so much passion and you think that I would play for records!” © Getty Images

I first watched Sachin Tendulkar bat when he was brought to the nets of the Indian team as a 14-year-old. I was stunned to watch this teenager bat with such maturity; it was simply amazing. Later on, I faced him when Delhi played Bombay (as Mumbai was known then) in a Ranji Trophy game at the Wankhede during the 1988-89 season — which was his first. Sachin scored 78 in that game and he was so impressive. Yes, I was bowling to a 15-year-old kid, but it looked as if I was bowling to a guy with 15 years of First-Class cricket behind him.

Sachin played with so much ease as he was stepping out, playing shots over extra-cover or mid-off. He picked up the length so quickly. I met my coach in Delhi after the game and I told him, “Sir, you will hear this name — Sachin Tendulkar — for a long time. He is going to play for the country, and for a long time.” Although, I didn’t imagine he would play for 24 years, but I was convinced I had seen something amazing.

I was a part of the Indian team for the tour to Pakistan in 1989, during which Sachin made his international debut. For someone so young on a maiden tour, he was so calm and composed, despite a few tough outings. He got two fifties in the Test series and failed in the One-Day International (ODI) he played, but the expression on his face and reaction was the same at all times. It just showed that he could handle failure as well as success stoically.

On that tour, he was bowling leg-spin in the nets when I told him, “Sachin, if you concentrate on your leg-spin, in case you don’t score runs, you can play for India as a bowler. You are so brilliant!” Today, when I think about it, I laugh at myself as I was advising a guy, who went on to get 100 internationals tons, to take up leg-spin in case he didn’t get runs!

Sachin’s passion for the game is unbelievable, and it has stayed through for 24 years. Even today, he has the same passion when he had when he started off playing. I have often said that his craze for the game is so intense that if you give him a bed after the game on the ground, he would sleep there and then wake up in the morning and start playing again. Whether it is batting, bowling or fielding, he did it with the same heart. For example, if he bowled, he would compete with the bowlers in the side. That is why he has been successful in one-day cricket as a bowler as well. He is a mentally very strong.

In 1997, I had gone to South Africa for some commentary for Star Sports. I just went to the dressing room and heard some knocking in the bathroom. Then, I saw it was Sachin playing tennis ball cricket! He just wouldn’t get tired of playing cricket.

It was in the mid-2000s when the Indian team was in Sri Lanka for a tournament. I had been critical about Sachin and said that it looked like he was playing for records. The next month when they were in England, I was doing commentary and was at the pitch for a report. Sachin came up to me and said, “Mani, yaar (Hindi for mate), I play cricket with so much passion and you think that I would play for records!” He said it so sweetly and there was absolutely no anger. I said to myself, “My god!” Somebody must have told him what I said and he came and spoke to me so politely. These are the things that make him great. I felt so small then as I had said something like that about this great human being.

I was associated with the Mumbai Indians for a little while and worked with him there. I couldn’t believe someone who has achieved so much could be so humble. It is almost as if he doesn’t know who he is. People may get swayed after they achieve something, but when I worked with him then, I saw the same Sachin Tendulkar with whom I had travelled to Pakistan in 1989. There was not an iota of change in that ‘boy.’

Cricket will go on, and there is no doubt about that. It may be difficult for a few Tests to see an Indian team without the champion. It is certainly going to be an emotional moment when Sachin retires after his 200th Test. Now, I would be interested to see how he stays connected with the game. He may stop playing cricket, but I don’t think cricket is over for him as he can mentor the youngsters by sharing his experiences.

Sachin has been absolutely amazing. To be consistent for 24 years is simply phenomenal. I wish him a great life after retirement. He should now take a break and enjoy life as he has been under so much pressure all these years playing for the country.

I am quite sure he will be involved with the game in some way or the other.  You can’t take Sachin Tendulkar away from cricket!

Thank you for entertaining us, Little Champion!

(Maninder Singh was a left-arm spinner who played 35 Tests and 59 One-Day Internationals (ODIs) for India. After retiring from cricket, he took up umpiring before becoming a well-known commentator) 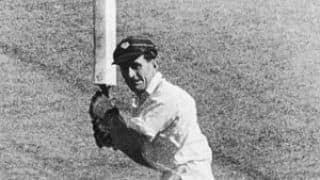 Ken Mackay: An obstinate Australian workhorse in a team of glamorous champions