Madhusudan Rege, known for his obduracy and gritty determination, was a Maharashtra mainstay. Unfortunately, he played a solitary Test.

Madhusudan Rege was born March 18, 1924. His obduracy and gritty determination at the top of the order made him a fine batsman at domestic level. Abhishek Mukherjee looks at a resolute Maharashtra mainstay.

Being a contemporary of champions like Vijay Merchant, Vijay Hazare, Rusi Modi, Mushtaq Ali and later on, Polly Umrigar, Vijay Manjrekar and Pankaj Roy was never going to be an easy task. Breaking into the Indian side for a decade after World War II was always going to be a Herculean challenge: and that was exactly what Madhusudan Ramachandra Rege was up against.

Rege’s career spanned over a period of 10 seasons in which he surprisingly played only 39 matches, mostly for Maharashtra. He scored 2,348 runs at 37.26 with 6 hundreds and 12 fifties with a highest of 164. He also picked up 33 wickets at 42.96, though one must mention here that his off-breaks were bowled with a slightly dubious action.

The son of a police-inspector, Rege was born in Panvel. He made his First-Class debut at an age of 19 against Nawanagar. Batting at No. 9, he played a sheet-anchor role to Krishnakumar Jadhav, and the pair added 96 for the ninth-wicket before Rege fell for 52. He was promoted to the top in the second innings and he scored 25 more. The next match saw him score 72 and 25 against Baroda, both as opener.

The innings that propelled Rege into instant stardom was not even a First-Class match. Lindsay Hassett’s Australian Services were bowled out for 300 by Indian Universities at Poona; Rege opened the batting, added an unbeaten 344 with Abdul Hafeez (later Kardar) for the second wicket and scored an unbeaten 200 himself in 270 balls with 23 boundaries. Not content, he followed it with 72 and 26 against Sind, and 101 — his maiden First-Class hundred — against Europeans in the Pentangular.

After an emphatic 131 for Bombay University against Mysore University in the Rohinton Baria Trophy of 1946-47, Rege’s reputation as an accumulator became more popular in the Indian cricket circuit. Then came the Zonal Quadrangular Match (later the Duleep Trophy) where he scored 149 in a team score of 306 against an attack consisting of Lala Amarnath, Khan Mohammad and Fazal Mahmood.

For a team like Maharashtra (whose glory days were past them by then) First-Class matches against competitive teams were hard to come by, but Rege kept his hopes alive. Selected for West Zone against the touring West Indians, Rege scored a strokeful 49. With KC Ibrahim scoring only 25 runs from 4 innings, Rege was drafted in for the fourth Test of the 1948-49 home series against West Indies at Chepauk with the series levelled 0-0.

John Goddard decided to bat first and both Allan Rae and Jeff Stollmeyer went after the Indians, both scoring hundreds and adding 239 in 230 minutes. The partnership ended when Rege caught Rae off Dattu Phadkar, who finished with 7 for 159; Everton Weekes was run out for 90 on his pursuit for a sixth consecutive hundred and the tourists amassed 582.

Rege went out to open with a belligerent Mushtaq, who scored 32 out of an opening stand of 41 before falling to John Trim. Rege followed shortly afterwards as Prior Jones ran through his defence: he had scored 15. Trim then ran through the Indian line-up, bowling them out for 245. Goddard enforced the follow-on.

This time Rege fared even worse: before he (or India) could score a run, he edged one off Jones and the ball found its way into the humongous gloves of Clyde Walcott. India never recovered from the situation and were bowled out for 144, the wickets being shared by Jones, Trim and Gerry Gomez. Ibrahim was recalled at Brabourne Stadium and Rege never played another Test.

Rege’s form did not desert him: immediately after the Test, he scored 93 against United Province at Kanpur in the Ranji Trophy quarter-final. Then came the famous semi-final against Bombay at Poona: Rege’s drop of Ibrahim did not prove costly as the batsman was dismissed for 32. Mantri’s 200 and hundreds from Uday Merchant and Phadkar took the score to 651.

Despite being reduced to 36 for 3 Maharashtra were not willing to give up: Manohar Datar and Rege added 258 for the third wicket; Rege batted brilliantly, taking Patrick Dickinson for three consecutive fours to bring up his hundred in 182 minutes. Just when it seemed that Rege and Datar had seen Maharashtra out of danger it happened: bowling round the wicket Keki Tarapore tossed one up; Rege padded it away, but the ball hit his pad and rolled on to the stumps. He had scored 133.

Maharashtra were bowled out for 407 on Day Four; Uday Merchant and Phadkar both scored hundreds, adding 302 for the fourth wicket; the middle-order also made handy contributions before Mantri eventually declared the innings closed on 714 for 8 on the sixth morning.

Mantri had set a target of 959. Once Kamal Bhandarkar fell, however, Yeshwant Gokhale sent out Rege at first-down; Rege opened his account with 4 fours, and brought up his fifty in 48 minutes with three consecutive boundaries off Phadkar. He scored 75 out of 106 in the first hour after lunch, was dropped on 86 and reached 98 at tea. Shortly after tea he became the eighth batsman to score 2 hundreds in a Ranji Trophy match (Phadkar had become the seventh earlier in the match).

Bowling first-change in each innings, Rege had sent down 77 overs in the match for the return of a single wicket. It was as marathon and tireless an effort as any in the history of the tournament. Maharashtra stretched themselves beyond believable limits and eventually scored 604 and lost the match by 354 runs.

There were Derek Shackleton and Roy Tattersall, of course, but it was Brian Statham and Malcolm Hilton who left the hosts reeling at 59 for 6. Rege counterattacked with panache, adding 86 with Ravindra Bhadbhade and 57 more with a teenager called Bapu Nadkarni. When he eventually fell to Tattersall, he had scored 133 out of the 202 scored during his stay at the wicket.

Maharashtra scored 249 and as the match meandered towards a draw, Rege brought himself on as the eighth bowler. Umpire Noshirvan Nagarwalla was not too sure of his action and no-balled him for chucking twice in his first over. He took himself off and did not bowl again in the match.

[Note: Though the footnotes of the match mention Rege being called twice by Nagarwalla for throwing, the figures in the actual scorecard shows his figures as 1-0-1-0; one can conclude at least one of the two sources of information is erroneous.]

Towards the end of 1953-54, Rege pulled off an excellent all-round performance at Kolhapur: he scored a career-best 164 and declared the Maharashtra innings closed at 576 for 6; and along with Chandu Borde (4 for 50), he helped rout Gujarat for 151, taking 3 for 21 himself.

The next season turned out to be Rege’s last: batting first he was dismissed for three as Maharashtra went down for 260; in an inspired spell (3 for 47) he reduced Baroda to 87 for 3 before Ramchandra Patel and Gogumal Kishenchand added 170 and took Baroda to safety.

A Bachelor of Arts (BA) and a Bachelor of Teaching (BT), Rege taught in a school. He passed away on December 16, 2013, a few months short of his 90th birthday. 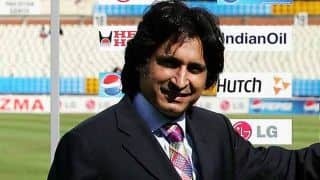 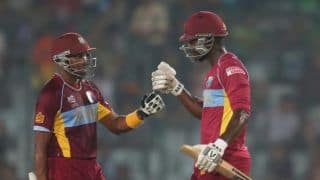