After losing back-to-back series at home against England and Pakistan respectively, Indian cricket team’s captain Mahendra Singh Dhoni has declared that he had no problems if his captaincy was reviewed. 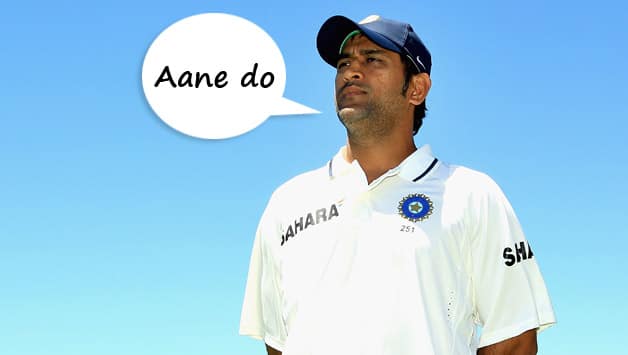 After losing back-to-back series at home against England and Pakistan respectively, Indian cricket team’s captain Mahendra Singh Dhoni has declared that he had no problems if his captaincy was reviewed.

“Well of course, we have been losing too many matches of late,” Dhoni candidly admitted, “However, let us follow the law of the land. Knee-jerk reactions will not help anyone.”

The Indian captain said that he was ready to face a Central Bureau of Investigation (CBI)probe, or a show-cause notice, or a commission of inquiry headed by a retired judge, or any such similar stuff that usually follows when something goes horribly wrong in the country.

“You can’t just hang me because we lost a couple of series,” Dhoni protested, “Nor can you sentence me to face inquisitions by Arnab Goswami or ACP Pradyuman. A proper process has to be followed.”

Sources tell Faking News that Dhoni had the support of Board of Control for Cricket in India (BCCI) President N Srinivasan. The BCCI chief had promised him that if the government didn’t come up with some commission of inquiry, BCCI itself will start a CBI probe.

“BCCI will form a new body – Cricket Board of India – CBI, which may give a clean chit to Dhoni,” a highly placed source in BCCI revealed.

With Dhoni’s position possibly secured, coach Duncan Fletcher too is reported to be seeking inspirations from various public figures to get a clean chit for himself.

“Fletcher is planning to meet Dhoni and demand immediate steps to strengthen the team’s performance,” a source disclosed. “Apparently he’s following the policy of Sonia Gandhi, who’s kind of coach of the UPA government and asks the government to take corrective steps from time to time.”

When Faking News asked Dhoni if he was ready for the eventuality where Duncan Fletcher could come to him and seek corrective measures in full public view, he said, “Aane do!“

Meanwhile, unconfirmed sources claim that Virat Kohli has sent an SMS from his Celkon mobile to N Srinivasan that he was ready for a bigger role.