After a spirited Malay side had been defeated by the experienced England cricket team led by WW Read at Cape Town, one of the local Malay spectators asked for an unusual piece of memento.

March 23, 1892. After a spirited Malay side had been defeated by the experienced England cricket team led by WW Read at Cape Town, one of the local Malay spectators asked for an unusual piece of memento. Arunabha Sengupta remembers the incident.

The Test match was over early on the third day. The inexperienced South African side was helped in their battle by the expat Frank Hearne who had stayed back after England s pioneering tour of 1888-89. But another expat did all the damage. JJ Ferris, the Australian terror, scythed through the two innings picking up 13 wickets. WW Read s team was way too strong for the local talent.

With the entertainment over sooner than expected, hasty arrangements were made to pit a local side against the tourists who obliged by agreeing to play on. This was a side of the Malays. Eighteen of them took field that day. That was to be the first and last time a visiting side would play a non-white team in South Africa till Derrick Robin s XI played the South African Africans in 1973.

The Malays lost, but were an impressive lot. L Samoodein scored 55 and a devastatingly fast bowler called Armien Hendricks captured 4 wickets for 50.

It was this same Hendricks whose omission from the 1894 team to England caused the first racial furore in South African cricket. He was acknowledged by the touring Englishmen as the fastest bowler in South Africa.

If the fielding had been a bit better, the competition could have been a bit stiffer. The Englishmen had been rather reckless in their running, and had the men in the field been sharper at least three of them could have been run out. But, a 63-run deficit was too much for the local team to battle against.

In the end the indigenous side succumbed to a 10-wicket defeat, Fred Martin and Arthur Pougher taking wickets by the buckets in the second innings, in heartless hurry to finish the match.

In the first innings, Alec Hearne had obtained 7 wickets.

Yes, Alec Hearne turned out for England while his brother Frank played for South Africa in this series. Another brother, George, was also in the England team as was a cousin JT Hearne.

It is George Hearne who recalled what took place after the match, After the match we were surrounded by the Malays, and one of them bagged for a bit of my necktie, which was in the colours of then team. I cut a little piece off, and he pinned it to his coat. And I was told afterwards that it would be buried with him.

Cricket fans. They come in all kinds. And the lust for memorabilia is both eternal and all-encompassing. 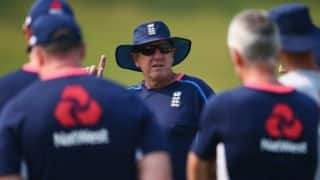 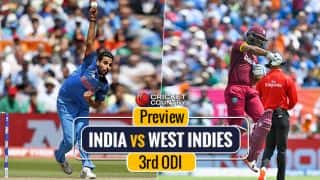