Frustrated by dogged resistance of Ian Smith for the second Test in a row, a raging Malcolm Marshall threatened to kill him during the next Test.

April 10, 1985. At Guyana, frustrated by dogged resistance of Ian Smith for the second Test in a row, a raging Malcolm Marshall threatened to kill him during the next Test in Barbados. Two weeks later, when the tour moved to Barbados, the paceman struck the New Zealand wicketkeeper a sickening blow. Arunabha Sengupta recalls the sequence of events.

Thorn in the side

This series was supposed to undo the tiny snag in their saga of unparalleled dominance.

It had started in 1976 against India, and then the fearsome fast bowling machinery had steamrolled one side after another, with their supreme batting line up providing the runs required for serial humiliation.

The only glitch had been that upset by the puny New Zealanders when the all-conquering side had visited in 1979-80 after overcoming their colossal neighbours. The unheralded, unfancied Kiwi men, allegedly aided by poor umpiring, had surprised them 1-0 in a series marked by shoulder charges on umpires and stumps kicked out of the ground by disgruntled Caribbean pacemen.

That had been their only loss in the last nine years. Of course, with their best players away in the Packer Circus, Alvin Kallicharran’s men had been beaten in India in 1978-79, but that did not really count.

It was now 1985, and the brigade led by Viv Richards were eager to set the record straight. At long last, they were hosting the New Zealanders. They were eager to demolish them, crush them as they had crushed the rest of the world.

In the last few years, they had beaten India at home and away, done the same to Australia, had pipped Pakistan in the sub-continent and had thrashed England at home and drubbed them 5-0 in Old Blighty.

New Zealand remained the only side that still retained the rubber against them! And they were a band of useful cricketers and no more.

The series had kicked off at Port of Spain and immediately the home team had realised that it would not be that simple. Richard Hadlee had dismissed Desmond Haynes and Larry Gomes for ducks, and the scoreboard had read 9 for 2. West Indies had recovered through a Gordon Greenidge century, but some adhesive batting by John Wright, Jeff Crowe and a painstakingly slow Geoff Howarth had thwarted them. And in the second innings Hadlee had batted for over three hours, and young stumper Ian Smith had kept him company for the last hour as they had saved the match for the Kiwis.

The New Zealanders had refused to be beaten. Smith had been the unlikeliest new kid from the small island country to frustrate them.

“I’m gonna kill you in Barbados”

Three days after the Test was over, the two sides locked horns in Georgetown, Guyana.

To the frustration of the fast men, the pitch was lifeless and the outfield fast. In fact, both the wickets had been slow thus far, and West Indies had been forced to field a spinner in both the Tests, Roger Harper at Port-of-Spain and debutant Clyde Butts at Bourda. This was not really the recipe for demolishing the Kiwis as they wanted to.

Yet, after winning the toss, the home side made full use of the batting strip. Richie Richardson produced a splendid exhibition of square-driving to finish the first day unbeaten on 140. West Indies were sitting pretty on 271 for 2, with just the platform required to launch their fast bowling artillery at the visitors.

However, the Kiwis remained as dogged as ever. The following day, they stuck to a nagging line and length, especially left-arm spinner Stephen Boock. The Caribbean batsmen could not really cut loose and score too quickly. Richardson batted for 200 minutes that day adding just 45 to his score. The result was a declaration at the end of the day at 511. Too much time had been consumed in a faltering attempt to push the score along.

The following day, the quicks struck. Joel Garner got Ken Rutherford early. John Wright was dismissed by some electric work in the field. Malcolm Marshall ripped a fast one past Jeff Crowe’s bat to bowl him. And then he made one leap up and skipper Geoff Howarth fended it to short leg. With Michael Holding crashing one into young Martin Crowe’s helmet, it seemed the usual rout was on the cards. The scoreboard read an unsteady 98 for 4.

But these New Zealanders were scrappers. The younger Crowe, minimising his movements at the crease, keeping still and opening his hips and back to get himself into position once the ball had left the bowler’s hand, settled down to a serene innings. He remained on the back foot, handling the short stuff effectively. Alongside the experienced Jeremy Coney dug in, looking a picture of confidence. The long spell by Butts did not worry the batsmen at all. When the skies opened up 55 minutes before scheduled close, New Zealand had recovered to 230 for 4.

After a day of rest, the sides resumed on Wednesday morning. Ten runs later, Holding’s ball took the edge of Coney’s bat and flew to Richards at slip. With still quite a lot required to make West Indies bat again, the quicks licked their lips and zeroed in for the kill. Hadlee resisted gamely, but Marshall got him to snick. At 261 for 6, the lower order to follow, inroads seemed to have been made towards the elusive victory.

But, no. That valiant stumper, Ian Smith, was at it again. The fast men kept bowling short and Smith gleefully cut them away again and again, and refused to give an inch. At the other end, Crowe had brought up his hundred. The two progressed without much bother, handling the pace with plenty of panache, going past the follow on mark and looking good for many more.

They batted together for nearly three hours, three hugely disheartening hours for the West Indians, and the stand amounted to 143. In the end, Marshall lost it completely.

As Smith played another of his scorchers with consummate ease, the bowler approached him, looked threateningly him in the eye, and yelled, “Smith, Smith, I’m gonna kill you at Barbados! Wait till I get you in the next Test, Smith!”

The young wicketkeeper was well and truly petrified. And no one could blame him. However, he did manage to bat on and complete his half century before falling leg-before to Marshall for 53.

Crowe carried on and was last out for a magnificent 188 scored over 9 and a half hours, with a six and 22 fours studding the innings. With No. 11 Ewen Chatfield remaining unbeaten for 35 minutes, New Zealand totalled 440.

The final day of the Test was a tale of going through the motions, with the Kiwis using eight bowlers and Richardson completing another fine half-century.

Not an empty threat

Marshall’s threat was not an empty one.

The two sides met again at Kensington Oval, Barbados, 15 days after the conclusion of the second Test. On a rain-affected first day, on a lively pitch, Richards won the toss and inserted the tourists. Back to the time-tested strategy of four fast bowlers, the skipper unleashed his predators on the batsmen.

Marshall tore in and got Wright caught behind, Garner had Howarth caught in the slips, and Marshall made short work of Rutherford, getting the batsman to edge. All three wickets fell with the Kiwi total stuck on a solitary run. Martin Crowe, with the huge 188 under his belt, was the only one who looked like scoring runs. But, after battling for an hour and a quarter, he went too far back to a Holding delivery and trod on his stumps. Almost simultaneously, rain lashed the ground and the first day’s play was over with New Zealand on 18 for 4.

Half an hour into the second day, Marshall induced a thick edge off Coney and Richardson held the catch in the slip cordon. At 37 for 5, it was time for Smith to make his way to the ground. Even as the batsman took guard, the fiery pace bowler switched to round the wicket.

The balls that followed peppered Smith’s torso. They zoomed in for the head, a few went over and the others were variously negotiated with bat and body. One reared up nastily, and struck Smith’s left forearm as he protected his face. The sound of the impact was hideous. Even from the pavilion it seemed that the arm had been broken.

Smith departed soon enough, fending a snorter to one of the many men who stood behind the wicket in an arc. And he was rushed to the hospital for an X-ray.

The story goes that as he sat in the waiting room, a small kid came up to him and asked for his autograph with the words, “Man, please sign.”

Smith turned the pages, and found it scribbled by a number of famous cricketers from around the world. “Gee mate,” he said, “you must go to the Test matches a lot.”

The boy shook his head. “No, man, I just come straight here to the hospital.”

This brief encounter nicely captured the tale of facing the West Indian pacers at Barbados in the 1980s.

Smith’s arm was badly bruised but not broken. He was able to return to the ground and keep wickets after the New Zealanders had been blown away for 94.

The Kiwis did fight back to make it 95 for 4 for the West Indians, but Richards struck three sixes and 13 fours in his 19th Test hundred. They were still in trouble in spite of the skipper’s heroics at 174 for 7, when Marshall walked in to join his captain and hammered 63. The total of 336 meant a lead of 242.

There was some dogged resistance from Wright and Coney in the second innings, but Marshall kept running in with a cause and knocked over seven men. Of the 11 wickets he captured in the match, 10 were obtained from round the wicket. In the end, victory came easily by 10 wickets.

The West Indies won by a similar margin at Kingston. There was a remarkable, fighting 112 by Jeff Crowe, but that did not stop the pace attack from dealing the blows that were by now the norm of the cricket world. The series was won 2-0.

Man of the Match: Martin Crowe.

Man of the Match: Malcolm Marshall. 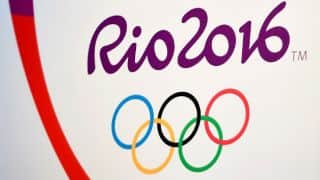 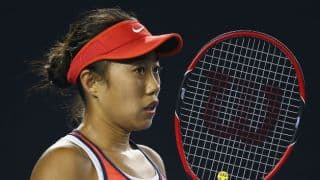