Manoj Tiwary should have been on cloud nine when he got the call for the India Test team against England. But he seemed to be downcast. 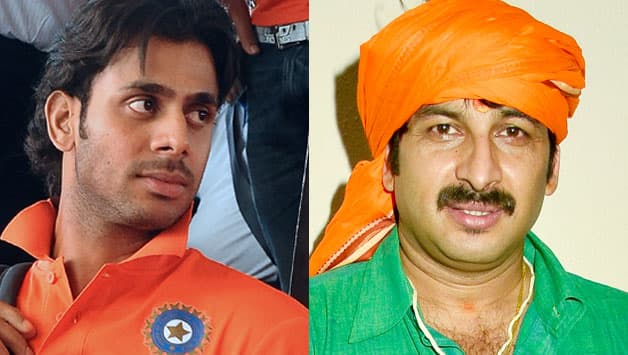 Manoj Tiwary: The cricketer (left) and the actor © AFP and Bollywoodlife/Yogen Shah

Manoj Tiwary should have been on cloud nine when he got the call for the India Test team against England. But he seemed to be downcast. When asked what the matter was, he gave a forlorn sigh and said, “It’s difficult being me. I have done enough on the domestic circuit. But all that I get to do is being the waterboy of the Test team.”

Tiwary went on, “Take a look at the second Test. You had Ravichandran Ashwin and Pragyan Ojha, yet Harbhajan Singh was also picked. I can bowl leg-spin and bring variety into the attack. I won a match for India with my match-winning four-wicket haul just a few months back in Sri Lanka. And I am a better batsman and field than Bhajji. Instead, I was warming the benches and reduced to a paaniwala.”

“Adding to my woes, were the incessant calls I kept getting to act in Bhojpuri films. Apparently the Bhojpuri film industry is picking up. So I thought its good news for me and landed up at the producer’s office. Turns out it was a complete misunderstanding and they were looking at signing up Manoj Tiwary the actor!”

I asked him, “Did you know that Manoj Tiwary the actor was going to build a temple for Sachin Tendulkar and Mahendra Singh Dhoni?”

“Yes,” replied Manoj Tiwary, the cricketer. “I know. Both Dhoni and Tendulkar called me up the next day to thank me. I didn’t know what to say. And then they found out it was not me and it was my more successful namesake. I’m paying for it now. “Poore career pe paani pher diya, water boy banake.”

I came to the defence of God: “But Tendulkar is not the one to carry grudges.”

Manoj Tiwary the cricketer gave me a nasty look, “Why do you think he’s not retiring. He knows I am next in line. You know, the problem started because of the confusion with names. It’s completely distracting. Did you know I even get death threats?”

Manoj Tiwary the cricketer then let me into a secret. “I guess you know that a political party had ransacked actor Manoj Tiwary’s home. That’s because they confused him with the spokesman of Congress party. Prior to that, they had called me and asked me where I live. I gave them the actor’s Mumbai address and they ransacked the place completely,” he said with a mischievous glint in his eyes.

“The next time someone quotes Shakespeare and says ‘What’s in a name?’, let him take a look at my life story,” said Manoj Tiwary, the cricketer, whose life could become a script for the Bhojpuri film industry starring Manoj Tiwary – the actor.