India posted a formidable total before Marcus Trescothick played one of the greatest limited-overs innings Eden Gardens had witnessed.

January 19, 2002. India and England clashed in the first of a six-ODI series, at Eden Gardens. India posted a formidable total before Marcus Trescothick played one of the greatest limited-overs innings the historic ground has witnessed. Then umpire SK Sharma intervened with a howler, sending Trescothick back for a glittering 121; and England succumbed to the Indian fast bowlers. Abhishek Mukherjee narrates an eye-witness version of the incident.

Growing up in Kolkata had its privileges, especially if you knew friends who happily gave you tickets for international matches. For example, I was there at a vantage point behind the stumps when Marcus Trescothick, battling a gastric virus, scored that magical 109-ball 121 one of the greatest limited-overs innings the ground has witnessed.

A weak England attack, sans Darren Gough and Andy Caddick, put up a formidable show after losing the first Test at Mohali by 10 wickets. They acquired a 116-run lead in the second Test at Motera; set 374 for a win, India grinded it out and finished on 198 for 3. They led the third Test at Chinnaswamy as well, this time by 98 runs, but rain played spoilsport.

Reinforcement arrived before the ODIs. England XI easily ran over a Rohan Gavaskar-led CAB XI at CCFC. Gough and Caddick bowled in short bursts, and looked good for some action. The teams moved to Eden Gardens for the first ODI.

Unfortunately, Graham Thorpe pulled out of the match due to a viral infection, and Caddick was left out despite the pre-match hype.

It was a different sort of atmosphere. Water-bottles had been banned, thanks to the ground’s reaction during the World Cup 1996 semi-final against Sri Lanka and the 1999 Test against Pakistan.

The traditional Eden Gardens post-match celebration of setting fire to newspapers was also ruled out; newspapers had also been disallowed. Never again would Eden Gardens witness those torches burning after matches.

The match started on the usual note. Sourav Ganguly won the toss and opted to bat. The umpires, K Hariharan and SK Sharma, took field amidst tumultuous applause. The England fielders followed. Then Eden broke into a deafening cheer (90,000-odd legal tickets, if I may remind the readers) as Ganguly walked out with Sachin Tendulkar.

There was, however, a catch: Sharma, the shorter of the two umpires, took his hat off to acknowledge the ovation. I should have suspected then and there that something was going to happen, for never in close to two decades of tours to Eden Gardens had I seen anything like that.

Ganguly and Tendulkar then the greatest ODI opening stand in world cricket played out Gough and Matthew Hoggard cautiously, without undue risk, but still managed to add 78 in 15 overs before falling in quick succession to Andrew Flintoff.

VVS Laxman played a cameo, as did the new sensation Virender Sehwag. Dinesh Mongia flicked and steered, ran ones and twos, rotated strike, and formed the backbone of the Indian innings with a brilliantly paced 75-ball 71. Hemang Badani and Harbhajan Singh hit out towards the end, and India finished on 281 for 8.

It was a formidable total, given the era, though it could have been higher, had England s ground fielding not been so spectacular. James Foster did a remarkable job as well, stumping Ajit Agarkar off a wide from Ashley Giles, and collecting two wide throws to run out both debutant Ajay Ratra and Badani.

Gough and Hoggard returned identical figures of 1 for 48 from 10 overs apiece. Unfortunately, England did not bowl their overs on time, which meant they had to chase down 283 in 49 overs.

Javagal Srinath bowled first over. Trescothick ran a single off the first ball. The next ball (probably) pitched outside leg, or at least it seemed that way from my position behind Srinath; Hariharan gave Nick Knight out LBW. It was a close call.

There was no run off the remaining four balls. Agarkar began steadily. Both Trescothick and Nasser Hussain ran a single each. Then Agarkar found Trescothick s edge, off the last ball of his first over; and VVS grassed the chance at second slip.

It was a rare blemish in a magnificent show.

Trescothick opened up in the fifth over, with a boundary off Srinath. Then he went both after fast bowlers. When they pitched short, he pulled brutally. When they pitched up, he drove, or rather, pushed them hard down the ground in characteristic fashion. Meanwhile, Laxman dropped Hussain when the latter was on 19.

England raced to 64 for 1 in 11 overs. Then, as always, Anil Kumble was summoned. And, as always, the great man struck, this time with his second ball. Hussain was trapped leg-before and Hussain did not look happy, for he had stretched significantly forward. Knight and Hussain could also quibble with their lbws, reported Wisden.

Kumble s bowled a wicket-maiden. A brief respite, it turned out to be.

On came Harbhajan. And down came Trescothick, down the track; the ball soared over the ropes, over the wide long-on fence, into the stands. He hit another six, off Kumble, this time over long-on.

Harbhajan continued. When he bowled flat, he anticipated the trajectory and drove through the line. When he pitched on a length, he swept with surgical precision, to the right of square-leg, between square-leg and fine-leg, to the left of fine-leg, mastering the arc like few have.

So they bowled outside off; and Trescothick reverse-swept, toying with point, backward-point, and third-man.

The 15th over went for 12, every run coming in boundaries. Kumble lost control, sending one down leg, leaving Ratra with no chance: five wides.

Michael Vaughan should probably have been content with giving Trescothick the strike. Instead, he hit one in the air off Kumble and perished; Agarkar took an easy catch at mid-off. An unperturbed Trescothick (they had crossed over) smashed two boundaries off the next two balls. His scored read 82 from 64.

Paul Collingwood looked busy from the moment he walked out, driving Harbhajan and Kumble with precision and giving Trescothick the strike. The asking rate dropped below five; and Trescothick relied on singles as well.

The situation called for desperate measures, and India did not have more than four specialist bowlers anyway. Ganguly summoned Tendulkar. A boundary took Trescothick to an 80-ball hundred, then the quickest by an Englishman at that point of time. Eden Gardens, stunned by the relentlessly clinical strokeplay, regained composure and gave the man a standing ovation before retiring to silence.

Would he continue with his strike bowlers? Or would he get his part-timers? Ganguly risked himself, and struck with his fourth ball when Collingwood holed out to Tendulkar at mid-wicket. Eden Gardens broke the eerie silence and suddenly found its voice.

Unfortunately, it was Collingwood, not Trescothick…

Kumble replaced Tendulkar. One of the balls (I was behind Trescothick) shot through him; it was too quick for the man, or for Ratra; it would have beaten any wicketkeeper; four byes.

Srinath came back. Flintoff smashed Ganguly for six. England needed 63 from 90 balls with 6 wickets in hand. Four balls and five runs later, it came down to 58 from 86. They could not have lost the match, not from there.

Not the first in the family

Before I proceed with my narration, let me roll time back by a little over three decades. Bill Lawry s men were touring India. They were playing North Zone at Jullundur. Eric Freeman was running through the hosts before Vinay Lamba and Mohinder Amarnath put up a fight.

Then John Gleeson found Lamba s edge. It was a quite audible thing, but the umpire remained unmoved. The Australians waited, even consulted, then appealed, and finally appealed again, as a team.

And Lamba was ruled out LBW by umpire Har Prasad Sharma. He would later enter quiz books by giving Sudhir Naik caught-behind off the first ball of his (Sharma s) debut Test as umpire, in the India vs West Indies Test at Eden Gardens. He would stand in two more Tests.

Har Prasad Sharma s son SK Sharma was standing in his 10th ODI. He was the umpire at bowler s end when Srinath steamed in.

I did not need a tramline to realise that it had pitched way, way outside leg. Nobody sitting in a seat on either side of the ground would have needed one, either. Had Srinath not been a prodigious mover of the ball, it would have been a wide.

But SK Sharma thought differently; and Trescothick walked back, leg-before, for a 109-ball 121.

The media, both Indian and British, ripped Sharma apart.

David Hopps, no less, wrote in The Guardian that it was a wretched lbw decision by SK Sharma to a ball from Javagal Srinath that pitched well outside leg stump.

BBC reported: Replays showed clearly that the delivery from Javagal Srinath which was adjudged to have had Trescothick lbw had pitched well outside leg stump.

S Dinakar s report in Sportstar mentioned that the result of the match was in no small measure due to umpire Sharma’s generosity , and called Sharma a trigger-happy umpire .

Faisal Sharif, on Rediff, simply called it an error of judgement . Writing for ESPNCricinfo, Ralph Dellor called it a dreadful umpiring decision , adding that the ball pitched some six inches outside the left-hander s leg stump . And Wisden, keeping up their reputation for economy of words, reported it as merely a shocking lbw .

I was happy to see Trescothick return to the pavilion, as was the rest of Eden Gardens.

I was not happy at the dismissal. Neither was the rest of Eden Gardens. Trescothick got a hero s farewell, befitting of the innings.

The match was still England s to lose, but Flintoff was run out at the bowler s end, attempting a risky second runs.

Eden Gardens found its voice again. England needed 51 from 76 balls. There was still no challenge in this except the fact that England were 6 down.

But thanks to Trescothick s blitz, they still needed 30 from 42, which meant they had time on their side. Giles and Hoggard ran three singles. Giles even hoicked one over mid-wicket for four. They now needed another 23 from 37 balls.

Then Giles, for some inexplicable reason, went for a big shot off Agarkar, trying to clear mid-off. He never timed it, and Ganguly took the skier.

But there was a postscript.

For a ground that had earned poor reputation for disrupting two international matches in the previous six years, it was as good a redemption as it could have been. There are some nights you do not need burning torches (though, I must admit, a handful of newspapers had managed to sneak in and faced the inevitable).

– India led the series 3-1 before England squared 3-3. The series ended with Flintoff taking his shirt off in celebration at Wankhede. Ganguly, famously (or infamously, depending on your perspective) did an encore later that year at Lord s after India won the NatWest Trophy.

– Hussain complained to match referee Denis Lindsay after the match on the quality of umpiring. Sharma never umpired in another international match. Whether it was a direct result of Hussain s complaint is unknown.

Man of the Match: Marcus Trescothick.

(Abhishek Mukherjee is the Chief Editor at CricketCountry and Criclife. He blogs here and can be followed on Twitter here.) 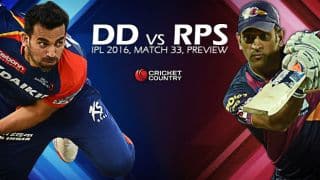