Mark Waugh broke the world record alright, but there was something more waiting for his teammates.

Mark Waugh famously caught Darren Gough off Jason Gillespie to round off the England second innings on July 22, 2001 at Lord s. Abhishek Mukherjee tells what followed.

The events at the second Test of the 2001 Ashes went as per expectations. Australia came to Lord s after thrashing England by an innings at Edgbaston. Nobody hoped for a turnaround. England were bowled out for 187 and 227. Glenn McGrath took 8 wickets in the Test. Jason Gillespie got 5 in the second innings. Mark Waugh eased to a sublime hundred. Damien Martyn got a fifty and Adam Gilchrist bludgeoned his way to a 121-ball 90.

For England, Michael Atherton (37) was the only one to go past 25 in the first innings. They did all they could to prove Steve Waugh right ( If we can get on top early, we can open up some old scars ). In the second innings they lost their last 7 wickets for 81, had to labour to save their second consecutive innings defeat, and dropped innumerable catches.

But there was something else to celebrate for the Australians as well. Mark Waugh came into the Test a catch short of world record (among non-wicketkeepers) of 157. The record, incidentally, was with Mark Taylor, Waugh s neighbour in the slip cordon for some time.

Waugh drew level in the first innings when Mark Butcher poked one off McGrath. Then he was made to wait as the Englishmen decided to get bowled or leg-before or edge to Gilchrist in the second innings.

He almost had to wait till the third Test, at Trent Bridge. He was made to see, expectantly, 19 wickets English fall. Then Gillespie found Darren Gough s edge, the ball flew straight to second slip, and Waugh became the new world record-holder. Wisden called the wicket as a coup de grace, the end of England s woes for at least a few days.

Australia even lost 2 wickets in pursuit of 14, and Waugh had to pay a visit to the crease, but that was alright: Australia maintained their 67-year unbeaten streak at Lord s.

The celebrations began. All eyes were glued to Michael Slater, who was imitating Bon Jovi on a bench. At this point someone pointed out the latest entry on the notice board. For the uninitiated, the standard norm is to scribble the new entries and glue them to the board till they are painted. So Mark Waugh had made it to the batting section and both McGrath and Gillespie to the bowling.

There was, however, another unusual entry, at the vacant bottom right, a section the bowlers list would encroach upon some day. MARK WAUGH 158 CATCHES WORLD RECORD, it read.

This was obviously not part of tradition. Fielders never made it to the list. More importantly, the board celebrated performances at Lord s, not careers.

It had to be someone from the team, they speculated, but catching the criminal was not priority. There was a round of good-natured laughter.

And then, when all got quiet (well, almost), a guilty voice owned up: Well, no one else would have done it.

It was Mark Waugh, himself.

Man of the Match: Glenn McGrath.

First Published on
Last updated on February 28, 2018 10:23 AM IST
TOPICS:
Mark Waugh The Ashes 2001 (Australia in England) Lord's Honours board Sundries Most catches in Test cricket 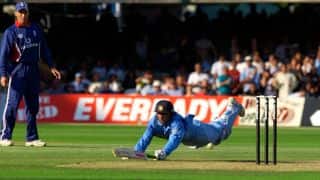 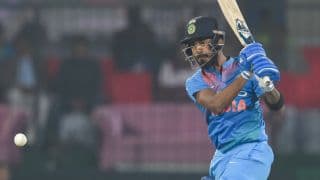