For New Zealand, Henry’s rise is definitely good news for the team’s future.

The recently concluded series between Pakistan and New Zealand has unearthed yet another pacer for the Kiwis. Matt Henry emerged the leading wicket-taker of the bilateral One-Day International (ODI) series. It is certainly a positive sign for the team’s bowling attack. Amit Banerjee explores how Henry will have to fight out the competition with other bowlers in order to retain his spot in the side.

One of the key factors of New Zealand’s 3-2 victory in the five-match bilateral ODI series against Pakistan was the disciplined bowling attack, which fired on most occasions, especially in the final match. The absence of Tim Southee and Trent Boult from the squad had its concerns for stopgap skipper Kane Williamson.

He need not have bothered. Henry grabbed the opportunity with both hands and rose to the occasion, especially in the second and fifth ODIs, leaving New Zealand team management with the enviable problem of plenty.

Henry’s pace may not be in the same league as that of Adam Milne. Neither has he proved himself with the bat like Southee has. However, his consistent line and length and ability to unsettle the opposition batsman during the early stages of their innings is fast making him a key choice for the opening bowler. His ability to strike early was well on display in the final ODI, where the Pakistanis were reduced to 38 for three while chasing a target of 276.

The best teams in the world have always had a substantial pool of fast bowlers to bank on, whether it was Don Bradman’s Invincibles of 1948, the West Indians of the 1970s and 1980s, or the Australians of the early 2000s.

For New Zealand, Henry’s rise is definitely good news for the team’s future. This as this would enhance New Zealand’s journey towards the top. It will be difficult for Henry to find a spot in the permanent eleven, but he will certainly put pressure on the Southees and Boults.

Many a talented fast bowler has not been able to fulfil their talents for the simple reason of being born at the wrong place in the wrong time. Sylvester Clarke, Ezra Moseley, Tony Gray, Franklyn Stephenson, Aaqib Javed, and Andy Bichel are perfect examples.

Having just stepped into the world of cricket, Henry has a long way ahead of him. With 19 wickets in his ODI career so far (13 of them coming in the Pakistan series alone), the Christchurch-born pacer is beginning to find his footing among the Kiwis. Consistency and the hunger to strive is what can add him to the list which features the likes of Richard Hadlee, Shane Bond. New Zealand, in the meantime, can head to the World Cup with a lot of confidence. 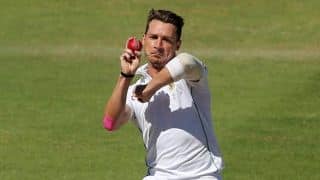 Dale Steyn stares at another record