Matt Prior isn’t credited enough for his role for England’s rise to domination in Test cricket. He was a skilled wicketkeeper and a fighter with the bat.

Matt Prior, born on February 26, 1982, was one of the many South African-born cricketers who went on to play international cricket for England. Prior, who retired from cricket on Thursday, will be remembered as one of England s finest wicket-keeper batsmen after the great Allan Knott. Prior was part of the England team that won three Ashes between 2009 and 2013. Prior isn t credited enough for his role for England s rise to domination in Test cricket. He was a skilled wicketkeeper and a fighter with the bat. His Test average of 40-plus tells a story. Suvajit Mustafi lists out 12 facts about the resilient English cricketer.

1. Move to England as a pre-teen

Born in Johannesburg, Prior was born to a South African mother and English father. He moved to England at the age of 11 and represented that country in all age-group cricket.

Prior s parents separated and soon his mother developed breast cancer. They were tough times for a young boy trying to adapt in a new country. Prior was once quoted as saying, You can sometimes feel it’s the end of the world if you don’t score runs, but I’ve always known things could be a lot worse.

Prior received the NBC Denis Compton Award for young cricketers thrice in his career.

Prior made his debut for Sussex in 2001 and during his time at Hove, Sussex won three County Championships, three domestic one-day titles and the Twenty20 Cup. He later made it to the England One-Day International (ODI) side in 2004. Prior was groomed by coach Peter Moores from a young age. Moores later went on to be England s coach.

Prior became Sussex s regular wicketkeeper from 2005 onwards. While playing against Shane Warne, Prior acquired the nickname Watermelons , as the legendary Australian spinner mimicked his walk to the crease with his arms out as if he were carrying the fruit under each arm. Warne never rated him well. In 2008, Warne once said about Prior, Matt Prior is no good. I don’t rate him at all. If I was bowling with Prior behind the stumps, I would think, ‘Oh no!’ I would think, ‘Hit it to a fielder, please.’ England are obviously prepared for him to drop a few catches. Matt Prior? He couldn’t catch a cold, mate.

6. England s first wicketkeeper to register a 100 on Test debut

Against West Indies, at Lord s in 2007, Prior became the first English wicketkeeper to score a hundred on Test debut. Over the years, Prior added much solidity to the England s batting order and he ended his career with an average of 40.18, which is even higher than someone like Mahendra Singh Dhoni.

7. Ashes hero Down Under

Australia dominated cricket nearly for one and half decades, and it was quite unimaginable for any side to visit Down Under and beat them. England in 2010-11 season, managed to retain the Ashes after beating Australia 3-1. Prior was one of the stars. He claimed 23 catches in the series, including an Ashes-record-equalling six in the first innings at Melbourne. He also scored 252 runs at an average of 50.4 and an impressive strike-rate of over 78.

When World Champions India toured England in 2011, they were also the No 1 Test side, but England humbled the tourists 4-0. Yet again Prior played a key role in that sweep, scoring 271 runs at a 67.75 average. He also caught 16 catches and effected one stumping. The series win made England the No 1 Test side.

Before the India series, Prior found himself in a spot of bother against Sri Lanka. Angry after being run-out, Prior accidentally broke the glass window of the Lord s dressing room. His violent handling of the kit caused the damage leading to a minor injury of a spectator.

10. Married to the daughter of Sammy Nelson

Prior is happily married to Emily, the daughter of Sammy Nelson, a Northern Irish footballer, who played for Arsenal FC and Brighton.

Prior was the man who called up Kevin Pietersen in the aftermath of the text-gate in 2012. But Pietersen, after getting banned from England side, referred to Prior as the Big Cheese and took many pot shots at him in his autobiography released in 2014. In fact, Prior was targeted in his book and blamed for several debacles.

In December 2014, Prior announced that he was a co-founder of One Pro Cycling, a UCI Continental cycling team. In Feburary 2014, he was quoted as saying, My cricket career may be over, but I can win with the Tour de France.

In Pietersen s autobiography, he also criticised Prior s passion for cycling. He wrote: The Big Cheese made himself unpopular by insisting on bringing his bicycle out to New Zealand. Here’s a thing about playing cricket at the other end of the world: you don’t need to take your bike with you. They have bikes in New Zealand. Who the hell takes their bike? You rent a bike like any normal person. 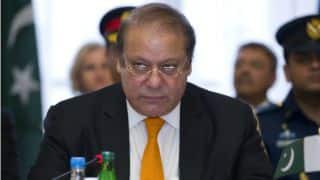 Pakistan vs Zimbabwe 2015: Nawaz Sharif thanks Zimbabwe president for going ahead with the tour