Swords maybe out and heads could roll as Indian cricket’s decline and fall is complete with a rare home series defeat. 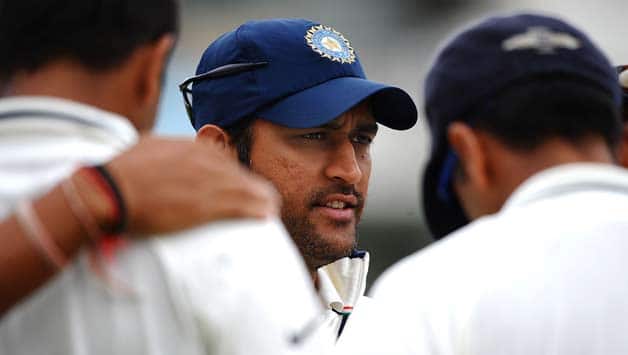 Swords maybe out and heads could roll as Indian cricket’s decline and fall is complete with a rare home series defeat.

It surprises me to see people in India offer water to the rising sun and pray. And there are many among the masses who take perverse pleasure when the same sun sets over the horizon.

We take immense pleasure in running down our heroes when they are down at the end of their career and need our support. We need to show respect to these heroes and not forget conveniently the immense joy and pride they gave us with match-winning performances in the years bygone. Today’s heroes, inspires the next generation of achievers and are to be ‘loved, not worshiped’. This attitudinal change is much needed in Indian cricket fans.

After winning the first Test at Ahmedabad, the Indian team lost the appetite for winning. In contrast, England got hungrier. Once they got hold of the reins, they never loosened it till their goal of winning the series was achieved. It was a total team performance. We should accept that England outplayed us in every aspect of the game.

Captain Mahendra Singh Dhoni had done a great job of leading the team to success in the past, winning World Cup 2011 and T20 World Cup in 2007 and taking India to the top position in Test cricket and at the same time winning the Indian Premier League for Chennai Super Kings. I would like to give much credit to the good work started by Sourav Ganguly as captain, who changed the attitudes of Indian cricketers and build a positive team culture. He inculcated into the players to admire, appreciate and share successes of team mates. He successfully laid the foundation of team building, by supporting team players who made honest effort to achieve the team goal. Players’ failure to perform were analysed dispassionately to make better decisions for a better future. At the same time providing him enough opportunities either to succeed or a complete failure and that’s what the players expects from their captain, who gives them the confidence to perform in tough match situations to know their true potential.

Dhoni took over the rein of Team India from where Sourav had left, and carried on the good work with Team India winning the World Cup after 28 years. Dhoni handled the available talent very effectively and efficiently, managing with cool head. In the last few years, he seems to have been misled in identifying talent and the players he backed let him down in time of crisis. The overloaded Dhoni, seems to have mentally fatigued and the selectors need to refresh it by dividing his work load, bring in fresh thinker in longer version of the game to prolong the career of this fantastic, entertaining cricketer, whom I admire since the day I saw him in the Ranji Trophy game against Maharashtra in Dhanbad in 2001.

In the last two years, the core team performers have been on the decline, and Generation Next players got distracted by their success in short version of the game, an illusion. Team disintegration could be delayed if fresh young talent is inducted into the team at the right time and groomed under the shadows of great and legendry cricketers.

The total failure of Team India in the home series against England, played in favorable conditions, is a wake-up call. The jolt has been forced on one and all to take stock and accept reality. Unfortunately, arrogance in the system failed to read the writing on the wall and those who had the stature could have brought to notice of decision makers, seems to be too happy and as usual flowed with the tide and laughed their way to the bank.

I agree that the Indian Team is going through transition period and that’s is the time when the Board of Control for Cricket in India (BCCI) could do well to instruct the Team India support staff watch domestic cricket or have Talent Development Coaches/mentors working in co-ordination with the support staff and selection committee and are part of overall Team India Vision. India has great talent; all it needs is to be identified, developed, mentored, groomed and build a new Team India for another peak performances.

(Balvinder Singh Sandhu played eight Tests and 22 ODIs. A crafty bowler who moved the ball both way, he was one of the heroes of the 1983 World Cup triumph. His delivery that bowled Gordon Greenidge, shouldering arms, in the epic final is etched in every Indian’s memory. He was an useful later-order batsman who scored 71, batting at No 9, on Test debut against Imran Khan, Sarfraz Nawaz, Abdul Qadir and Iqbal Qasim, and in his fourth Test 68 against Michael Holding, Andy Roberts Joel Garner and Malcolm Marshall. After retirement, he became one of the finest coaches in the country and now imparts his knowledge through his site http://www.balvindersinghsandhu.com/  )