Miihier Singh: The hulk who sold his cricket bat

Miihier Singh: The hulk who sold his cricket bat

One must have heard of somebody with an athletic physique. But what about a physique athlete? 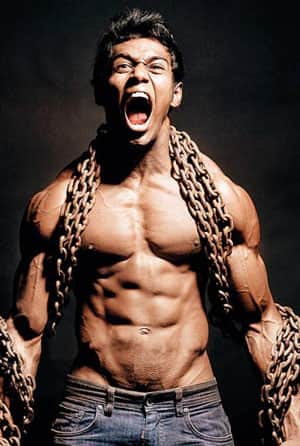 Mumbai boy Miihier Singh, who played cricket for Surrey, is the only one from India to compete as a physique athlete at the world level (Photo credit: DNA)

One must have heard of somebody with an athletic physique. But what about a physique athlete?
Meet 23-year-old Miihier Singh — one of the top physique athletes in the world and the sole Indian in this sport. He also used to be a cricketer and was part of Surrey Under-16 and Under-19 and played in the County season.

Recently, Miihier represented India at the 47th Asian body building and physique sports championship in Vietnam where he stood fourth among 350 athletes. “The Sports Ministry did not inform me on time or else I would have prepared better for the tournament. I barely had 20 days,” he said. However, his sculpted physique got a standing ovation from his competitors and officials of the International Olympic Council (IOC) and Indian Bodybuilding Federation (IFBB) during the pre-judging round.However, he is sure of winning the World Championship title to be held in Hungary from November 12 where he made it to the top five after the qualification round. “I eat, sleep, eat, sleep and train and that’s why I’m a champion,” he said. How is a physique athlete different from a body builder? It is more of a lean ripped look.

“It is a new concept and is drug free; having huge muscles is not the aim. People from India participate in bodybuilding competitions but my sport is totally different. I’m basically promoting fitness,” said Singh, who also boasts of a degree in Sports Pyschology and Sports Nutrition.

“Having the degree helps me know my diet. I’m well versed with all proteins and vitamins required to stay fit,” said the topper from St. Paul’s International College and Hackney Community College, London.

It was not so long ago that Miihiier used to play cricket and send bowlers at Shivaji Park Gymkhana (Mumbai) on a leather hunt. He was coached by Indian Test player Praveen Amre. But destiny had something else in store for him.

Born in a middle-class family in Mumbai, Miihiier like every other kid in the city was hooked to cricket. He moved to England after finishing his tenth and started working on his game.

He was a quintessential Indian cricketer — hitting the spinners out of the park and struggling against the swing bowlers during his stint with Surrey.

Out of the many bowlers who made him dance in the middle, was Steven Finn — the current England pacer. “I could not see the ball buddy, he was very fast,” recalls Miihiier.

Former England cricketer Graham Thorpe, Pakistan cricketers Azhar Mahmood and Saqlain Mushtaq were his seniors at the club. “We used to bowl at them in the nets.”

“I bowled right arm off-break and it was Saqlain who taught me the doosra,” he added. So what made him drift apart from the game? He wanted to play for India like every young cricketer but his focus was more on staying fit.

“My aim was to perform at the first-class level and then come up through the ranks like it is usually done. I even started working at Dena Bank but doing a job for Rs.15,000 and travelling to and fro with my kitbag was not what I wanted from life,” he says. 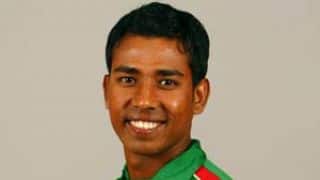