Mike Hendrick: 12 interesting facts about the England’s consistent bowler in the 70s

Mike Hendrick: 12 interesting facts about the England’s consistent bowler in the 70s

Michael Hendrick is a former England cricketer who was overshadowed by the likes of Ian Botham and Bob Willis.

Born October 22, 1948, Michael Hendrick is a former England cricketer who was overshadowed by the likes of Ian Botham and Bob Willis. Nicknamed Hendo (derived from his surname), Hendrick was a decent medium-fast seam bowler who could generate plenty of bounce and known for troubling the batsman with his swing. On his birthday, Abhishek Kumar looks at 12 important things about him.

1. Most underrated bowler of 70s

Standing at 6’3”, Hendrick could have been the spearhead for England with his ability to swing the ball with decent pace and generate substantial bounce. His average and economy rate were better than Botham, Darren Gough, Angus Fraser, and James Anderson. From 30 Tests his bowling average read 25.83 with an economy rate of 2.17. In One-Day Internationals he averaged with 19.45 with an economy rate of 3.27, which ultimately speaks about his ability.

2. Most wickets without a five-for

With 87 wickets Hendrick holds the record of most wickets without a five-for. After him, there is Mashrafe Mortaza with 78 wickets — though he hasn’t played a single Test in last six year and Ram Rampaul is another player with no five-for with 49 wickets, he also hasn’t played any Tests in last three years.

Hendrick was very much backed by his father, a fast bowler. At the age of 5 Hendrick moved with his family to Darlington from Darley Dale, Derbyshire. After some success at school, his father took him to the net of Darlington Cricket Club when he was of 10. Further, he continued playing and represented the England cricket team.

4. The famous wicket of Madan Lal

In 1974, Both Hendrick and Madan Lal made their Test debuts together. In the first innings of the match Hendrick stunned Madan Lal with a wide delivery. The ball was 56 overs old, caught by a strong wind and swerved in absurdly. Madan Lal went clueless went he saw back toward the stumps and find that only middle stick was standing and both off and leg stumps flattened.

There is a famous story of Hendrick facing Jeff Thomson at The Gabba in the first Test of 1974-75 Ashes, when he walked out to bat. Thomson has already broken Tony Greig’s toe and Dennis Amiss’ thumb. Eventually, Hendrick did not have a thigh pad; instead, he shoved a towel down his trousers and to get more protection, he put his handkerchief in his pocket.

He was quite lucky as he didn’t had to face Thomson in his first 14 balls, but when the time eventually came, he was able to connect the first ball and was clean bowled off the next. Hendrick walked up to Thomson, said “thanks for the game,” and walked back.

The Headingley Test of the 1977 Ashes is best remembered for Geoff Boycott’s 100th First-Class hundred; it overshadowed Hendrick’s best performance in Tests, where he took 4 for 41 and 4 for 54.

England may be still ruing World Cup 1979 final, when Richards was not given not out first ball in. Richards walked out to bat at 22 for 1; Hendrick recalled that he hit him first ball on his pad in front of all three stumps but the umpire turned down the appeal. “I could not believe it and neither could Viv [Richards]. And Viv looked at me and I looked at him and he just pursed his lips. And as I walked back to my mark, the lads on the balcony have seen a replay and they’re all giving me the thumbs up. So he should have been out first ball.”

The rest is history, as we know how, Richards plundered 138 runs of 157 balls with a last-ball six off Hendrick.

Though England lost the final match of the 1979 World Cup against West Indies but Hendrick was the best bowler of the tournament with 10 wickets at 14.90 with an economy rate of 2.66 in 5 matches.

9. First English to take a fifer in ODIs

Hendrick was also one of the players from England XI in 1981-82 rebel tour to South Africa. He played two matches and took four wickets and also got banned for three years from international cricket. The three-year ban became a curse for him as he could never make a comeback to the national side.

After international cricketing career, Hendrick started as a car salesman and later switched to BBC’s Radio Tent. He also worked for Test Match Special. Further in 1995, he took the coaching job and coached Ireland to 2000s.

(Abhishek Kumar is a cricket devotee currently staffing with CricketCountry and Criclife.com. He can be followed @abhik2593) 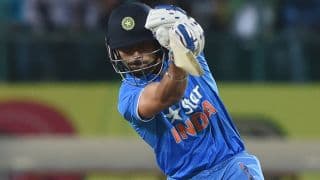 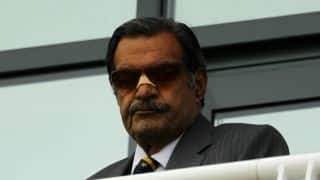