Meanwhile, Pakistan’s stay on top may be short-lived which drew strong criticism by Javed Miandad.

Pakistan’s rise to the top of the world rankings despite not having played Test cricket on home soil since 2009 is considered by many as nothing short of miracle. A team which was on its knees due to the shameful events of 2010 now finds itself ranked No. 1 in the ICC rankings, bringing joy to millions of its supporters and defying many naysayers along the way. Amongst the millions of Pakistan followers who have kept a keen eye on the national team’s progress over the years through thick and thin is the legendary batsman Javed Miandad. A veteran of over 350 international games in which he scored more than 16,000 runs, Miandad knows the feeling of reaching the pinnacle of the sport as he was part of the World Cup winning squad of 1992. ALSO READ: India-Pakistan Test series is the need of the hour; shame that the top 2 Test side don’t play

In an exclusive interview with PakPassion.net, Miandad expressed his happiness at the news of Pakistan’s elevation to the No. 1 position in Test cricket, stating, “I am happy and proud for our nation and the team for reaching this significant milestone. Reaching the top of the ICC Test rankings is a great achievement for Misbah-ul-Haq and his team and I offer my heartfelt congratulations.”

While the rise to the top for Misbah and his men has involved hard work, the fact remains that given the vagaries of the ranking system; Pakistan’s stay on top may be short-lived which drew strong criticism by Miandad. ALSO READ: PAK’s results against NZ, AUS will determine their dominance over other subcontinent teams

“Whilst I am happy for Pakistan’s success, I am not convinced that this system is a fair representation of any team’s success in the appropriate format. If we look at Pakistan’s situation, we may well be knocked off our top position by another country having an easy home series. I do believe that unless all countries have played each other, there is no point in declaring one as top ranked as that makes no sense and is not a true reflection of their skills,” he said.

The former Pakistan captain also offered his stinging criticism of the manner in which certain teams around the world were being given a free hand to decide on the quality of pitches in their home series.

“How is it that Australia, a top ranked team, can be whitewashed by Sri Lanka? The way it’s been done is by producing pitches which are turning from the first ball. This cannot be a fair pitch to play on and the ICC needs to take control of the situation immediately. The same can be said about India. We have a situation where these teams are able to manipulate the home pitches and therefore affect rankings as well which is a farce,” Miandad added.

Miandad also pointed out the anomaly with ranking for ODI teams,  “So we have a situation where Pakistan are sitting on the ninth position but really, are they a ninth ranked team? If that was the case, they would have not qualified for the quarter-final in the 2015 World Cup. My point is that unless these teams play each other, just moving teams around on the basis of matches between other teams is senseless.”

Pakistan Test team’s future in terms of rankings may not be in their sole control, but Miandad is adamant that the only way forward is for the team to forget about rankings and continue proving critics wrong with good performances. For that, they need the services of their most loyal servants in Misbah-ul-Haq and Younis Khan, as he states, “There is no doubt in my mind that our team is talented but it will need to continue performing to maintain its top position, despite the inequalities in the system. For me, Misbah-ul-Haq should put aside any thoughts he has of retirement and continue to play for Pakistan. The same applies for Younis Khan. In fact, I said the same when Misbah retired at the end of the 2015 World Cup and I will repeat that again. Pakistan has made great progress in Test cricket and it needs Misbah at the helm to continue moving upwards”, he concluded. 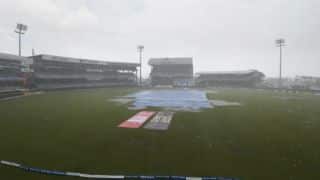