Mohammad Aftab: It's tough for pace bowlers to force their way into domestic sides

Mohammad Aftab: It's tough for pace bowlers to force their way into domestic sides

Pakistan’s rich pace bowling reserves are in safe hands for many years to come according to 17-year-old left arm pace bowler Mohammed Aftab.

Pakistan’s rich pace bowling reserves are in safe hands for many years to come according to 17-year-old left arm pace bowler Mohammed Aftab. The Under-19 bowler who is part of Pakistan’s squad currently in the United Arab Emirates preparing for a tri-nation series against England and UAE spoke with PakPassion.net about the tour of England earlier this year as well as looking ahead to the upcoming tri-series and the Under 19 Asia Cup, both in UAE.

Aftab was one of the shining lights of a very successful tour of England when the Pakistan Under 19s remained unbeaten against Bangladesh Under 19s and the hosts in the English summer. Together with Zia-ul-Haq, Aftab forged an intimidating and successful new ball pairing and Aftab hopes that his partnership with Zia-ul-Haq will, one day, continue to blossom in international cricket.

“The tour of England this year was very pleasing for all of us. The facilities were excellent in England and all of the boys benefited from some very competitive cricket especially against England. What was also enjoyable was the opportunity to play at international grounds like Trent Bridge. We were all really pleased that we returned to Pakistan as winners of the tri-series and also remained unbeaten throughout the tour. I enjoyed bowling on the wickets in England which offered me some movement and bounce and it was good to be opening the bowling in tandem with Zia-ul-Haq” stated Aftab.

Aftab who has featured in three List A matches and one domestic Twenty20 match for the Lahore Lions praised his new ball partner Zia-ul-Haq and added that he hoped that one day he and Zia would be opening the bowling for Pakistan.

“It’s great to have a new ball opening partner like Zia as we both like to bowl fast and rough up the opposition batsmen as well as of course wanting to take wickets and also help our team to make early inroads into the opposition batting order. You can say it’s a friendly rivalry as we want to outdo each other, but at the same time we work together as part of the team. Fast bowlers have traditionally hunted in pairs and that is what we do. I hope that one day Zia and I open the bowling for Pakistan, as it would be a dream come true.”

Aftab whilst dreaming of playing for Pakistan acknowledges that he has a lot of hard work and improvement ahead of him before he can be mentioned as a serious contender for a place in Pakistan’s senior team. He also acknowledged that the jump from Under 19 cricket to international cricket was a huge one and that one of his main priorities is to establish himself in domestic cricket.

“I’m fully aware that the bridge between Under-19 cricket and international cricket is domestic cricket and one of my main priorities is to get some regular First-Class cricket under my belt. I was hoping to play some First-Class cricket this season but that opportunity didn’t materialise so I concentrated on playing in the regional Under-19 competition. I dream of playing international cricket but that dream is one that I will have to wait for as competition in Pakistan for pace bowling places in domestic cricket and international cricket is intense. It’s tough for pace bowlers to force their way into domestic sides but that bodes well for the future of fast bowling in Pakistan. We have a rich tradition of producing fast bowlers and I hope that I can continue that tradition.”

Aftab speaking of the imminent tri-series against England and UAE as well as the Asia Cup feels that Pakistan go into both competitions well prepared and full of confidence and fancy their chances in both tournaments.

“We go into both the tri-series and the Asia Cup full of confidence on the back of the tour of England and some of our players like Sami Aslam have been doing very well in first class cricket this season which is a real boost. The training camp has gone very well in Lahore and we have a very settled group of players. The vast majority of the boys who toured England are still playing Under-19 cricket and we are hopeful that we can once again perform well. Conditions will suit us in UAE and of course the boys are looking forward to the match against India on 31st December at the Asia Cup.”

Pakistan begin their tri-series campaign against UAE Under 19s in Abu Dhabi on 7th December and face the same opposition the next day before facing England on 9th December. Each of the three teams face each other on four occasions before the final in Dubai on 22nd December. The Under 19 Asia Cup starts on 28th December. 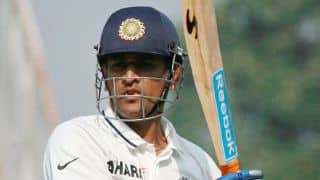 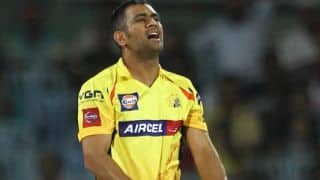