Mohammad Amir gearing up to resume his career

Mohammad Amir gearing up to resume his career

Mohammad Amir, the 23-year-old fast-bowler, was banned by the International Cricket Council (ICC) almost five years ago for his role in the spot-fixing scandal.

Mohammad Amir, the 23-year-old fast-bowler, was banned by the International Cricket Council (ICC) almost five years ago for his role in the spot-fixing scandal. Taking advantage of a special dispensation which allows Amir to take part in domestic cricket before the expiry of his ban in September 2015, the fast-bowler has been busy trying to regain his form by playing in a Grade II tournament as well as in the recently-concluded Super 8 Twenty20 tournament where some of his deliveries brought back memories of a time when this precocious talent was considered as one of the best bowlers in the world.

With a wiser head and more maturity in his demeanour, the future seems to hold a lot of promise for the young fast bowler with a return to international cricket a distinct possibility. For the moment, Amir is intent on achieving his short term goals of playing domestic cricket successfully and concentrating on his fitness and training as he stated recently in an interview with PakPassion.net, ” my immediate focus is simply to prepare for the First-Class season ahead and to leave the decisions for any recall to international cricket in the hands of the selectors.”

The move to First-Class cricket which forms the basis for selection in the Pakistan senior team is an important one and Mohammad Amir has taken an important step in the right direction by signing up for Sui Southern Gas Company (SSGC) for the upcoming domestic season.

Speaking exclusively to PakPassion.net, the head coach of SSGC, the former Pakistan cricketer Atiq-uz-Zaman, who is a Master Coach in general sports and is an ECB Level 3 qualified coach, explained the significance of Mohammad Amir’s inclusion in his squad, stating that “It is indeed a pleasure to have someone so talented like Mohammad Amir as part of the SSGC squad. Amir has shown in his recent performances that he still has the spark in him which made him the most talked about talent a few years ago, and we are hoping that he will be able to reignite his form during his stay with us.

“Not only I, but his team mates at SSGC will be looking forward to working with someone as naturally gifted as Amir. I feel that we at SSGC can help him get back to his best and hopefully help him earn an international recall. I persuaded Amir that this would be the right move for him and that he would get the opportunity to work with some of the best coaching staff in Pakistan and that he would be part of a very good set-up and environment. We are also in negotiations with a current, very experienced Pakistan international player and hope to finalise that signing in the coming weeks.”

The Pakistan fast-bowler isn’t the only big name who will be appearing in SSGC colours in the upcoming First-Class season. Atiq, who is currently coaching Lancashire Under 11s, also confirmed that Umar Amin as well as the talented Babar Azam and Ali Asad will also be featuring soon for the SSGC team. “I am excited and looking forward to working with Babar Azam, Ali Asad and Umar Amin and hope that their talent and in Umar’s case his international experience will take this team to greater heights. I have heard great things about Babar Azam and Ali Asad and hopefully we can nurture and improve two of Pakistan’s best young cricketers”, he stated.

Whilst SSGC will undoubtedly benefit from a star-studded line-up, for someone like Mohammad Amir who is slowly once again making his way towards the highest levels of cricket, playing for SSGC will be significant step in the right direction. The fast-bowler did impress during the Super 8 T20 tournament but playing in a First-Class context presents an ideal opportunity to show Pakistan selectors that he is still capable of performing at this level. This is a fact that Amir stressed in remarks to PakPassion.net, stating that “to say that I am looking forward to playing for SSGC would be an understatement. I am simply delighted at being given the chance to play at this level and I consider myself fortunate to have been considered for this role. My immediate goal is to perform to the best of my abilities and help my team. Being asked to play for SSGC not only provides me with stability and a platform for future improvement, it will also be a great opportunity to play alongside the likes of players like Umar Amin, Babar Azam, as well as the many other talented players in the SSGC squad.”
(Saj Sadiq is Senior Editor at PakPassion.net, from where the above article has been reproduced. He can be followed on Twitter at @Saj_PakPassion. The above article first appeared in PakPassion)

More from this author:

I believe there is no problem with my discipline or attitude: Umar Akmal Archana Vijaya: I never try to sound like an expert 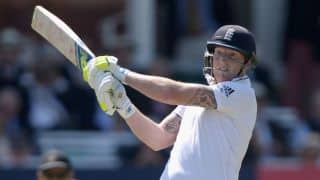