United Arab Emirates (UAE) suffered their fifth consecutive loss in the ICC Cricket World Cup 2015 and this time in the hands of South Africa.

Q: From what we were seeing, I thought that was a great performance from the UAE, very, very gutsy performance. Did you expect to put up a fight like that against a team like South Africa, and were you a bit surprised with the hostility or rather than the venom that the South African bowlers showed towards the team?

Mohammad Tauqir (MT): I think South Africa is one of the best teams, and they are, I think, one of the favourites for the World Cup. Our bowling performance was very good today, dropped a couple of catches here and there. I think up to 44, 45 overs, it seemed that they would score 300, not 340. But I think even restricting them at 340, it was a good job from our bowling side.

Coming back to their bowling, I was a bit shocked that they were instead of hitting the wicket, they were trying to hit the batsmen. They are a very good side. I think it’s a gutsy performance on our side that we almost played 50 overs and a brilliant knock from Swapnil Patel.

Q. Was that your intention with the batting, to bat out 50 overs?

MT: Yes, definitely. We don’t play South Africa every day, so we don’t face these kind of bowlers every day. I think playing for 50 overs against the South African bowling attack gives a lot of confidence to our batters, and that’s the basic. We need to play 50 overs.

Q: Can you give us an idea of what sort of progress you feel the team is making at this tournament? Do you feel you are making progress?

Q: They might be positive signs, but surely the idea is to actually win, and you seem to have just surrendered the last two games.

MT: See, there is a difference, definitely. As I said, I think the more we play against them, the more we face Dale Steyn and Morne Morkel more opportunities we get, the better we become.

MT: We tried our best. This is the best we could have done. We batted all 50 overs, and the bowlers were too good for us.

Q: Is it the most aggressive attack you’ve faced in the tournament so far, and just what was so difficult about coming up against them?

MT: I think I would say Pakistan bowling attack was equally very aggressive. All of their three bowlers were 145 plus and similarly here, also. But they were more targeting the bodies than the stumps.

Q: What is going to be your thoughts against West Indies, your team’s thought with that match, how you are going to approach that?

MT: don’t see West Indies as strong as India or South Africa and would like to put up a better show against West Indies.

Q. Will it help that you have already played once in Napier?

MT: Yes, of course. We know the ground, we know the condition. But I think unfairly that’s a day game. It’s not a day-night. So I don’t know what is the weather condition or the pitch on that day. But yes, it’s a little bit of knowledge of the ground, the atmosphere, so that’s good for us. 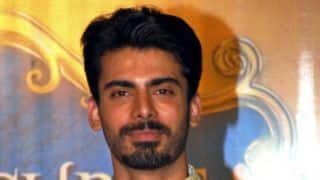 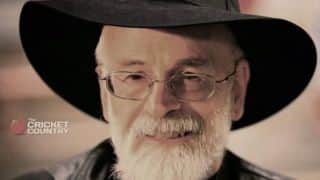