On August 26, 2012, India emulated Australia to become only the second team in history to win the Under-19 World Cup for the third time.

On August 26, 2012, India emulated Australia to become only the second team in history to win the Under-19 World Cup for the third time. India had won their previous two titles under Mohammad Kaif in 2000 and Virat Kohli in 2008, and having missed out in 2010, it was Unmukt Chand s turn to join the elite list. He led from the front with a match-winning century in the final which helped India beat the then-defending champions Australia by six wickets.

En route to the final, India lost to West Indies in their first league match, but hit back with wins against Zimbabwe, Papua New Guinea. In the quarterfinal, India beat arch rivals Pakistan by one wicket and went on to beat New Zealand by nine runs in the semi-final.

In the final, a hungry Australian team awaited, and India after winning the toss and opting to bowl first, responded well through its bowlers. Chand s century in the second innings was the perfect follow-up act to Sandeep Sharma s four wickets. Sandeep had developed a knack of picking up an early wicket in each of India s matches in the tournament and continued the pattern in perhaps the biggest match of his young career. In his first two overs, he restricted Australia to 8/2.

Australia further slipped to 38/4 before their captain William Bosisto attempted at reviving the innings. It was mainly due to Bosisto s 87 and lower-order contributions from Travis Head and Ashton Turner that Australia were able to post 225 on the board.

India s beginning was far from ideal. They lost opener Prashant Chopra second ball of the match, but in Unmukt and Baba Aparajith, India found respite. They accounted for a 73-run partnership before Aparajith was caught at extra cover. From 75/2, India fumbled to 97/4 with Vijay Zol and Hanuma Vihari departing in quick successions.

That would be the last Indian wicket to fall. Chand then decided to take matters into his own hands. He found an able ally in Smit Patel, who peeled off runs at ease. His confident 62 off 84 was the catalyst around which Chand dictated terms at the other end. A nervous starter, Chand overcame a close LBW shout and a dropped catch and went about playing a wide array of shots. With the asking rate touching over six, Chand shifted gears and went into six hitting mode once the equation was brought down to 49 off 41. Off the seven sixes he hit, the fifth one brought up his century and Chand was able to see his side through.

Surprisingly, as per August 2018, only one player from that team that played in the final, went on to represent India. Sandeep made his debut in India blues against Zimbabwe in 2015 in a T20 series, where he went wicketless. Chand, the hero for India that evening at Townsville, was restricted to mostly playing for his Ranji side, Delhi and faded from India reckoning soon.

Six years later, India created history by winning the 2018 Under-19 World Cup under the captaincy of Prithvi Shaw and coaching of Rahul Dravid to become the only team to win the trophy a record four times. 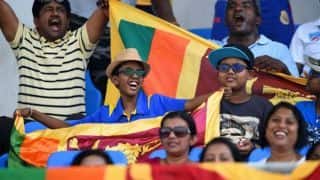