Morkel has made a name for himself with his ability to generate bounce off the surface and bowl terrifically in the death.

South African speedster Morne Morkel is one of the most dreaded bowlers in contemporary cricket. His tall height and menacing pace is what stands him out among his imminent peers. Morkel has made a name for himself with his ability to generate bounce off the surface and bowl terrifically in the death. He has represented South Africa in 71 Tests, 106 One-Day Internationals (ODIs) and 39 Twenty20 Internationals (T20Is). READ MORE:  Recasting Game of Thrones with cricketers.

Morkel has also represented Rajasthan Royals, Delhi Daredevils and Kolkata Knight Riders in the Indian Premier League. He hails from a cricketing family as his father and brothers all have played competitive cricket. Morkel was instrumental  behind KKR’s successful campaign in the 2104 edition of the IPL. READ MORE: Nasir Jamshed and Joe Naufahu

His doppelganger on the right is Owen Wilson, an American actor, comedian, producer, writer and screenwriter. Wilson is widely reckoned for his roles in Bottle Rocket, Shanghai Noon, Wedding Crashers, Cars, Night at the Museum Trilogy, The Darjeeling Limited. Both Morkel and wilson share great resemblance in their looks and it can easily be said that both were separated at birth. 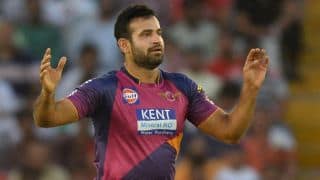