In matches Anderson-Broad played together, they have aggregated 23 five-wicket hauls.

English duo James Anderson and Stuart Broad completed 500 wickets between them in the 67 test matches they played together. They achieved the feat in the Southampton test against India. Bharath Seervi compiles the list of bowling pairs grabbing most wickets in the history of Test cricket.

James Anderson has played 97 Tests and Stuart Broad has played 72. Among which they both have played together in 67 tests from 2008 till date. With their 500 wickets mark, they became the eighth bowling pair to reach the mark and the first pair from England. They are also the fifth pair of pacemen to reach the milestone.

In the matches Anderson-Broad played together, they have aggregated 23 five-wicket hauls and ten-wicket hauls. The combined average of the pair is 29.37 and the strike rate being 58.90 in the test matches they played together. 505 wickets in 67 tests results to 7.54 wickets per match by the duo. There were a total of 1115 wickets taken by English players in the matches in which Anderson and Broad appeared together. 505 wickets by the pair out of 1115 wickets amount to 45.29% of the team’s wickets.

With Anderson and Broad reaching 500 wickets, below is an analysis of the bowling pairs with most test wickets combined, number of wickets per match by them and percentage of team’s total wickets.

Wkts 1 and wkts 2 denote the number of wickets taken by bowler 1 and bowler 2 respectively in the matches they played together.

W/M denotes the rate of wickets per match by the pair.

% Team denotes the percentage of wickets of team’s total wickets.

The bowling pair with most combined wickets is the Caribbean pace battery of Courtney Walsh and Curtly Ambrose. In the 95 matches they played together from 1988 to 2000, they aggregated a record 762 wickets at a combined bowling average of 22.67 and strike rate of 56.15. They took an average of more than 8 wickets per match and took team’s 49.16% of the total wickets.

Other bowling pairs with 500+ combined wickets are Pakistan’s Wasim Akram and Waqar Younis and South Africa’s two pairs – Shaun Pollock & Jacques Kallis, Makhaya Ntini & Jacques Kallis, Kallis did not have a major contribution though. There is atleast one pair of pace bowlers with combined wickets of 300 from each of the top eight teams except from Sri Lanka and India.

Malcolm Marshall and Joel Garner have the best combined bowling average of 21.72 among the above 22 pace bowling pairs with combined tally of 300+ wickets.

Now, let us see the overall bowling pairs – combination of pacers and spinners – who dominated the field. The table below lists the bowling pairs with atleast 300 combined wickets. It does not include the pace bowling pairs which are listed in the previous table.

Wkts 1 and Wkts 2 denote the number of wickets taken by bowler 1 and bowler 2 respectively in the matches they played together.

W/M denotes the rate of wickets per match by the pair.

% Team denotes the percentage of wickets of team’s total wickets.

Taking into account all the bowling pairs the highest number of wickets taken combined is 1001 by Australian pair of Shane Warne and Glenn McGrath. They both appeared in 104 matches together for Australia from 1993 to 2007. Warne took 513 and McGrath took 488 wickets to make it 1001 wickets. They had an average of 23.17 and took wicket every 53.21 balls. Their combined tally of 5 wicket hauls was 51 and 9 ten wicket hauls. They took 9.63 wickets per match and Australia’s 53.36% of wickets were taken by them.

Next to Warne-McGrath pair is the pair from Sri Lanka of Muttiah Muralitharan and ChamindaVaas. They grabbed 895 wickets in their 95 appearances. Their pair was much dominated by Muralitharan. He took 586 of those wickets compared to Vaas’ 309.

The spin pair with most combined wickets is India’s Anil Kumble-Harbhajan Singh’s pair. They appeared in 54 matches together and took 501 wickets at average of 30.22 and strike rate of 65.04. They took 9.28 wickets per match and 57.52% of the team’s wickets were by them. There are only three other spin pairs with combined wickets of more than 300. Two of those are again Indians – Bishan Bedi & Bhagwat Chandrasekhar and Bishan Bedi & Erapalli Prasanna – and one from West Indies – Lance Gibbs & Garry Sobers. Considering Garry Sobers as purely spinner is quite wrong as he bowled medium pace and opened innings in later part of his career.

The section from New Zealand is dominated by Richard Hadlee. He took 300+ wickets in pair with three bowlers – Lance Cairns, John Bracewell and Even Chatfield. Sri Lanka does not have any other pair other than Muralitharan-Vaas. Jacques Kallis finds his name with three pairs but his personal combination was relatively low.

The worst bowling average is 36.52 by Vettori-Martin for New Zealand whereas the worst strike rate is 88.41 by Gibbs-Sobers. Kapil Dev-Ravi Shastri have lowest wickets per match (4.99) and Ntini-Kallis have lowest percentage of team’s wickets (34.14%). 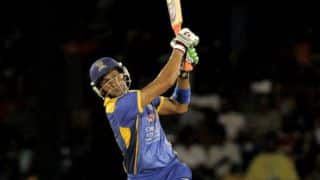 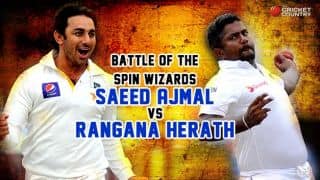