Arunachal Pradesh, one of India’s most beautiful regions has been in constant turmoil following war with China over border issues. The neglected treatment offered to the people has often led them to disassociate with India.

Arunachal Pradesh, one of India’s most beautiful regions has been in constant turmoil following war with China over border issues. The neglected treatment offered to the people has often led them to disassociate with India. Aayush Puthran narrates how cricket transcends to the dense forests of the state and gives people joy and a sense of belonging.

“We like playing cricket and football, but we watch just cricket,” Lobsang, a local of Arunachal Pradesh, said as the sun was about to set around 6.00 pm in Eagle’s Nest Wildlife Sanctuary.

The wildlife sanctuary is virgin from the human concept of ‘development’. As much as a well-laid pitch with stumps on either ends teased us to play a game of cricket, the thought of locals having to travel almost 40 kms to get a new ball, in case it rolled down the valley, made the idea look criminal.

They offered us the ball and we courteously declined it. Beyond a point, however, the idea of playing cricket in the Himalayan mountains seemed irresistible. A group of close to 10 visitors, eventually, indulged in the bat and ball sport.We didn’t know how they defined their boundaries. It is surprising that they even did. Living in the wild, the concept of boundaries doesn’t exist. They lived in the forests – free, open, vulnerable, fresh and innocent. The forest is exposed, just like a child, unknown to the concept of boundaries.

Not just the forest, even politically, lying close to the Sino-Indian border, the region has had to bear the brunt of Chinese invasion. The Red Eagle Army division of the Indian Army had fought the Chinese army half a century back, a moss covered memorial of which still stands in the forest, where a plethora of birds and plant species have today taken residence. However, the fight for boundaries, grossly mocking Sir Henry McMahon’s Line, still continues between the two countries with Arunachal Pradesh becoming a victim to the greed.

While the war ended in 1962, constant seclusion from a major part of the country has left the people of the state with a feeling of alienation in their own land and fending for a national identity. The idea and acceptance of borders remains far-fetched from what the Indian map shows. Yet, surprisingly, cricket gives them that unhesitant identity.

They keenly stay tuned to the live coverage of India’s matches via radio. They watched all of India’s matches in the World Cup in the village of Tenga and continue to follow the Indian Premier League. Chennai Super Kings is the side they cheer for and Mahendra Singh Dhoni is the reason for that. The Indian skipper has been accorded a cult status in a land without electricity, mobile phone network or a cricket ball. They cheer for India every time the side takes field.

It is amusing as to how cricket has managed to cut through these natural and man made boundaries. The game has transcended to the most inaccessible of places and given people a sense of belonging and identity.

BCCI is digging its own grave 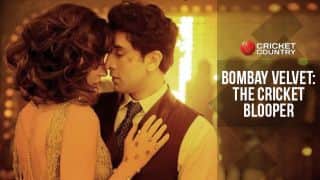