Mudgal's report stops short of saying Dhoni may have been involved in spot-fixing.

Seems like the defeat in the first Test against New Zealand is not the worst news for India captain MS Dhoni this week. The report submitted by the three-member probe committee — appointed by the Supreme Court and headed by Justice (retired) Mukul Mudgal — could add more worry lines to the wicketkeeper-batsman’s forehead.

The report, submitted in the apex court on Monday, just stops short of saying that Dhoni may have been involved in spot-fixing himself. It claims that he tried to shield Board of Control for Cricket in India (BCCI) President and Chennai Super Kings owner N Srinivasan‘s son-in-law, Gurunath Meiyappan, while deposing before the committee.

The report quotes a chargesheet filed by the Mumbai Police which alleges that “on 12-05-2013, in the course of the aforesaid match, Meiyappan informed actor and bookie Vindoo Dara Singh that CSK would make about 130-140 runs. By that time, the team had already qualified for the next phase and their strong batting line-up was in full form.”

“A dispassionate analysis of the match in question would reveal that at the start of the 12th over, CSK were at a healthy score of around 85 for one. It has been the consistent view of interacting independent players, including Rahul Dravid and Anil Kumble, that it is the rule of the thumb that the score at the end of 12th over gets doubled at the end of the 20th.”

“However, both Raina and Dhoni fell within a span of one over (12th). This resulted in a slowing down in the scoring of runs,” the committee discussed about this match in question in detail in its report.

Losing two wickets in one over generally doesn’t raise any suspicion however, as Meiyappan, who was losing in the course of the day’s betting, informed Vindoo that the team would definitely score between 130-140, started covering up his bets by betting on Rajasthan Royals.

“Was this a calculation by Meiyappan a mere forecast? Or, was it his prior knowledge of a fixed match? The interactors have uniformly taken up a position that without the involvement of at least couple of important players and more particularly the captain of the team, it would be highly improbable to fix a particular match,” the report cited a FIR dated 01-11-2013 registered by Jyotinagar police station under Section 120B/420 IPL. It claimed that match was fixed with the assistance of the players of the IPL team, CSK, who were willfully not playing as per their capacity and that they played ‘suicidal’ shots to lose their wickets in a pitch which was good for batting.”

The report also claims that Dhoni made a deposition before the committee on January 6, before leaving for New Zealand series that “Meiyappan had nothing to do with the cricketing affairs of CSK and was a mere cricket enthusiast supporting CSK”.

However, the committee report finds otherwise and clearly establishes that Meiyappan was part of CSK as a letter from BCCI, besides other evidence, name him as the CSK Director.

Thus his role was much more than that of an enthusiastand he was clearly the man in charge of the CSK.

The three-member committee also comprising L Nageshwar Rao and Nilay Dutta reached a conclusion that Meiyappan, who would be with the team during practice sessions, team meetings, auction table, owners dug out, IPL owners meet, team flights and hotels, participating in IPL owners workshop representing himself to be the owner of CSK, cannot merely be a cricket enthusiast.

It would be interesting to see how Srinivasan and Dhoni would put up their defence during the further course of inquiries as the apex court has listed the matter for March 7 hearing. 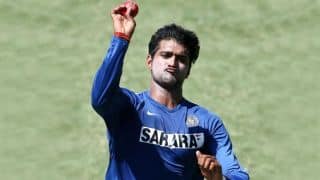