Since India’s fall from the top spot in the Test rankings, Dhoni has been a bête noire of sorts.

MS Dhoni called it a day from Test cricket after India drew with Australia at the Melbourne Cricket Ground. It was likely, perhaps after the end of the Sydney Test but this would have surprised many. He leaves Test cricket with a mixed legacy in the format. While one may criticise him for India’s struggles in recent times, particularly away from home, one cannot deny his positive contributions. Nishad Pai Vaidya writes about Dhoni’s call.

As India and Australia closed a draw in the third Test in Melbourne, little did anyone know that it was the last we had seen of MS Dhoni in the white flannels. In his last two Tests Down Under, he had looked a tired man — the graying beard only adding to that feeling. Virat Kohli pumped in life during the Adelaide Test with his exuberant batting and presented hope with an aggressive approach. In comparison, Dhoni looked like an ageing warrior in a format that hasn’t really been his forte. However, there is no denying his contributions to Indian cricket.

Since India’s fall from the top spot in the Test rankings, Dhoni has been a bête noire of sorts. Many labeled him as the villain chiefly responsible for India’s slide and have often called for his head. When compared to the peaks he scaled in the one-day game, his feats in Test cricket pale in comparison, particularly when you consider the drubbings India has received overseas. The critics will continue to play down his role in Test cricket, but they tend to forget the time he came into the team. The last few years have been disappointing, but Dhoni’s contributions should be respected.

Consider this: Dhoni brought stability to the team in an era when India struggled to search for a stable gloveman. The likes of Vijay Dahiya, Sameer Dighe, Deep Dasgupta, Ajay Ratra, Parthiv Patel and Dinesh Karthik were tried out in the years before him but none managed to establish themselves. Dhoni’s magnificent performances in one-day cricket were hard to ignore and he was handed the Test cap during the home series against Sri Lanka in 2005. His initial years in Test cricket were like a breath of fresh air. India had their wicketkeeper-batsman in the Adam Gilchrist-mould batting at No. 7.

One can go back to that audacious 148 in his fifth Test, taking on the might of Shoaib Akhtar, or the free-flowing big hits during the Antigua Test in 2006, or the destructive double in the Chennai Test of 2013 — Dhoni does leave behind some good memories. As a leader, he skippered the side well from 2008 to early 2011. The fact that he did not lose any of his first 11 Tests shows how seamlessly he flowed into the zone. Under his captaincy, India have won Test series in New Zealand and West Indies and managed to draw one in South Africa. It was an impressive resume until 2011.

Eventually, it is the slide that would be remembered as Dhoni leaves behind a young side that is yet to find its feet in international cricket. Back in 2012, following those embarrassments in England and Australia, one would have felt the defining hour of Dhoni’s captaincy was to come. After all, comebacks are more fun that a victorious run right through. Sadly, he will leave Test cricket without that sense of vindication. He still hangs his boots with 27 victories in 60 Tests. The fact that he kept wickets in all of them, captained and also batted deserves an applause. 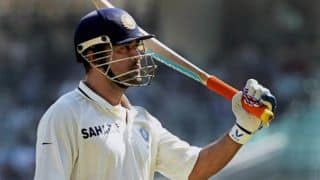