The Chief Executive of the ICC has to make that kind of statement in defense of the ICC against his own president tells a very sorry story. Is Kamal fit to be in the high office he holds? Does he even lack the stature to head even a state unit?

As the apex body for the game of cricket internationally, the International Cricket Council (ICC) is the Vatican for the sport; the high priests at ICC are expected to be exemplary in their actions. But a series of events in recent times has seriously eroded the credibility of cricket administration inside and outside the ICC.

The latest being the sensational broadside of Mustafa Kamal, the ICC president, when he questioned the credibility of the umpires who were appointed by the very body he heads! After Bangladesh’s loss to India in the 2015 World Cup quarter-final, Kamal said: “It looked like they [the umpires] took the field after it [the outcome] was pre-arranged.”

It came as no surprise when ICC Chief Executive Dave Richardson quickly reacted to the unbelievable remark by saying: “The ICC has noted Mr Mustafa Kamal’s comments, which are very unfortunate but made in his personal capacity. As an ICC President, he should have been more considerate in his criticism of ICC match officials, whose integrity cannot be questioned. The no-ball decision was a 50-50 call. The spirit of the game dictates that the umpire’s decision is final and must be respected.” (Kirti Azad supports the umpires after ICC President Mustafa Kamal’s outburst)

That the Chief Executive of the ICC has to make that kind of statement in defense of the ICC against his own president tells a very sorry story. Is Kamal fit to be in the high office he holds? Does he even lack the stature to head even a state unit? Not only his comments were utterly immature and intemperate, but it lowered the dignity of the office he holds and brought global shame to the ICC. I don’t know if there are laws in plays to censure/sack its own president, but Kamal has lost all credibility to head the body in which he himself has no confidence. Moreover, as President of the ICC, he should have been seen to remain neutral rather than show patriotic indulgences. (Dhaka erupts in protests against “biased umpiring”)

I cannot understand how Richardson can say that Kamal’s comments were made in his “personal capacity”. Did Kamal cease to be the ICC President when he made those asinine comments? As a qualified lawyer, he should have known better.

N Srinivasan, the chairman of the ICC, is another high-level functionary of the apex body who has not come out smelling roses in his protracted battle in the Supreme Court of India. “It’s nauseating that N. Srinivasan continued as BCCI chief; he should go if cricket has to be cleaned,” the Supreme Court had said.

In January this year, the Supreme Court barred Srinivasan from contesting BCCI elections citing a conflict of interest and asked him to choose between the BCCI President’s post and owing the Chennai Super Kings (CSK) team in the IPL.

The BCCI has been seen as a big-bully and Srinivasan as boss whose financial muscle could crush any cricketing body that does not choose to toe his line. Arjuna Ranatunga, the former Sri Lankan captain and now a Union minister, said earlier last month: “There is no ICC anymore. It is just BCCI. It is not International Cricket Council it is International Crime Council. If you take all the cricket board Presidents am sure they are all puppets. ICC is the toothless tiger. Just imagine the person whose son-in-law got caught with fixing is the head of ICC. What’s the logic behind that? Worst part is players are getting punished and threatened and when it comes to the Indian Cricket Board, the richest cricket board, rules doesn’t apply for them. I am so glad at least the Indian system (judiciary) is good. They got hold of these corrupt officials and kept them out of the CB. But ICC directors allowed Srinivasan to sit in the ICC main chair. This where I always say when this big three came into power the game is going to Indian Cricket Board’s hand. If this goes for another 3-4 years, cricket will suffer. It is important all Test playing cricket board’s got together and fought for their places. Don’t know whether they have the backbone.”

That is as scathing as it can get. Ranatunga is not solitary in lampooning the perceived strong-arm tactics of the BCCI and Srinivasan, though the dissenters may not openly use the kind of strong words Ranatunga used.

Kamal and Srinivasan are not just two cricket administrators who have been under a cloud. After Chris Gayle fell for another low score [against Pakistan] in the ongoing World Cup, West Indies Cricket Board president, Dave Cameron, re-tweeted a comment from a fan that read: “Gayle goes … can’t buy a run … let’s give him a retirement package… can’t fail repeatedly and still front up based on reputation”. Like Kamal, Cameron unambiguously proved that he unworthy of holding the high office he holds.

The Augean stable needs to be cleaned — a stable that extends both on and off the field. But who can clean the ICC? Who can restore the credibility it once had? There are no easy answers to that. 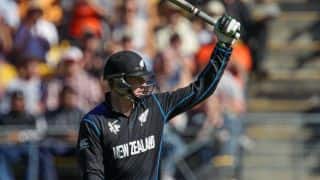 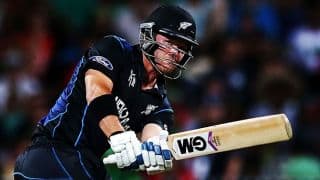