The question remains: how does this directive and adjournment affect N Srinivasan?

N Srinivasan has maintained that he has done no wrong. The Supreme Court, on the other hand, has refused to reinstate him as The Board of Control for Cricket (BCCI) president and gave the Mudgal Committee two more months to file their final report in the Indian Premier League (IPL) 2013 spot-fixing and betting scandal. Nishad Pai Vaidya writes about the wait that awaits Srinivasan.

With Narendra Modi’s visit to Japan and the unrest across the border in Pakistan dominating the headlines, the Supreme Court’s directive on the Indian Premier League (IPL) 2013 spot-fixing and betting scandal was pushed into oblivion. The Apex Court refused to reinstate N Srinivasan as the Board of Control for Cricket in India (BCCI) President and handed the Justice Mukul Mudgal-led commission two months to file their final report. It will now be a two-month wait for the International Cricket Council chairman, who has maintained that he hasn’t done no wrong and deserves to get back his chair.

The question remains: how does this directive and adjournment affect Srinivasan? BCCI were trying to get him reinstated, which would then have allowed him to run for a third term as president. The Annual General Meeting (AGM), where the President is elected, was slated to be held in September 2014. But a BCCI official has admitted that it would be extremely difficult for them to conduct the AGM this month with the extended deadline for the report and Srinivasan being kept away from the BCCI. Aditya Verma, the petitioner in this case, has repeatedly stated that they would oppose any move by the BCCI to hold the AGM during the pendency of this case.

It does make Srinivasan’s position at home a bit untenable. Though he has support from the other officials and would be fairly confident of winning the election, should it take place, being away from the chair is likely to compromise his position.

Srinivasan remains one of the most powerful men in contemporary cricket. For the next two months, nothing much would change and things would go on. It is only after the final report is submitted that one can expect some big developments: that may lead to an uneasy position for Srinivasan.

What can we expect from the report? There are some serious allegations levelled against certain individuals. Whether those allegations are backed by facts and evidence would be revealed then. The final report can  shake Indian cricket with some shocking revelations if the allegations are indeed true. Srinivasan will certainly hope the report backs what he has been saying all the while. He claims innocence and if that is backed by the report, nothing should stop him from coming back to power again.

It is thus going to be a two-month wait for Srinivasan. This time, the report and the investigations will be full and final. The Supreme Court has set the date for November 10 and the panel has to submit the final report, completing the long investigations. Since the first report was filed in February this year, there have been quite a few hearings, adjournments etc. However, the BCCI cannot avoid the inevitable this time. There will be no delay this time. The time bomb is ticking with each passing minute. 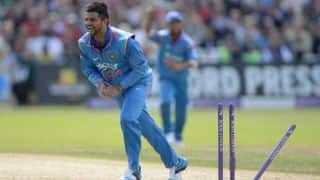 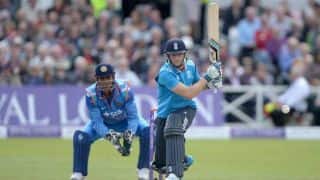