Born September 15, 1971, Nathan Astle is a New Zealand cricketer who was widely reckoned for poignant all-round ability. A prolific performer for the Kiwis, Astle was an inexorable artist on the field. He was a right-handed batsman and a medium pace bowler who opened the batting against the white ball but batted in the middle-order against the red. On his 44th birthday, Suraj Choudhari jots down 12 captivating abstracts about the man who scored the fastest double-century in Tests.

1. Footballer: Astle had the potential to master any sport, although he chose cricket to be his mainstream career but he also had a love affair with the game of football. He played football at a decent level and featured for Rangers A.F.C side in Christchurch.

2. Fastest double-century: Astle engraved his name in the history of cricket when he went ballistic in a Test against England. In the first Test against the English side at home in March 2002, Astle fired a bewitching 222 off just 168 deliveries in the fourth innings and became fastest double-century scorer in Test cricket. His innings contained 28 boundaries and 11 long sixes. This knock is also the second highest individual knock in the fourth innings of Test cricket after George Headley.

3. Terrific run in 2003 World Cup: Astle had a dream run in the 2003 World Cup. In seven outings, Astle scored 213 runs at an average of 42.62 with a tenacious century to his name. He also proved handy with the ball as he got crucial breakthroughs on three occasions.

4. Magnanimous: Astle s magnificent century in 1996 World Cup game against England saw him claiming the Man of the Match award. According to a report from India Today, Astle gifted his Man of the Match cheque to a local hawker Bharat Shah in Ahmadabad who sells panipuri.

5. All-rounder with healthy records: Astle was a productive all-rounder and had a healthy record in international cricket. In 81 Tests which Astle played, he scored 4702 runs at a significant average of just over 37 and bagged 51 wickets. He appeared in 223 One-Day International (ODI) for the Blackcaps and scored 7090 runs at an average of 34.92 and claimed 99 wickets. His figures corroborate the belief that he was indubitably one of the most prolific Kiwi batsmen.

6. Love for cars: Astle had an avid interest towards motors and auto track racing. Once he retired from international cricket, he flirted with track racing and competed mainly at Ruapuna Speedway.

7. Child care centre: After his active cricketing days were over, Astle bought a childcare centre in Christchurch. He and his wife Kelly successfully manage the centre where he also happens to be the director of the organisation.

8. A unique record: Astle s prowess with the bat is well-known but it would come as surprise to many that he also holds the record for most number of ducks in World Cup. In 22 World Cup appearances, Astle walked back to the pavilion without troubling the scorers on five occasions.

9. Three English County teams: Astle represented three English county teams in his entire cricket career. He started with Nottinghamshire then moved to Durham and in the end played for Lancashire.

10. Coach: Many cricketers are often seen taking the job of a coach once their playing days are over. Post-retirement, Astle also tried his hand at coaching and got associated with Burnside West Christchurch University Cricket Club as their coach.

11. Honours: Astle found himself in the limelight when he was honoured with the 2005-06 Walter Hadlee Trophy for Best Kiwi batsman in ODIs.

12. ICL: Astle led the Mumbai Champs side in the opening season of the Indian Cricket League (ICL) which also had the likes of Tino Best, Hasan Raza, Michael Kasprowicz and Johan van der Wath and Sandeep Patil as their coach. 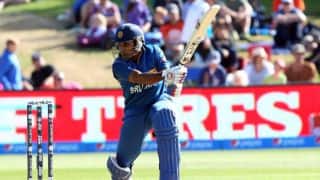 Mahela Jayawardene, Paul Collingwood to be consultants for England vs Pakistan during UAE series