Australia defeated West Indies by 6 wickets in the second match of the Tri-Nations series.

The Tri-Nation series including Australia, West Indies and South Africa went under way as Australia s first assignment in 2016-17 season. With this, they begin the journey of defending their ICC world No. 1 rank in One-Day International (ODI) format. Although it was an all-round show from the Steven Smith-led Australians in their first match of the series against West Indies, the talking point undoubtedly was the spin trio Nathan Lyon, Adam Zampa and Glenn Maxwell. While West Indies spin strength lies on in Sunil Narine and Sulieman Benn, Australia can consider themselves powerful if the spin trio stick to their performance from the match at Guyana, and carry the momentum through the rest of the series. Full Cricket Scorecard: West Indies vs Australia, Tri-Nation Series, Match 2 at Guyana

The opening match of the Tri-Nation series was between South Africa and West Indies, which witnessed one of the classy performances from Narine. It derailed a class batting line-up consisting of Hashim Amla, AB de Villiers, Quinton de Kock and JP Duminy. That game was certainly a one-man show led by Narine with his 6-wicket haul that restricted the South Africans at 188 in 46.5 overs. The hosts got the same taste of their medicine when Australia s Maxwell, Lyon and Zampa provided them with a similar treatment, moreover it was more embarrassing considering their final score being a mere 116.

Lyon, who has etched himself as Australia s best-ever off-break spinner in the Tests with 195 wickets in 54 matches has never been Australia s favourite in the coloured-jersey. The board has made decisions like choosing inexperience Ashton Agar ahead of Lyon for a limited-overs series. However, after a repeated failure from their choices, the Australian board gave a green signal to Lyon, who has played only his 11th ODI after making his ODI debut in 2012. He was assisted by a young Zampa, who has been grabbing the attention with a good performance after another. MATCH REPORT: Australia cruise to a 6-wicket win over West Indies in Tri-Nation Series 2016, Match 2; earn bonus point

Zampa, who made his international debut earlier this year against New Zealand, clutched an Indian Premier League (IPL) contract in his very first auction. He became the second player in the IPL history to claim a 6-for. He played for MS Dhoni-led Rising Pune Supergiants (RPS) and had always made his presence felt whenever included in the playing XI. With Lyon and Zampa together had an experience of 14 ODIs, Maxwell was the most experienced spinner of the three in the 50-over format. While Maxwell will retain his place in the playing XI as an all-rounder, there will be times when Lyon and Zampa would be seen fighting for spot of the regular spinner.

Will that be a problem? Lyon does not think so. The senior player did not hesitate to praise Zampa, who ripped apart the lower-order of the West Indies on Sunday night.

It was exciting to play the first game with ‘Zamps’ and hopefully there’s a big future for both of us. I think that’s one of our biggest weapons our communication. We’re all really good mates, we all want to see each other do well. If we can have that open communication with each other and try and help each other better the team and get the right result for Australia, we’re heading in the right direction, the off-break spinner said.

Lyon, Maxwell and Zampa share an excellent relationship outside the cricket field which is why they have clicked their rhythm which came as a boon for the Australians. There will be competition as at the end of the day there might come a decision from the skipper that only one spinner would be picked. Nevertheless, the battle is going to be healthy, it will aim for the benefit of Australia first and then the players. Live Cricket Score, West Indies vs Australia, West Indies Tri-Nation Series 2016, Match 2 at Guyana: AUS win by 6 wickets

The upcoming months have tons of limited-overs cricket stored for the Australians, both home and away. Smith and Co are set to face South Africa, New Zealand, Sri Lanka and Pakistan after the conclusion of the tri-series. The away series against Sri Lanka is the very next assignment for them, which will be played in the sub-continent where spin plays a huge factor. The Australians have been heavily dependent on their pacers of late. Mitchell Starc, Mitchell Marsh, and Josh Hazlewood have been under immense pressure to keep their attack as strong as before, especially after the retirements of Ryan Harris and Mitchell Johnson simultaneously.

The recent injuries of Starc and Marsh junior have indicated that an over-reliance on them will surely not help the side. Pacers are the most injury-prone cricketers and a side must have plan B ready in their absence. In this case with the spinners stepping up will be a tremendous plus point as it will vastly cut down the responsibility from the shoulders of the fast bowlers which will allow them to perform more freely.

The success against West Indies at Guyana was just a good sign. It has to be forgotten and the trio must work towards carrying that momentum forward. They face the South Africans next, a side which will give away everything to return to winning ways. The likes of Amla, de Villiers, de Kock and Duminy are excellent players of spin. Maxwell, Lyon and Zampa have a huge task ahead of them. 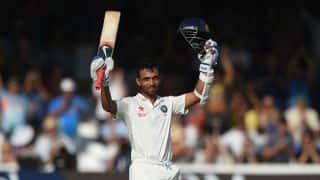 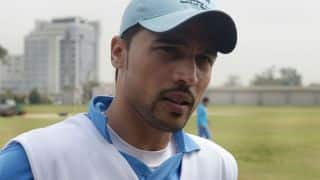