The ball is now in the International Cricket Council’s (ICC) court to protect Test and other international cricket in the face of the growing threat posed by the IPL. 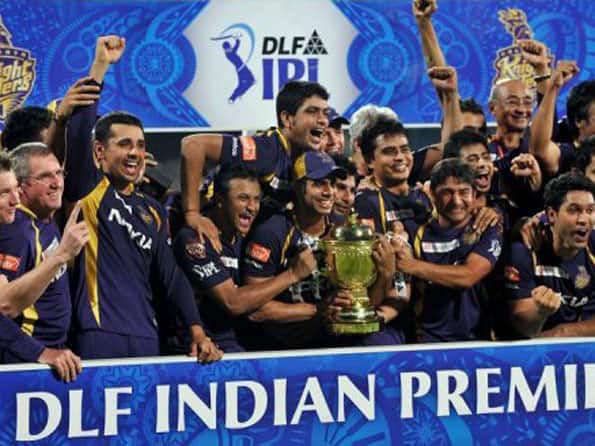 When the Indian Premier League (IPL) commenced five years ago, there was fear, albeit in miniscule proportions, that international cricket could soon take a backseat. After every edition the fears multiplied, as some players preferred representing their franchises in the cash-rich league rather than representing their nation. Now, five years later, two major cricketing boards have decided to scrap Tests in favour of the IPL. The ball is now in the International Cricket Counil’s (ICC) court to protect Test and other international cricket in the face of the growing threat posed by the IPL.

This is not the first time that an international event has fallen prey to the IPL. The Test series between West Indies and Sri Lanka was slated for April next year, but boards of the two nations thought it better to do away with the game’s original format and play a triangular One-Day International (ODI) series involving India instead – after the IPL, of course! While this not only implies that players of both teams remain available for the entire duration of the IPL, the two boards also stand to earn much more by deviating from the original course. The more their players participate in the league, the more money the boards make.

This is not to criticise the IPL. That would be unfair. The IPL has turned out to be one of the most awaited tournaments, at least in India. While it not only gives young and domestic players a chance to rub shoulders with the best in the world, it has also pulled in a lot of viewers, young and from both genders. It has reached more than its targeted audience, and with them beginning to relate to a few of the international players, even the staunchest detesters cannot deny the fact this tournament will go from strength to strength.

It’d augur well for the game of cricket if the ICC can ponder about creating a window for the IPL. There is a lot of money in the league, and one cannot blame the players for heading to the greener side of the grass. Agreed, nothing beats playing for the country, and it should be the top most priority, but if you take the example of a country like Sri Lanka, where the players weren’t even paid for a considerable amount of time post the 2011 World Cup, why would they give up an opportunity to earn some good money by utilising their talent elsewhere in the same field?

The condition of the West Indies Cricket Board (WICB) is somewhat similar to that of Sri Lanka’s post the 2007 World Cup. The fact remains that quite a few cricket boards across the world are not financially strong at the moment, and the IPL provides a perfect source of income for them in this regard.

First the players, and now the boards, are willing to sacrifice everything else in favour of the cash-rich IPL. The format that has been affected the most, despite continual denial by the head honchos, is Test cricket. The original version of the game is not dead yet, but if the ICC continues to turn a blind eye to the format’s dwindling fortunes, and hopes that the flaws will iron out by itself, then one shouldn’t be surprised if Tests become extinct in a few years to come.

However, one may feel that this is a Catch-22 situation for the ICC, for if they grant IPL a window, the rest of the private leagues too will start demanding a window of their own. But none of the other leagues have replicated the success of the IPL, and it could probably take a few good years for the Bangladesh Premier League (BPL) and the Sri Lankan Premier League (SLPL) to find a foothold. None of them can match the figures put forth by the IPL, at least for the moment. If the ICC can somehow realise IPL’s growing stature and take advantage, a lot of good can eventually crop out from it.

This is not the first time that Sri Lanka has turned an international fixture down due to the IPL. And now, the WICB has followed suit. It’s a known fact that quite a few players from various countries earn a lot more by playing for 45 days in the IPL than they earn annually by representing their nation. If such a scenario persists, then international cricket, primarily Tests, could no longer remain a priority.