Neil Harvey, the youngest of Don Bradman's Invincibles, was also the youngest Australian to score a Test hundred at that time.

On October 8, 1928, one of the greatest left-handed batsmen of all time was born. Abhishek Mukherjee looks back at the career of Neil Harvey, the youngest of Don Bradman’s Invincibles and also the youngest Australian to score a Test hundred.

One of the finest left-handed batsman, Neil Harvey batted with great panache, and he made up for his 172 cm height with incredible footwork and all-round strokeplay. He was an aggressive batsman, and yet batted well under pressure time and again.

Robert Neil Harvey was the fifth of six sons: three of his elder brothers went on to play domestic cricket; one of them, Merv actually played an Ashes Test in 1946-47. Neil, already deemed as a schoolboy prodigy (he had played for North Fitzroy Central School at the age of nine; and scored 112 out of 140 in a final against Mont Albert), made his debut in the same season against Tasmania, scored 18, and in the very next match against the same opponents, announced his arrival with a 154.

A 69 against a touring MCC and an 87 and unbeaten 56 against touring Indians meant that Harvey gate-crashed into the Australian Test side as a teenager to play India.

He did not do too well on debut in the fourth Test of the series at Adelaide. He scored 13, but impressed all and sundry with his superlative fielding. He found his groove in the next Test at Melbourne, scoring 153 (he ran a five to reach his hundred) as Australia inflicted another heavy innings defeat on the hapless Indians. This made Harvey the youngest Australian to score a Test century: he was 19 years 121 days, 28 days younger than what Archie Jackson was at Adelaide in 1928-29. He also equaled Giff Vivian’s world record as the youngest Test centurion.

Harvey became an automatic choice for the 1948 Ashes tour. It was not until later in the summer that he saw some serious form, especially during his lightning hundred against Sussex, though it came too late for the first Test at Trent Bridge. Harvey continued with his form, not compromising with his style: he was eventually picked to replace an injured Sid Barnes in the fourth Test at Headingley (though he had been selected as the twelfth man for the first three Tests, thanks to his superlative fielding), just like Merv Harvey a year and a half back.

Down 0-2 in the series, England started strongly, but collapsed in a heap to 496 from 423 for 2. With Australia struggling at 65 for 3 (this included Arthur Morris, Hassett and Bradman himself), Harvey joined Keith Miller, and famously uttered the words “Hey, Nugget (Miller), what’s going on? Let’s get stuck in.”

As the two cavalier batsmen launched a furious counterattack, what followed has been described by many as the most attractive partnership on the tour, even by the lofty standards set by The Invincibles. After adding 121 in 90 minutes with Miller, Harvey never changed gears, and added 105 in 95 minutes with Loxton. He scored 112 with 17 boundaries, thereby becoming the first Australian left-hander to score a hundred on his Ashes debut.

He was an automatic selection for tour of South Africa in 1949-50. Harvey amassed 660 runs at 132.00 from eight innings in the series with four hundreds, and was the chief reason for Australia trouncing the South Africa 4-0 in their own den. Trailing 0-2 in the series, South Africa scored 311 before Hugh Tayfield and Tufty Mann bowled out the visitors for 75. Even after Bill Johnston and Ian Johnson’s spells, Australia required 336 for a victory — an improbable task against Tayfield and Mann. The spinners reduced Australia to 59 for 3 when Harvey walked in; and when Morris fell with the score on 95 for 4, all seemed to be over. Harvey cut down his strokes and adopted a patient, restrained approach: he added 135 with Loxton and an unbroken 106 with Colin McCool, and that was that: he had batted for five-and-a-half hours, had scored 151 not out, and had pulled off a sensational victory for the visitors. He continued to dominate the series, and what might have been a turnaround ended in a complete rout.

A year later he found himself playing South Africa yet again. This was a much more closely contested series than the earlier one. Australia took lead twice in the series, and South Africa came back twice to end the series 2-2. What remained unchanged was, though, Harvey’s batting: he scored 109 and 52 at Brisbane; 11 and 60 at Melbourne; 190 at Sydney; 84 and 116 at Adelaide; and 205 and seven at Melbourne: an aggregate of 834 (thereby going past Bradman’s Australian record of 806 against South Africa) runs at 92.66. Harvey scored 1,659 in the entire home season, 31 short of Bradman’s 1,690.

In England next year, Harvey did not do too well in the Tests, scoring a hundred at Old Trafford as England regained the Ashes after 19 years. However, he became only the third batsman (after Bradman and Stan McCabe) to score 2,000 runs on a tour in the last 25 years. Harvey scored 2,040 runs at 65.80 with 10 hundreds.

England visited Australia next year: Harvey top-scored with 162 in the first Test at Brisbane to secure an innings victory. It seemed that it was a matter of time that the Ashes will change hands yet again. In the second Test at Sydney the Australians took a lead of 74 despite some genuinely quick bowling by the young Frank Tyson. Set out to chase 223, Harvey played what has been described by many as his lifetime performance. As Tyson and Brian Statham ran through the Australian line-up, Harvey played with panache; unleashed every stroke in the book; used supreme footwork and remained unconquered on 92 as the Australians collapsed to 184 – the next highest being 16. The series went downhill from there: Harvey lost form, and England regained the Ashes by a 3-1 margin.

Next season, in West Indies, Harvey mastered his old foes Ramadhin and Valentine to score  204 and two 133s to help Australia win the series 3-0: his series aggregates read 650 runs at 108.33, but he was probably overshadowed by Clyde Walcott’s 827 with an incredible five hundreds in a series, a world record that still stands.

As Johnson and Miller — the captain and vice-captain — both decided to hang up their boots. Harvey replaced Johnson as the captain of Victoria, and was definitely the forerunner in the race towards Australian captaincy. But the selectors surprised everybody by picking Ian Craig — hailed as the “next Bradman” — as the new captain.

Before the fifth Test at Port Elizabeth, Craig, possibly not too comfortable with leadership and woefully out of form himself, decided to drop himself from the Test. Peter Burge, the third member of the panel, supported this decision. However, Harvey himself opposed the decision, and convinced Burge to support him. So, before the match, Craig turned out to be the only one wanting Craig to be dropped. He was outvoted, and under strange circumstances, Craig led Australia to a Test and series victory.

After this season, Harvey went on air, claiming that the frugal salary Australian Cricket Board offered the cricketers was not sufficient for a livelihood. Harvey, playing cricket since his teens, had turned almost broke, and had made up a decision to move to his wife’s homeland, South Africa. As a result a glass manufacturer in Sydney offered him the post of a sales supervisor, and Harvey had to move to Sydney. However, this also meant that he had to give up state captaincy, as Craig was captain of New South Wales. Not only that, he was not even offered the post of vice-captain, given the presence of Richie Benaud — the other contender for the slot of national captain.

As England visited Australia for the Ashes, Harvey was asked to lead an Australian XI at Sydney as Craig had announced himself unfit. The wicket was hugely underprepared, and Jim Laker and Tony Lock bowled out the hosts. Harvey fought with a patient 38 in a fourth innings, but the Australians lost their last 9 wickets for 43, and MCC won by a whopping 345 runs.

As a result, Benaud was made captain and Harvey his deputy. Harvey continued with the good job, scoring 291 at 48.50. At Brisbane he scored an amazing 167 out of 244 scored during his stay at the wicket before Ian Meckiff took 6 for 38 to bowl out England for 87. Australia won the series 4-0 and regained the Ashes.

Harvey continued his good form on the twin tours of Pakistan and India that followed: he scored 273 at 54.60 in from three Tests in Pakistan. In the first Test at Dacca, Harvey scored 96 out of 151 scored during his tenure at the wicket. He fought high fever and dysentery to play yet another spectacular innings on a matting wicket, something he was completely unused to. This innings was lauded by the likes of Benaud – “one of the best innings at Test level” – and Gideon Haigh – “one of his most dazzling innings”.

In the next Test at Lahore, when Harvey and the right-handed Norman O’Neill pushed hard for victory, the Pakistanis took to time-wasting strategies, taking ample time to change field after every single. To combat this, Harvey left a straight ball from Mohammad Munaf and allowed himself to be bowled. Benaud walked in next, and the two right-handers polished off the remaining runs with twelve minutes to spare.

On the next Ashes tour, Harvey began well with a 114 at Edgbaston, where Benaud’s injury meant that the English could save the Test despite a 321-run deficit. However, Benaud’s injury also meant that Harvey got to lead for the only time in his career in the next Test at Lord’s. Chasing 69 for victory, Harvey held back Bobby Simpson and promoted Burge. From 19 for 4, Burge hit out against Brian Statham and Fred Trueman, and remained 37 not out as Australia somehow managed to pull off a win.

Next year, before the return Ashes, Harvey announced that he would retire after the series. He had a good domestic season, so his place was never in doubt. After England went up 1-0, Harvey scored 64 in the third Test at Sydney to help square the series. He followed this with his First-class career-best 231 not out against South Australia in his last Sheffield Shield innings, and then his 21st and last Test hundred – 154 at Adelaide. In his last Test – also at Sydney – Harvey scored 22 and 28, but held 6 catches in the Test to equal the existing world record.

Harvey finished with 6,149 Test runs at 48.41. He scored 21 hundreds. For Australians, both counts were next only to Bradman’s (6,996 runs and 29 hundreds). He was selected by the Australian Cricket Board for its Team of the Century and was later inducted into both the Australian Hall of Fame and the ICC Cricket Hall of Fame.

He served ACB as a selector later on. He was involved in two of the most significant decisions of the 1970s: the sacking of Bill Lawry in 1970-71 and the appointment of Bobby Simpson as captain in 1977-78 years after his retirement from international cricket. 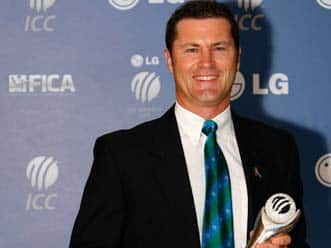 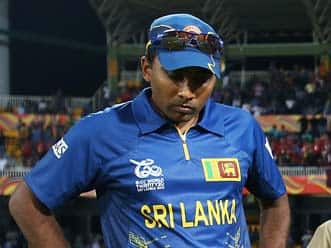