In a few days time, Brendon McCullum would be sitting at home with his family, reflecting on a chequered career he had that saw him turn into one of cricket’s finest in recent times. McCullum will retire after the second and final Test at the Hagley Oval in Christchurch — a must-win game in order to avert a series defeat against Australia — and by now the outgoing captain and his side would have done all their preparations and homework to ensure they do not continue to err against their rivals. But that’s not exactly relevant here.  FULL CRICKET SCORECARD: New Zealand vs Australia, 2nd Test at Christchurch

McCullum will be gone soon, and with him the spunk, the aggression, the determination and the different ways of approaching the game of cricket. New Zealand and world cricket will find themselves poor after a player of such stature walking away, and all they can do is try and incorporate the values that the Kiwi great taught to the world. ALSO READ: New Zealand vs Australia, 2nd Test at Christchurch, Preview: Steven Smith and Co look to wreck Brendon McCullum’s farewell

If looked at individually, New Zealand have always had quality (but seldom great) players, but success for longer spans has eluded them for a long period of time. In clichéd term, there have been sparks of brilliance, but no consistency. But with McCullum in charge, they broke away from their image of being a quality side that lacked the spark to win, and ended up with their best series of results across formats.

New Zealand rammed every single opponent on their way to ICC Cricket World Cup 2015 final, and their juggernaut was stopped only when they ran into another rampant side of the tournament, the eventual winners Australia.

For more than one reason, the final at Melbourne was over as soon as Mitchell Starc cleaned up McCullum on the fifth ball of the game.

McCullum was New Zealand’s best shot, as well as the Achilles Heel. Had he survived that ball, New Zealand might have got yet another sparkling start. Who knows how many runs McCullum would have smashed, and how many New Zealand would have amassed. But since McCullum fell in the first over itself — a devastating blow — New Zealand stumbled and kept slipping till Australia had the game firmly in control. McCullum was the biggest fighter in the New Zealand side. Now, with him gone, they need to find a few more. ALSO READ: Brendon McCullum’s moment of harsh realisation

New Zealand should have won in England in mid-2015. They have not defeated England since 1999, and the series last year was the perfect opportunity — not because the hosts were struggling but due to the fact that New Zealand were the better side. At least on paper. But, the team returned home with a drawn series (thanks to some outrageous hara-kiri with the bat), having underperformed and lost in the first Test and finally finding their mojo in the second. It was a short series of two Tests and New Zealand were late to get going. New Zealand would be aware such opportunities do not come their way often.

And so do leaders like McCullum. It is a fact that the Kiwis ascended to greater heights in limited-overs cricket, but the real test for Kane Williamson, Martin Guptill, Trent Boult, Tim Southee and every single member of this current lot — who claims to be deserving a permanent place in the side — will be to make sure their fortunes are as bright in Test cricket.

McCullum taught New Zealand to be fair, hardworking, persistent, disciplined and motivated. He demanded New Zealand to be at their best, and he brought that out from them. But in a few days time he would be gone, and what New Zealand will miss is the leader whose void cannot be filled.

New Zealand’s greatest challenge will be to keep the legacy alive of a warrior who carries a silver fern tattoo on his chest. 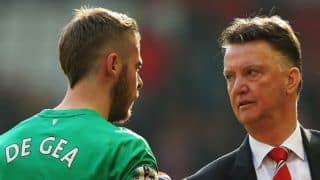 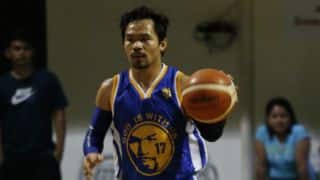 Manny Pacquiao: God is on my side