Boult starred with a burst of six wickets for four runs in 15 deliveries against Sri Lanka.

A stunning burst of six wickets for four runs in 15 deliveries by Trent Boult gave the left-arm quick his career-best figures of 6/30 as Sri Lanka were rolled over for 104 on day two of the second Test in Christchurch on Thursday.

From an overnight 88/4, Sri Lanka collapsed sensationally to hand New Zealand a lead of 74.

Boult struck in his third over of the morning by dismissing Roshen Silva, caught at third slip, and then pulled the floor from under Sri Lanka s feet with a triple-wicket maiden. The final five wickets fell for four runs – the worst final five-wickets collapse in Sri Lanka’s Test history. Their last four all fell for ducks, lbw to Boult, as Angelo Mathews (33*) watched helplessly from the non-striker’s end.

While his overall figures of 6/30 do not slot in anywhere near the top ten list of most economical six-wicket hauls in Test cricket, Boult s spell of 6/4 in 15 deliveries is evocative of Curtly Ambrose s epic burst of seven wickets for one run in 32 deliveries against Australia at the WACA in 1993. That remains the most devastating spell at the WACA, and one of the most stand-out in the history of Test cricket. On day one of the fifth Test in January 1993, Ambrose triggered a sensational collapse from 85/2 to 119. Six of Ambrose s victims were either caught in the slips or by the wicketkeeper Junior Murray and his final figures were 18-2-95-7. With a three-day win, West Indies won the series 5-1.

In the modern era, there have been some other incredible bursts. During West Indies tour of Bangladesh in 2002, Jermaine Lawson burst open the home team s batting line-up in Dhaka with an earth-shattering spell of six wickets for three runs – which to this day remains the cheapest six-wicket haul in Test cricket.

In 2004, against India at the Wankhede Stadium in Mumbai, Michael Clarke – in his third Test – left a big imprint on a low-scoring classic. On a minefield of a pitch, Clarke s golden arm stunned India in their second innings: 38 balls, six wickets for nine runs. It is the most economical six-wicket analysis by an Australian ever.

In 2011, Vernon Philander claimed 5/7 against New Zealand at Cape Town to send the visitors crashing to a paltry 45 in their first innings. Brendon McCullum’s decision to bat came a cropper as New Zealand fell to their shortest completed Test innings (19.2 overs) with Philander returning new-ball figures of 6-3-7-5.

In 2013, Dale Steyn claimed six wickets for eight runs to bowl Pakistan out for their lowest Test total. In a Pakistan collapse for the ages – and really a remarkable one even by their standards – the visiting team were dismissed for 49 to hand South Africa a lead of 204. Steyn was at the forefront of that collapse, claiming 6/8 in a spell of 10.4 overs, which remains the third cheapest six-wicket haul in Tests history after Lawson s 6/3 and Arthur Galligan s 6/7 against South Africa in 1924.

At Trent Bridge during the 2015 Ashes, Stuart Broad bowled an astounding spell of 9.3-5-15-8, his career best in Tests and the eighth best for England in Tests, to send Australia hurtling to 60 all out. Three of the first four batsmen registered zeroes, only two made it to double-figures, and extras contributed 14 to a dismal scorecard. It was Australia s joint seventh-lowest total ever.

Against South Africa in Johannesburg in 2016, Broad had a spell of five wickets for just one run as South Africa were bundled out for 83 to lose the third Test and the series. It was, remarkably, the seventh time that Broad had taken five wickets or more in one spell. 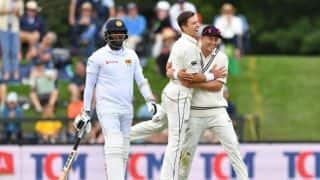 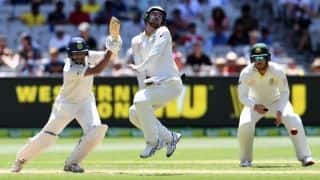