New Zealand have won just four out of 52 Tests they have played in England.

New Zealand take on England in a two-Test series at Lord’s and Headingley. Though their record in England in whites might not be which would inspire them, Nikhil Popat believes this is their best chance to beat England and pens down his reasons for the same.
ALSO READ: New Zealand could add to England’s woes believes Richard Hadlee

England will host New Zealand for two Tests to kick off a long summer. The hosts, like most teams in recent past, have been good at home. New Zealand do not quite have a good record in whites in England. They have won just four out of 52 Tests they have played in England, losing 29 and drawing 19. In fact, New Zealand have not managed to beat England in England since 2000. They have not won a rubber against England in this period either, having lost four of the six Test series played between the two sides and drawing two. READ: Martin Guptill hits form ahead of his return to Test cricket

The above table though is not surprising. They make England overwhelming favourites to win the Test series, but things may not quite be that easy this time around for England to run through New Zealand.  The 2-0 whitewash over New Zealand at their den was humiliating. Brendon McCullum will be eager to avenge that, and his team have the best chance of upstaging the English in this millennium. READ: England scared of terrific twins, Tim Southee and Trent Boult: UK media

England had demolished New Zealand in the 2013 rubber. It was a tour when New Zealand went past 200 just twice. Their highest score was 220 in the second Test which they lost by a whopping margin of 247 runs. But the Kiwis have turned a corner since then, if we have a look at their batting numbers after that Test series. They have better numbers compared to the Englishmen. The following table illustrates the same.

McCullum has not only revitalised his team but also himself as a batsman. Along with Kane Williamson, he will be key for New Zealand as they take on a team which seems to be struggling mentally to cope with the off the field drama. For England, Gary Ballance and Joe Root have been the obvious stars and continue to remain the main stem of England’s batting line-up.

In bowler-friendly conditions, swing bowlers have enjoyed success. It is no rocket science that the opening bowlers from either team have been superb.

The pair of Tim Southee and Trent Boult has inflicted most of the damage for New Zealand with the swinging ball. Though James Anderson has been the best bowler for England, it is due to the lack of bowling support to him that England have lost many Tests post the home series against New Zealand against 2013.

Stuart Broad has somewhat tapered off since then. His bowling has lost pace and ever since he was hit by a Varun Aaron bouncer, on his nose, his batting has taken a severe beating and his low confidence is more than evident.

New Zealand can pounce on this particular aspect since it was Broad who ran through them taking 12 wickets from four innings at 15.91 in that particular series. If the Kiwis apply themselves well the West Indians had, the English attack may well be exposed.

England have also struggled a lot is the spin department. Moeen Ali had a ‘dream’ bowling series against India, but England know they need a quality spinner to back up the pacers.

It is not a surprise that New Zealand are doing well off late, their change in leadership has reaped rich rewards. Since that tour to England, New Zealand have lost just two out of the 15 Tests. The following table depicts how good the Black Caps have been in whites since that series in England.

The series against India and Pakistan were very special. When it looked like New Zealand could lose to India, McCullum played the knock of his life to score a triple and they saved the game.  When they toured UAE later, it looked like Pakistan would trounce them all ends up — given that they had thrashed Australia 2-0 just before that. New Zealand showed supreme resolve to draw the series and leave UAE with heads high.

McCullum’s aggressive approach has been key to New Zealand’s fortunes. If he continues to lead the way he has in the recent past, England are in for some serious contest. The upcoming series will certainly not turn out to be one-sided. However, Baz will need his team to back him up with bat and ball. If they strike England as a team, the world may see more important ‘issues’ troubling England. 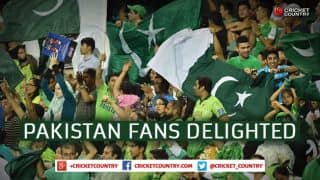 "ICC does have a bias against Pakistan" 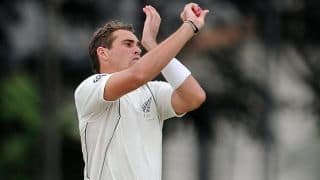