Bangladesh have lost all their seven T20Is against India.

1 T20 tournament final between India and Bangladesh till date, in the 2016 Asia Cup at Mirpur; India had won that match comfortably, by 8 wickets. This will be Bangladesh’s 2nd T20I final and India’s 4th. India had earlier beaten Pakistan in the 2007 World T20 final and lost the 2014 World T20 final to Sri Lanka.

1 T20I defeat needed for Bangladesh to become the 2nd team, after Sri Lanka (52), to lose 50 T20Is. Bangladesh are currently joint-2nd, with New Zealand.

3 wickets needed by Rubel Hossain (5) to top the wickets tally in India-Bangladesh matches. The list is headed by Al-Amin Hossain (7), followed by Ashwin (6). Nehra also has 5 wickets.

4 captains used by Bangladesh in their 7 matches against India — Mohammad Ashraful, Mushfiqur, Mashrafe Mortaza, and Mahmudullah. Shakib may become the 5th. India have used only 2 captains, Dhoni and Rohit.

1 uncapped player in the Indian camp — Deepak Hooda. He may become the 75th Indian to play T20Is. 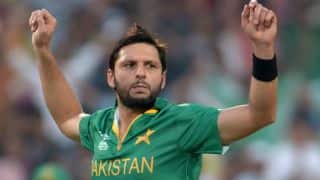 Watch: Shahid Afridi does not celebrate Misbah-ul-Haq’s wicket as mark of respect during PSL 2018 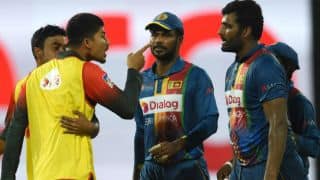