Once regarded as India’s premier domestic one-day tournament featuring all top players in the country, the NKP Salve Challenger Trophy has been reduced to nothing but a platform for young players to make a mark and providing the fringe players a chance to make a comeback to the national side. Devarchit Varma explains... 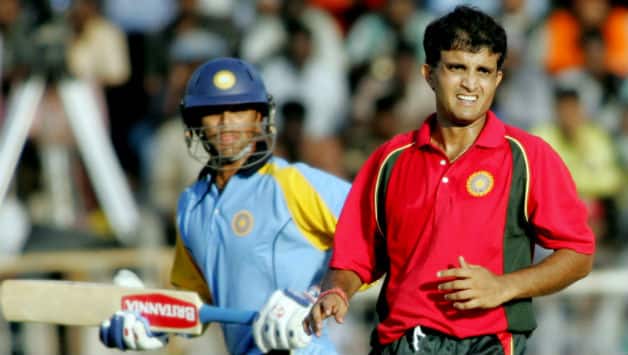 Unlike earlier, senior players like Rahul Dravid (left) and Sourav Ganguly are hardly seen in the tournament and thereby the interest in the fans has dropped considerably © AFP

Once regarded as India’s premier domestic one-day tournament featuring all top players in the country, the NKP Salve Challenger Trophy has been reduced to nothing but a platform for young players to make a mark and providing the fringe players a chance to make a comeback to the national side. Devarchit Varma explains…

India’s premier one-day domestic tournament, NKP Salve Challenger Trophy was incepted in the 1994-95 season, providing a perfect platform for the upcoming talent to brush their shoulders with the experienced campaigners in the national side. The presence of the likes of Mohammad Azharuddin, Sachin Tendulkar, Vinod Kambli, VVS Laxman, Rahul Dravid, Sourav Ganguly, Anil Kumble and many more legendary players of their generation for years together generated humongous amount of interest for fans and followers. The tournament’s scheduling and purpose was beneficial in one more way — it would set the ball rolling for the country’s top-most domestic series in the longer format, Ranji Trophy.

But time has changed. The seniors are hardly seen in the tournament and thereby the interest in the fans has dropped considerably. A tournament that was given a facelift under the leadership of IS Bindra in 2005, having sponsors for teams and television broadcast contracts, now sulks under the burden of carrying on its shoulders the young and promising talents and the discarded ones; at the same time it is missing the players who actually brought fans and followers to it.

It all perhaps started when the 2002-03 edition of the tournament was not held. Few years down the line, in 2007, the big three of the Indian cricket — Tendulkar, Ganguly and Dravid were rested due to the busy international schedule. In 2009, Tendulkar requested for rest and it was in the same year when Mahendra Singh Dhoni made his last appearance in the tournament. More trouble rose when star all-rounders Yuvraj Singh and Irfan Pathan were ruled out due to injuries in the same edition.

The tournament had its own benefits over the years — the rise of Piyush Chawla, S Sreesanth’s impressive spells, and among them was Dhoni’s quickfire century (102) and his partnership with Shikhar Dhawan (126) in the 2004-05 edition. Representing India Seniors, the duo added 187 for the opening wicket against India B before Dhoni retired hurt. India Seniors won the game by eight wickets. Dhoni’s last appearance in the tournament was in 2009; obviously the demands of the international cricket prevented him to continue any further.

It’s not only the absence of the players that has taken the sheen off the tournament; its scheduling over last few years is under scrutiny. Unlike in the editions of 2008, when it was held just ahead of the ODI series against England, and 2009-10 which was organised just before the start of one-day series against Australia at home, the other editions that followed by and large went unnoticed.

It is a well-established fact that Twenty20 cricket has taken the eyeballs of the fans off other international cricket tournaments that includes Tests and ODIs. Fans today follow T20 games irrespective of a national side playing, or it being a franchise-based tournament. There’s even a section of the cricket fraternity talking about discarding the ODIs in favour of Twenty20s. All these factors do not do any good to the tournaments like the Challenger Trophy.

Named after the man who got India the rights to organise the 1987 World Cup, the former Board of Control for Cricket in India (BCCI) President Narendra Kumar Salve, the tournament today is fast turning out to be another platform for the fringe players to make a mark and play some more quality cricket — surely not the reason why it was started.

It won’t surprise many of the Indian fans, given the depth of the talent pool that the country has, that the national team continues to top charts in One-Day International (ODI) cricket and its players continue to shine despite the country’s top-most domestic one-day tournament getting a cold shoulder. It can only be termed as a blessing. But how long will it continue like this? Perhaps the BCCI can answer.