If dropping MS Dhoni is out of the box, why not promote him to No. 4 or 5 to prolong his T20I career?

A few days back, Virat Kohli defended MS Dhoni when questions were raised over the latter s T20I spot. Kohli rightly opined You have to understand, the position in which he comes out to bat, even Hardik [Pandya] could not score in that game (referring to the Rajkot match vs New Zealand). Then why are we only pointing out one man?

Kohli further added, We are conveniently targeting only one man which is not fair. We also have to look at the fact that by the time he comes in, either the run rate is already eight-and-a-half or nine-and-a-half and the wicket is also not the same when the new ball is bowled. Also, the batsmen who are set from the top, they find it easier to strike the ball straightaway compared to the guys who come lower down the order.

Why not promote him to the top?

Kohli has immense respect for Dhoni. It is evident from their on-field camaraderie (they call it bromance these days) while taking important decisions. Dhoni had given Kohli full licence to grow during his tenure, promoting him to No. 3 across formats. Along with Virender Sehwag, Dhoni had saved Kohli from his ouster during the 2011-12 Border-Gavaskar Trophy in Australia. By all means, Kohli owes a large chunk of his success to Dhoni. He, at the moment, is clearing his dues…

Let us accept, for the time being, that Dhoni will remain a fixture in the side. If that is the case, why not extract the most out of him? Dhoni s legendary finishing skills are on an unmistakable wane. This isn t the Dhoni of 2005 who had smashed Sri Lankan bowlers to pulp in Jaipur en route an unbeaten 183. He isn t remotely close to his 2011 World Cup final self. If the Celkon Cup Tri-series finale is repeated, many will place their bet on Shaminda Eranga to deceive Dhoni.

Dhoni is undoubtedly running the final lap of his highly-acclaimed career as a finisher, but have all other options been tried and tested?

Why keep him waiting when the run rate has already climbed to eight-and-a-half or nine-and-a-half? From an aggressor to finisher, Dhoni has switched to an enabler in ODIs. It has bore effective results for him as well as the team management.

Remember, strike rate was not the main parameter to evaluate a batsman in the mid-2000s. It became more and more relevant only after the advent of T20s. From 2007 to 2010, anything above 90 was termed healthy. The bar has been on the rise since then. At this stage, the benchmark has moved past the 100-mark.

In conclusion, Dhoni hasn t fared badly. If anything, he has maintained a healthy strike rate. There seems to be little reason why he can t replicate the same in T20Is.

A look at his T20I strike rate

With the Indian top order generally delivering, most of Dhoni s T20I innings have been short yet effective. The bulk of the runs have typically been scored by top-order batsmen like Yuvraj Singh, Suresh Raina, Rohit Sharma and Kohli. This is evident by the fact that Dhoni has scored a solitary fifty from 83 T20Is (he did not have any in his first 75 matches) despite maintaining an average of 35.58.

Dhoni also has an impressive strike rate batting at the top in IPL. He strikes at 141.3 and 147.7 coming in at Nos. 4 and 5 respectively. He has probably earned an extended chance in the shortest format, but in a new role. Batting at 4, he can always set the tone of the innings before Dinesh Karthik, Hardik Pandya and Kedar Jadhav come to blast the opposition. After all, there is no one better to play out the middle overs, with enough steam in the lower order.

There is another aspect to be noted as well. Walking out at 6 in ODIs often leaves the new batsman with 15, even 25, even more overs to spare, thus giving them the time to settle down. This is not the case in T20 cricket: first, very rarely has the No. 6 batsman walked out with 15 overs to spare; and secondly, even if he has, the onus is always on him to score from ball one, since taking time to consolidate and rebuild is a luxury in T20 cricket.

He s a guy who understands various cricketers. He s a very smart guy , stated Kohli while backing his predecessor. It was not an exaggeration.

It was Dhoni who had identified Rohit as an opener. He had made Cheteshwar Pujara bat at No. 3 early in his career. It was Dhoni who extracted the best out of Ishant Sharma (in the 2014 Lord s Test and the 2013 Champions Trophy final). In addition, he eased pressure off Joginder Sharma and Pandya to bowl the last over of vital encounters in 2007 and 2016 World T20 respectively.

It is high time Team India uses Dhoni according to his current abilities. He is still a vital cog of the machinery in coloured attire. The Pallekele and Chennai ODIs (versus Sri Lanka and Australia respectively) served as a reminder of his unmatched composure. Even in the Guwahati T20I against Australia, the lower order faltered after Dhoni s dismissal.

T20 cricket is a ruthless format. It is the youngest child of the sport. It is that kid who wants everything at his/her disposal. Like a nagging child who won t be satisfied with a car toy if he, or she, is craving for chocolates, T20s demands players to be on their toes. It doesn t spare even legends of the game’.

If persisting with Dhoni is the way forward, it is time he gets enough exposure to revamp the T20I beast. It is the only solution for him to stay afloat despite the shortcomings. 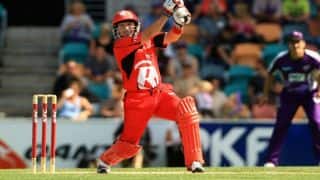 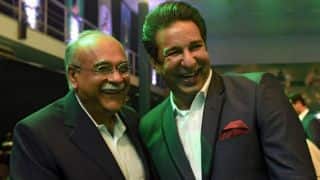