The major reason for the lack of quality in Pakistan batsmen is very simple. Technique.

Cricket has become a fast paced game and limited overs cricket, especially T20 cricket has taken over the minds of most Pakistani batsmen. One thing they need to remember is that at the end of the day it is cricket and it is about hitting the ball with bat.

The major reason for the lack of quality in our batsmen is very simple. Technique.

Technique does matter at the end of the day and in all forms of the game. If you look at successful batsmen these days, most of them have a decent technique, especially a good defence, plus they can play all cricket strokes together with orthodox strokes. Virat Kohli, AB de Villiers, Rohit Sharma, Brendon McCullum, Dwayne Smith, Shane Watson, even Chris Gayle and many others. They play cover drives, the cut, the pull shot, shots over the bowlers head also, not only slog sweeps or the reverse sweep or playing across the line all the time.

Now moving to Test cricket, the recent Test series against Sri Lanka saw Pakistan lose 2-0 and drop to number six in rankings. To be honest Pakistan was outplayed in all three departments. We were supposed to have a much better bowling attack but we lost the first Test after scoring 450 in the 1st innings. Our bowling is also struggling and we have no back-up for Saeed Ajmal once he is gone. We heavily rely on Ajmal in all formats to win us games.

However for me the biggest concern is our batting. The Pakistan team has never struggled this much against any spinner in the past in the way we did against Rangana Herath in this series. Even the likes of Shane Warne and Muttiah Muralitharan were not this dangerous and successful against Pakistan in any conditions. Asian batsmen are always known as good players of spin bowling with Sri Lankan and Indian batsmen being good examples. Sadly that is not the case with the current Pakistan team batsmen apart from one or two.

Everybody is talking about a lack of confidence and positive approach in our batsmen. But don’t forget you need to have a decent technique for confidence. Positive intentions can work for you once or twice but poor batting technique cannot let you be a consistent performer.

In this series other than Sarfaraz Ahmed and one innings from Younis Khan, none of the batsmen seemed to have any sort of game plan. All of them were vulnerable to almost all bowlers. I won’t go deeper into the technical issues of our batsmen but at least we could pick up some methods and approach from the opposition batsmen. They were mostly staying on the back foot and successful and we were hanging on the front foot and kept on edging balls. Sometimes batsmen learn during the innings if they survive one or two mistakes, some after one innings and try not to repeat the mistake again. But most of our batsmen got out four times in more or less the same fashion and to the same bowler.

It’s not only the players’ duty to work on their technique, now we are living in a modern and scientific coaching era where all the percentages, errors, statistics etc are just one click away. Therefore the role of the coaching staff and National Cricket Academy (NCA) is very important to overcome these flaws in our batsmen. Of course you need people who are cut out for roles to do these kinds of jobs.

So do we need to dig deeper? Do we have the right people for the right jobs? If we do then are those people doing justice to their tasks? We have all the facilities at the NCA. The structure is standing there for years and many people are sitting there earning decent money with zero results so far.

Let me be clear on one thing, it’s the system’s failure that we aren’t identifying problems with players before they reach international level. If our domestic structure is good and coaches there are doing their job then players should reach top level after a refining process. If a batsman is scoring heavily on the domestic circuit with a bad technique then that means that opposition coaches haven’t examined him well or the bowlers have been unable to work out the deficiencies of the batsman.

The funniest thing is that if a batsman gets dropped from the international team due to his technical flaws, he makes a comeback again in the international team after performing well in domestic cricket with the same flawed technique. That is something on the selectors and they should also check their criteria. They need to make sure that technical problems have been solved before bringing them back in.

(Mohammad Wasim played 18 Tests and 25 ODIs for Pakistan between 1996 and 2000. The above column has been reproduced with permission from PakPassion.net) 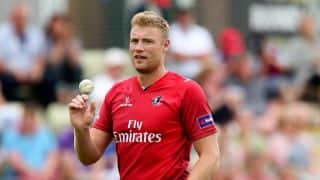 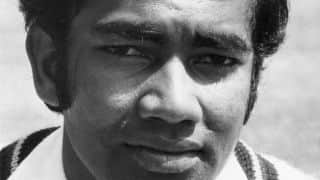