The Pakistan cricket team leaves for South Africa on January 20 ahead of the three match Test series which starts February 1st in Johannesburg. Pakistan have previously lost six out of the nine Test matches they played in South Africa and will arrive as the underdogs, despite possessing what appears to be a settled and well balanced starting eleven. 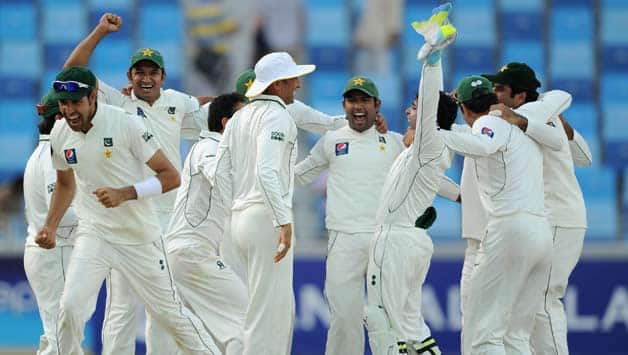 The recent victory in the one-day series in India will help the Pakistanis go into the South Africa tour with a positive mind-set, says Zaheer Abbas © Getty Images

The Pakistan cricket team leaves for South Africa on January 20 ahead of the three match Test series which starts February 1st in Johannesburg. Pakistan have previously lost six out of the nine Test matches they played in South Africa and will arrive as the underdogs, despite possessing what appears to be a settled and well balanced starting eleven.

Speaking to PakPassion.net, former Pakistan batsman Zaheer Abbas feels that whilst South Africa go into the Test series as firm favourites, Pakistan could surprise their hosts if they apply themselves during the Test series and cope with the pressure that Dale Steyn and his colleagues will be looking to put on them.

“The Test series will undoubtedly be a very difficult one for the Pakistani batsmen due to the conditions being unfamiliar and they are going to have to adjust very quickly to the extra bounce available to the bowlers in South Africa. It’s all about the Pakistani top order applying themselves and ensuring they give the talented Pakistani bowling line-up enough runs to defend. The South Africans will look to apply pressure on the Pakistanis and Misbah [ul-Haq] and his team need to be able to cope with that pressure,” said Abbas.

The batsman, nicknamed the Asian Bradman, with 78 Tests to his name for Pakistan, however, feels that the Pakistanis will go into the first Test match underprepared and questioned the number of warm up matches ahead of the game in Johannesburg.

“One four-day match before the opening Test match is definitely not enough, particularly given the conditions are totally different to Pakistan, and also given that Pakistan has not played any Test cricket for several months. They should have played at least two or three warm-up matches ahead of the opening Test match…[it] will be a tough ask for the Pakistani batsmen,” added Abbas.

Commenting on the technical challenges that face the Pakistani batsmen in South Africa, Abbas said, “The key will be knowing which balls to leave out there in South Africa and whether you are going to play the hook shot or not. The Pakistanis will be tested thoroughly by an experienced South African pace bowling attack who will bowl a lot of bouncers at them. The challenge for each of the Pakistanis is to decide on their approach against the short ball and stick to that approach. If the Pakistanis are hesitant and caught in two minds regarding short pitched bowling, they will struggle. My advice would be for each of the Pakistani batsmen to formulate a plan ahead of the Test series and stick with that plan, do not chop and change your approach.”

“The bowling trio of Steyn, Morkel and Philander are phenomenal. The South Africans have a very well-balanced and aggressive bowling attack which offers the batsmen very few easy runs. One of the most important aspects is for the Pakistanis not to go into their shells when at the crease. Yes, occupy the crease, make sure you bat for long periods and try to grind down the opposition bowlers, but also don’t be overcautious; be positive and play your shots when the opportunity arises. The Pakistanis need to ensure that every scoring opportunity is taken, if they go into their shells that will spell trouble,” said Abbas.

Abbas, in addition, thinks that the three mainstays for the Pakistani batting line up will be the experienced trio of Misbah-ul-Haq, Younis Khan and Mohammad Hafeez, and the onus is on this trio to provide the bulk of the runs in South Africa.

“The Pakistani top six has a nice familiarity about it and a certain degree of stability. There’s the experience of Misbah, Younis and Hafeez; in addition, Taufeeq Umar, Asad Shafiq and Azhar Ali have been a regular part of the batting order in Test cricket and that is a good sign. It’s heartening to see a Pakistani team going into a tough series with a stable top six batsmen and whilst all of them have a very important role in the team, I would like to see Hafeez, Misbah and Younis Khan to be [sic] the batsmen who take charge out there and look to play long innings. This series will not be about the batsmen who score a nice 30 or 40; big hundreds are required and the team whose batsmen make those big hundreds will be the eventual winners.”

Abbas also feels that the recent victory in the one-day series in India will help the Pakistanis go into the South Africa tour with a positive mind-set, full of confidence and self-belief.

“Whilst the format was different to Test cricket, a number of the Pakistani squad [sic] touring South Africa for the Test series were also part of the one-day series victory in India and that will definitely lift their spirits and fill them with confidence going into the three-match series in South Africa. Winning matches lifts morale [sic]…I hope the Pakistanis play with the same intensity that they did for most of the one-day series in India.”

Speaking about the importance of Dav Whatmore’s experience for the upcoming Test series, Abbas thinks that Whatmore’s vast coaching experience will have to come to the fore in South Africa as he prepares his team to face the No 1 ranked Test side.

“Whatmore is an experienced coach and that will be very important to the Pakistani side throughout this tour of South Africa. Each of the boys has to take responsibility once they are out on the park [sic], but preparation is very important and that’s where the coach can play a major role. Whatmore will know what to expect and he can definitely play a big part in the possible success in South Africa. He needs to prepare the team mentally and ensure that all of them are ready and focussed for a very difficult challenge.

“If Pakistan plays to the levels they are capable of then they can surprise South Africa, but, the batsmen have to put the big scores on the board. The Pakistan team is one of the best Test sides in the world and I’m hopeful that Pakistan can perform well in South Africa.”