After a thorough hype of laying down rank turners and troubling the South Africans in the second Test, Pakistan failed to capitalise on a golden opportunity of beating the world’s best Test side by 'plotting their own downfall’ as coach Dav Whatmore put. Abhijit Banare looks at the team which has developed a habit of giving sporadic performances. 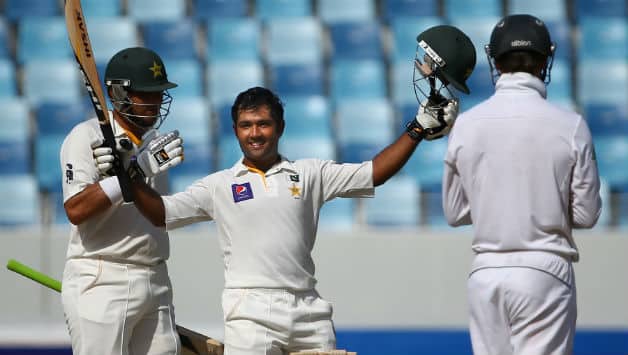 After a thorough hype of laying down rank turners and troubling the South Africans in the second Test, Pakistan failed to capitalise on a golden opportunity of beating the world’s best Test side by ‘plotting their own downfall’ as coach Dav Whatmore put. Abhijit Banare looks at the team which has developed a habit of giving sporadic performances.

In the run up to the second Test, it appeared as though South Africa would be whitewashed on what was expected to be a turning pitch after two or maximum three day’s play. With a world-class off-spinner in the form of Saeed Ajmal and another experienced player Zulfiqar Babar having made his debut, no one gave much chance for the world No 1 side to defend their phenomenal away record. Three days in to the match, the series was virtually levelled with some formalities left for the fourth day. Even the proceedings on the fourth morning didn’t really go South Africa’s way thanks to a usual face putting up a grim resistance for the umpteenth time. Pakistan yet again squandered a golden opportunity to resurrect their confidence by successfully challenging the Test champions.

But looking at their performance, maybe they put more faith in the pitch than the ability of their players to take them through. It’s a typical sporting example where teams that are used to losing have no idea how to seize the moment when they are on course for a win, whereas a champion side knows how to fire their way back from any tough situation.

The confidence in players was the main aspect separating the two teams. The moment when Khurram Manzoor edged to gully on the second ball of the match, the South Africans were pumped up. Their body language seemed as if they were the ones going for a whitewash. Whereas Pakistan who already had the luxury of a 1-0 lead, presented themselves as nothing short of a team trying together and running for nothing more than a draw. And having such a mindset against a champion team is unpardonable.

There will be countless arguments, explanation over the reasons for Pakistan’s downfall in cricket, however, the need to have faith and persist with youngsters is more likely the eventual solution. If players like Asad Shafiq and Manzoor can score tons under pressure, then surely they have the talent pool which is in search of consistency and stability. As discussed in this article, Pakistan’s batting is not going to change overnight just like India’s pace bowling.

But exposure to cricketers in various countries and making good use of A series to allow the players to move out of their comfort zone will yield results. While their Pakistan Cricket Board (PCB) is busy dealing with its own issues of power struggle; on the field, Pakistan needs to pull up their socks not just in performance but also need to grow psychologically. To start winning, the team surely needs to develop a mindset synonymous with a winning team. The importance of a good mental conditioning coach can’t be ignored when the morale of the team needs to be pushed up.

Even in the future, every time Pakistan works hard for a win only to lose later, the fans and experts will always term the victories as luck. And if the slide isn’t arrested, the wins will be a surprise and the losses will be accepted easily. The latter has already seeped in. The irony is, Pakistan haven’t lost their last two series — against South Africa and Zimbabwe, but the nature of losses in each Test explains a lot. A decade later when they look back at these series results, it may not reflect the same turmoil as it is in now.

Surely Pakistan’s road to recovery might take some time but the sooner they start firing as a team the better it is. Or probably that’s what Misbah-ul-Haq will be eagerly waiting for. Until then even a drawn Test series would appear as if Pakistan ended on the losing side.

Glenn Maxwell: The 'million dollar baby’ starting to look worth the money