The announcement was made after Pakistan's marvelous performance in Test matches against Australia and New Zealand.

The Pakistan Cricket Board (PCB) has announced that the Pakistan team will play the ICC 2015 World Cup in white jerseys. The decision was announced on the back of Pakistan’s marvelous performance in the Test matches against Australia and New Zealand.

“This was the same team who couldn’t score one run in six balls to tie a One-Day International (ODI). And look what they’ve achieved in whites! They have scored 2,344 runs at an average of 90.15 per wicket,” said an ecstatic Shahryar Khan, chairman of PCB.

The PCB chief added that he would have still not jumped the gun if it was only about Pakistan’s grand totals. But one moment reaffirmed his belief. “The man who has played 150 One-Day International (ODI) doesn’t have a single century to his name and in the last two weeks he has scored three centuries, including the fastest ever Test century. These are all signs for us to understand and take the cue. The Almighty wanted us to play well and the boys have delivered to the plan,” he said.

Shahryar just couldn’t stop praising his decision and the performance of players. “Look at Ahmed Shehzad. In coloured jersey he behaved like Rohit Sharma, but in Tests, he is nothing less than his doppleganger Virat Kohli.

The PCB also confirmed that in whites, it’s impossible to keep Younis Khan out of the team. But the board is still involved in hectic meetings to finalise what to do with Shahid Afridi. “He treats all formats equally, so we are worried if he starts behaving the same way in the marquee tournament.”

Many former Pakistan cricketers refused to comment stating that they are yet to decide whether to criticise or back this decision. Meanwhile, Shoaib Akhtar has already criticised the move by saying that PCB and selectors are a bunch of in-form jokers.

Last heard, PCB is likely to warn the fans that the white jersey may improve their team’s performance in ODIs, but they will not be liable for any goof-ups during their opening encounter against India. “There’s no way we are going to guarantee a win there (against India). It’s as suicidal as asking Inzy (Inzamam-ul-Haq) to run three and not get run-out!” joked a PCB official. 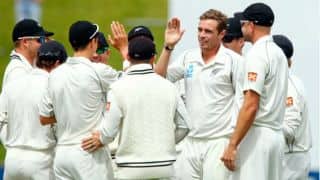 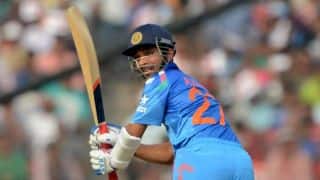