Pakistan vs Australia 2014: Why did Mohammad Hafeez go for a shocking review?

Pakistan vs Australia 2014: Why did Mohammad Hafeez go for a shocking review?

Hafeez took strike to Johnson, who hit him straight on the boot with a scorcher.

Mohammad Hafeez was trapped plumb in front by Mitchell Johnson on Day One of the first Test between Pakistan and Australia at Dubai. It would have crashed into the middle stump with pinpoint accuracy. Yet, Hafeez went for the review. Nishad Pai Vaidya discusses the move that raised a number of eyebrows for what was surely a wasted review.

Mohammad Hafeez shocked the cricket world with an appalling review on Day One of the first Test between Pakistan and Australia at Dubai. Hafeez took strike to Mitchell Johnson, who hit him straight on the boot with a scorcher. The umpire raised his finger without hesitation — it was plumb after all. Hafeez consulted with Ahmed Shehzad and went for the review after a brief chat. The replay only made it clear. Hafeez was hit on the full in front of the middle-stump. Anyone could have given it out with the naked eye.

Then, what prompted Hafeez to go for the review? As a batsman, you do have some sense of judgment as to where you have moved and where the ball is going. Hafeez seemed to have taken a leg-stump guard and as the ball came in towards the middle-stump, he moved the front-foot across to get there. Thus, he wouldn’t have moved too far across the stumps and should have known that the impact was pretty adjacent.

As you can see in this photograph, Hafeez’s bat is behind his pad. The front-foot is facing the bowler and he is in fact hit on the inner side of the foot. Even if Hafeez felt he had moved too far across, he should have been mindful of the fact that the ball hit the inner half. It couldn’t have been clearer to anyone!

The second pertinent question is: What did Shehzad tell Hafeez before he went for the review? As a non-striker, he had the best view in the house, apart from the umpire of course. At times, the non-striker may be non-committal. What if he asks him to avoid the review and they then find out it was not out? The non-striker wouldn’t want to carry the burden of guilt in such a scenario.

Batsmen undoubtedly have this instinct of survival. With the reviews in place, it is that instinct that becomes even more powerful in such situations. It perhaps even trumps logic and holds on to that glimmer of hope — which may allow him to continue in the middle. Hafeez is returning to the Test side after some time out and is keen to prove himself. Some may say that the batsmen have to remember that they have to use the reviews wisely for the cause of the side, but batsmen too are human after all. Hafeez will keep this in mind the next time he faces a similar situation.

On a similar note, one can never forget Virender Sehwag’s reviews in the semi-final and the final of the ICC World Cup 2011. In the semi-final, he was struck in front by the left-armer Wahab Riaz. It was even more plumb in the final when Lasith Malinga hit him on the pads in the very first over. On both occasions, Sehwag went for the review without even consulting Sachin Tendulkar at the other end. People laughed it off: That is Sehwag after all. 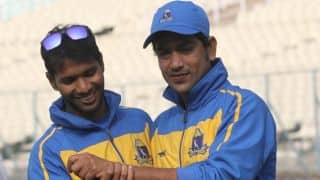 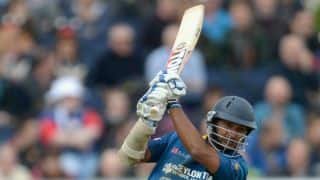