Pakistan tigers roared at Lord s, and how! Sarfraz Ahmed s men turned the tides in their favour to crush England in the first Test, inflicting a humiliating 9-wicket defeat upon them. The seniors Joe Root, Alastair Cook, Jonny Bairstow, Stuart Broad and James Anderson have a lot to ponder upon in days leading to second Test. Lack of application and poor form contributed to England s fall, that has been their Achilles heel since the 2017-18 Ashes.

Pakistan, on the other hand, played without any inhibitions. With no pressure whatsoever, the pace quartet of Mohammad Aamer, Mohammad Abbas, Babar Azam and Hasan Ali made their presence felt. All four bowled to a perfect line and length, and took out the English batsmen one by one. Hasan and Abbas in particular, swung the red ball prodigiously under cloudy conditions, making it a sight to pleasure for Test purists.

Pakistan head into Headingley Test as favourites, with a 1-0 lead. Their last series win (2-0) in England came in 1996, under Wasim Akram. This is probably their best chance to notch up a famous series win against a troubled Joe Root-led side.

Match fixing allegations: On past tours, Pakistan have been embroiled in match-fixing allegations, but this time the tables have turned. England cricket has been hit by allegations in a sting operation conducted by Al-Jazeera. As many as three unnamed English cricketers are under investigation; though both Root and Trevor Bayliss have rubbished these claims. Already trailing the series, such negative attention is bound to hamper team psyche. Pakistan will definitely relish this opportunity to play under the skin of their opponents, who are already burdened with losses.

Under-fire Anderson and Broad: England’s over-reliance on Anderson and Broad has been criticised by media since The Ashes. Anderson was still at his best in the winter, but Broad has looked ordinary at best for some time. With Chris Woakes always in the wings, Broad may not last the summer on current form.

England will definitely take field as underdogs at Headingley. It will be interesting to see how they go about with the comeback. 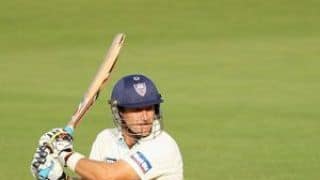