As international cricket returned to Pakistan, it happened so with a bang as the hosts comfortably beat visitors ICC World XI in the first of the three-match T20I series.

As international cricket returned to Pakistan, it happened so with a bang as the hosts comfortably beat visitors ICC World XI in the first of the three-match Twenty20 International (T20I) series of the Independence Cup 2017 at the Gaddafi Stadium in Lahore on Tuesday. Batting first, Pakistan had posted 197 for 5, courtesy Babar Azam s fine 86. As for the World XI, the Faf du Plessis-led side were off to a decent start with the bat, but could not cope up with the pressure of the huge total and fell short by 20 runs. Nevertheless, the match was full of talking points as we have a look at them.

Azam s commendable innings of 86: Azam’s 86 was the match-turner and proved to be decisive at the end. He attacked the World XI bowlers when required as he built the platform for Pakistan s total. His 52-ball 86 consisted 10 fours and 2 sixes. He shared a 122-run stand along with opener Ahmed Shehzad, which allowed Pakistan the platform for the huge total.

Ahmed Shehzad s 39: Shehzad is always under the scanner and he has had to battle a lot of criticism for not converting his potential. However, come the big occasion, Shehzad rose and played an important knock of 39. He struck 3 boundaries in his knock that came off 34 balls. He was the perfect partner for Azam, who was the aggressor.

The World XI had a heroes’ welcome to the Gaddafi Stadium in Lahore #PAKvWXI pic.twitter.com/oPAAc3B8nU

Shoaib Malik s fireworks: Back in 2007, during the inaugural World T20, Malik led the Pakistan side. He has been around the international scene for almost 2 decades now and cometh the hour, Malik showed how much does experience counts. He provided the apt finish with a 20-ball 38, an innings consisting 4 boundaries and 2 sixes. Imad Wasim too struck 2 sixes in the end to finish with an unbeaten 4-ball 15.

Hashim Amla-Tamim Iqbal s steady stand of 43: World XI openers Hashim Amla and Tamim Iqbal made sure that they gave the team the right start. The two batted steadily and contributed to a 43-run opening stand, before the dismissal of Tamim for 18. That did play a role in disturbing the momentum.

Tim Paine-Faf du Plessis fighting stand of 53: Tim Paine, the Australian wicketkeeper added an important 53-run stand with skipper du Plessis for the third wicket. They made sure that they make proper use of the opening stand from Amla and Tamim. However, at the score of 101, the fall of du Plessis wicket changed it all as the team could hardly come up with any partnerships and eventually lost the game by 20 runs.

Pakistan bowlers: Bowling has been Pakistan’s perennial strength and it again stood out on this big occasion. They won the Champions Trophy 2017 courtesy good show from their bowlers. Despite the absence of Mohammad Aamer and Hasan Ali leaking runs, the others stepped up. Imad proved his value in this format, ending with 4-0-22-0, Sohail Khan dismissed Paine and Grant Elliott to finish with 4-0-28-2, Shadab Khan got the South African duo of David Miller and Faf, and Rumman Raees, Pakistan’s hero in the Champions Trophy semi-final, dismissed both the openers.

It always helps the bowlers when you have runs on the board, doesn’t it? 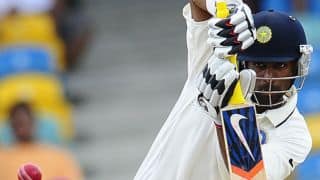